Bhavya Srivastava: “This has been a blessed opportunity” 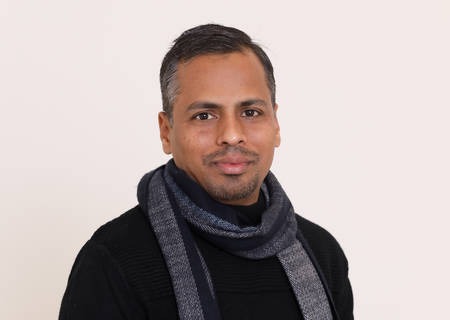 Bhavya Srivastava, a journalist covering religion since 2006, first heard about KAICIID in 2015, when he was reporting on the Parliament of the World’s Religions in Salt Lake City. “It was fascinating for me to find an organization that was doing interreligious dialogue with both governments and religious leaders. That is a very unique aspect of KAICIID,” he recalls.

When he later on heard about the Fellows Programme, he took some time to follow the Centre’s work, the programme and its Fellows before making the decision to apply: “As a journalist, associating with someone is not so simple. I first asked myself how this would benefit my work, because I have to report on and understand every religion. I was analyzing a lot and I was impressed by KAICIID’s work”.

The first training in Vienna exceeded his expectations. “It was very interesting to be there, among people with such a diverse background and very interesting experiences, who want to do something for their religion, community and interfaith dialogue. The first training was shocking. We had experiences that we never expected. I was very impressed by Professors Patrice Brodeur and Mohammed Abu Nimer’s sessions. They are very articulate and have a very deep understanding of this process of interreligious dialogue”.

“I have a really strong impression that KAICIID is really doing good. I am doing a lot of things in my country and covering seminars around the world, or participating in them as a panelist. This experience adds a very important factor in my understanding,” says Bhavya, the Founding Member of the International Association of Religion Journalists.

The second training in Indonesia also marked him, in a different way. The training coincided with suicide bomb attacks that targeted three churches in the country, and he felt it was a challenging situation for the Fellows. “While there were bomb blasts happening, we were talking about interfaith relations. It was a crucial time to test our understanding and see how people act in that atmosphere when violence is happening in the name of religion. We were then visiting all religious centers of Jakarta and it was really amazing to see how they have nurtured their interfaith relations. For me to understand in a Muslim populated country how other religions are treated, how other religions are respected, and how they have cultivated their own presence in the land, was a very practical lesson. This has been for me a blessed opportunity.”

Another concrete outcome of the Fellows programme, for Bhavya, is the capacity to bring together people from different religious backgrounds. “Previously, if I was doing a story on Christians and Muslims, I would speak to each in a different location. Now I have learned the skill to bring both of them to the table. This is very beneficial for me if I am doing a story. KAICIID has given me 100% that understanding and ability to do interfaith dialogue. This is very beneficial for me because I have to cover religion all my life, but ultimately, this is beneficial for the society,” he affirms.

On a personal level, Bhavya highlights how Fellows develop a special bond among each other. In his case, he became part of the “three musketeers” in this year’s international cohort. “Every day after the trainings, there was a special moment for me, Pierre, and Mugu. The three of us became inseparable souls. I am Hindu, Pierre is a Muslim and Mugu is a Christian. We belong to different cultures, religions and backgrounds but we are very close. We joke, we talk, and we get energy from each other. I gained two very good friends from this fellowship”.

Bhavya’s project with the Fellows Programme was a documentary on how interreligious seminars are changing the dialogue between communities. He interviewed organizers and participants of 6 seminars and covered the process of planning and executing. He plans to show the documentary to different audiences as part of his work.

29 Nov, 2018
Faced with rising violence, KAICIID Fellows 2018 graduate with the commitment to promote peace in their communities
END_OF_DOCUMENT_TOKEN_TO_BE_REPLACED