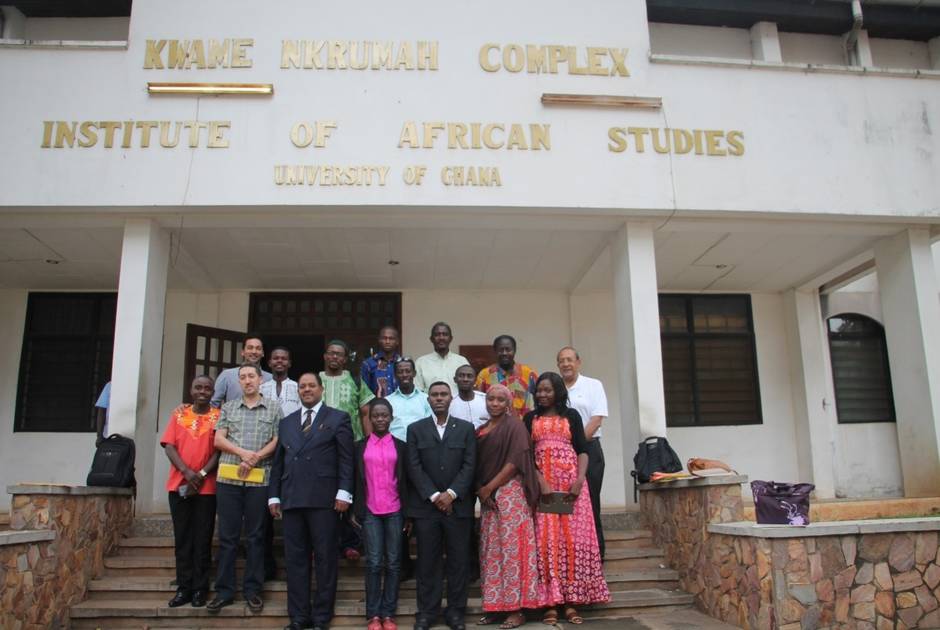 The participants at a media conference on the topic of “Journalism and Religion in Africa” held in Accra, Ghana on July 28-29, 2016 agreed on the need to promote and build better standards for religion coverage in Africa to reduce the risk of tension, conflict, incitement and hate speech.

The conference, which was organized by the International Association of Religion Journalists (IARJ) and hosted by the Institute of African Studies of Ghana University, also featured a panel on interreligious dialogue, and dealt with the larger theme of “Reporting on Religion and Spirituality in Africa.”

KAICIID was represented at the Accra conference by Ambassador Mussie Hailu, Africa Regional Director for United Religions Initiative (URI) and URI’s representative at the Economic Commission for Africa and African Union.

The conference brought together African religion journalists covering religion and scholars from Africa to share resources and methods, and build the relationships needed to produce journalism that is sensitive to conflict, religious identity and spirituality in Africa. Their discussions included inter-religious dialogue, balanced reporting on extremism and conflict and relations between journalists and their sources of information about religion and religious minorities in Africa.

During his presentation on interfaith peace-building work in Africa, Ambassador Hailu highlighted the need to enhance working partnerships among journalists, faith-based and interfaith organizations, as well as African policymakers in order to promote interfaith harmony, and to build trust and understanding. “These steps are necessary to collectively secure peace and addressing the issue of countering violent extremism and radicalization”, he said in his presentation.

Following two days of reflection and deliberation, the participants recognized in particular the role of the media in promoting inter- and intra-faith dialogue for peaceful coexistence, harmony and understanding and the role of journalists in addressing the issue of violent extremism and radicalization in Africa. Among other concrete recommendations emerging from the meeting, the participants agreed:

About the International Association of Religion Journalists

IARJ, founded in 2012, is a global network of journalists promoting excellence in the coverage of religion and spirituality. It provides services and resources to strengthen and support the work of its members. It engages media leaders, educational institutions and communities on the importance of accurate, balanced, and ethical religion coverage to foster understanding. The IARJ Accra event is the first conference organized for African journalists. IARJ has held conferences in Bellagio, Italy, Belo Horizonte, Brazil, London, UK, Boston USA, Brisbane, Australia, and Buenos Aires, Argentina.