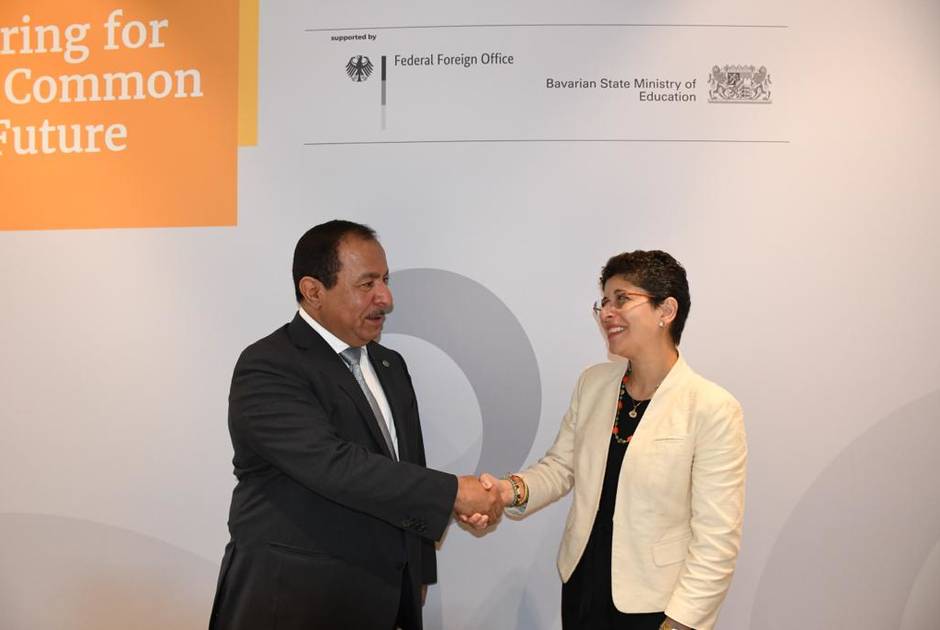 Dr. Karam takes up her new post after serving as Senior Advisor on Social and Cultural Development at the United Nations Population Fund (UNFPA). She also coordinated engagement between members of the Global Interfaith Network on Population and Development, comprising 500 faith-based organisations.

She has also partnered with KAICIID on many initiatives, sharing her knowledge of religion and development and collaborating on UN side events such as “Bearing Witness: Combating Human Trafficking and Forced Migration” and “Keeping the Faith in Sustainable Peace: Women of Faith as Agents of Transformation”.  Additionally, Dr. Karam was heavily involved with the Kofi Annan UN Faith Briefings, as well as UN Strategic Learning Exchange meetings, among them “Partnering with Faith Organizations and Communities” and “Religion Development and Humanitarian Work”.

Dr. Karam has worked with the UN Office on Genocide Prevention and the Responsibility to Protect, KAICIID and other partners in the development and implementation of “The Plan of Action for Religious Leaders and Actors to Prevent Incitement to Violence that Could Lead to Atrocity Crimes.”

She also played a leading role at the first meeting of the Advisory Council of faith-based organizations to the UN Interagency Task Force on Religion and Development, during which KAICIID Secretary General Faisal Bin Muaammar was elected as one of the Task Force’s Co-Chairs, together with Ms. Tarja Kantola, Chair of Finn Church Aid’s Board of Directors.

Dr. Karam will succeed Dr. William F. Vendley, who has been the Religions for Peace Secretary General for the last 20 years and has played an important role as a member of KAICIID’s Advisory Forum.