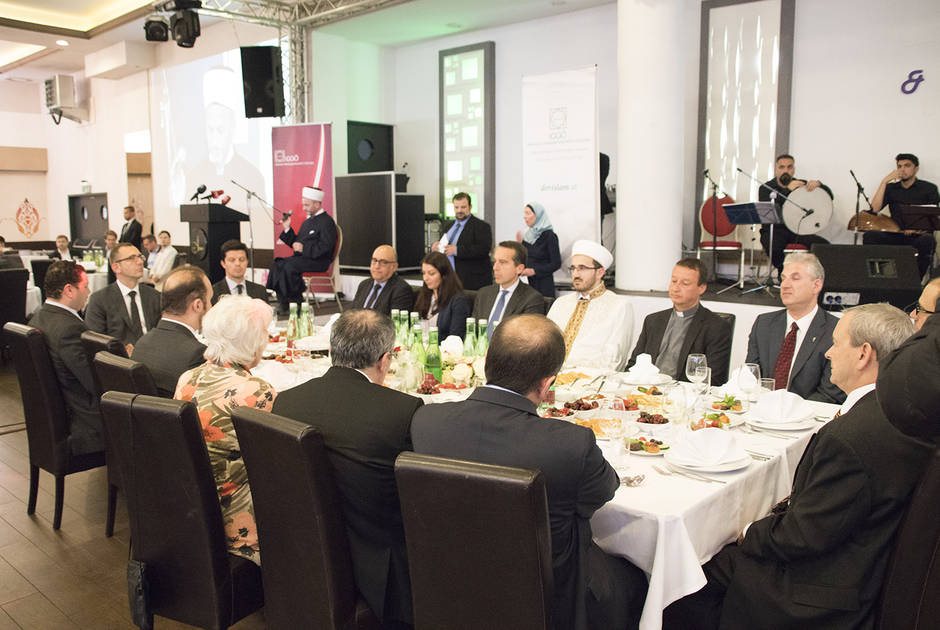 On Wednesday, 7 June 2017 the Islamic Religious Authority in Austria (IGGiÖ), headed by President Ibrahim Olgun, hosted their interreligious Iftar, which was co-sponsored by KAICIID.

State Secretary Muna Duzdar, representatives of all officially recognised religious communities in Austria, diplomats, as well as high-level representatives of government ministries and faith-based NGOs participated in the traditional breaking of the fast.

Speaking on behalf of Muslims in Austria, IGGiÖ President Olgun strictly denounced all acts of terrorism, particularly terrorism committed in the name of religion and underlined that the Islamic Religious Authority in Austria is, and will be, doing all it can to counter radical tendencies. He also called upon all religious communities to unite in solidarity against extremism.

Federal Chancellor Kern stated that commitment to diversity and respect for human rights are fundamental values in Austria. The chancellor also said that any tendencies to treat the 600.000 Austrian Muslims as second class citizens is extremely dangerous. He expressed his commitment to be an ally to confront these tendencies. He stated that combating extremism, intolerance and terrorism is an obligation shared by all and he relies on the Islamic Religious Authority as an ally in combatting terrorism and all forms of discrimination.

In his address General Secretary Peter Schipka stated that fasting during Ramadan represented an act of freedom, since each believer exercises her or his free will in choosing to fast. In that sense, fasting is a sign of freedom, which also includes the freedom to respect and protect the rights of all people of different beliefs and convictions.