Amid Fears of Violence Ahead of Presidential Election, Nigerian Religious Leaders Call for Peace 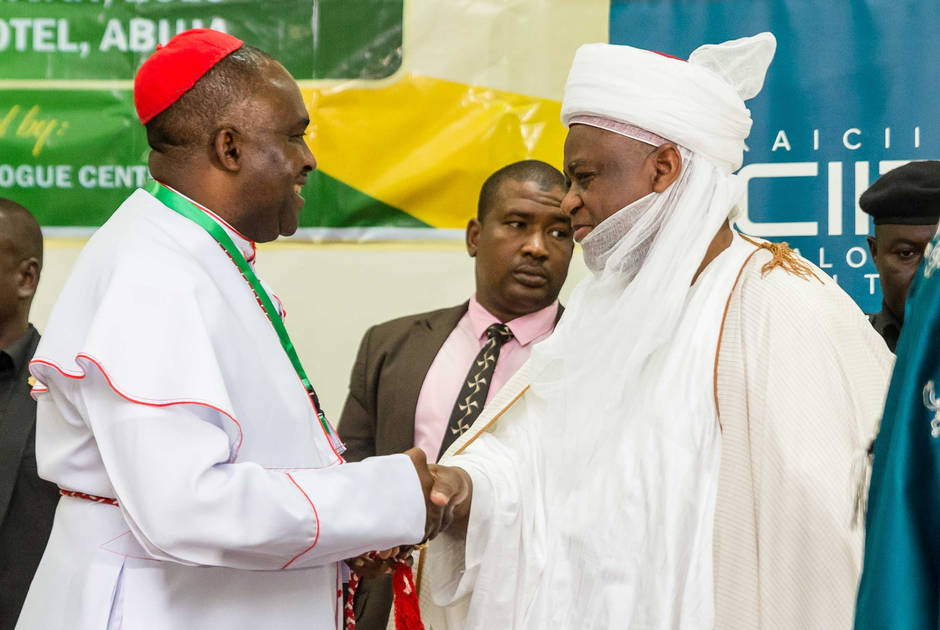 18 December 2019: Fears are growing in Nigeria that the upcoming presidential election that will be held on 16 February may be accompanied by violence, and that religious identities may be misused to stoke conflict. Muslim and Christian religious leaders from across Nigeria have come together and committed to calling for peace and interreligious solidarity among their communities.

During the conference “2019 Election and National Security: The Role of Interfaith Communities” hosted by the Interfaith Dialogue Forum for Peace (IDFP) with the support of the Vienna-based International Dialogue Centre (KAICIID) on 15 January 2019, religious leaders met to discuss their role in stopping hate speech and how they can coordinate their efforts and messages to prevent conflict through preaching solidarity and understanding.

The Secretary General of KAICIID, Faisal Bin Muammaar, addressed the gathering via video message and commended the dedication of Nigeria’s religious leaders and their efforts to work together toward social cohesion in their country through interreligious dialogue.

“We at KAICIID believe in what you are doing. We support you and will continue supporting you. You are a model of success, and through engaging in dialogue among your communities, you show the rest of the world that the Nigerian people are overcoming conflict and building bridges through interreligious dialogue.”

The meeting was opened by the Sultan of Sokoto and President-General of Nigeria Supreme Council for Islamic Affairs, Alhaji Sa’ad Abubakar III, and President of the Christian Association of Nigeria, Dr. Samson Ayokunle who called on religious leaders to remain neutral before, during and after the coming general elections.

“As religious leaders, we should be careful about what we say to our followers in churches and mosques, bearing in mind that we will all one day stand before Allah and account for our deeds,” said Abubakar addressing the press prior to the meeting. “We should never allow ourselves to be used by any political party or candidate.”

Dr. Ayokunle in his address commended those who are working toward peace and called on religious leaders to resist political influence and to focus on national cohesion.

“Nigeria is one of the most fortunate countries of the world but it also has many unutilized opportunities. Religious leaders should not set the country on fire through their utterances.”

The IDFP urged Nigerians to discourage hate speech because religion is a central factor in the election, and called on politicians and public servants to withhold from instigating religious and ethnic tensions and concentrate on good governance anchored in justice, equity and respect for human rights.

This meeting was the second annual meeting of the General Assembly of the IDFP. The meeting will be followed by regular meetings of select bodies of the IDFP throughout 2019 that will coordinate the implementation of their Action Plan, which focuses on the promotion of interfaith education, freedom of religion, the protection of holy sites, interfaith exchanges, media sensitisation and countering hate speech.

The Interfaith Dialogue Forum for Peace (IDFP) is a Nigerian national interfaith and intercultural dialogue forum established in January 2017 in a process facilitated by International Dialogue Centre (KAICIID), Vienna. The Forum has as its central objective: the peaceful coexistence of adherents of all government recognized religions and ethnic groups in Nigeria. 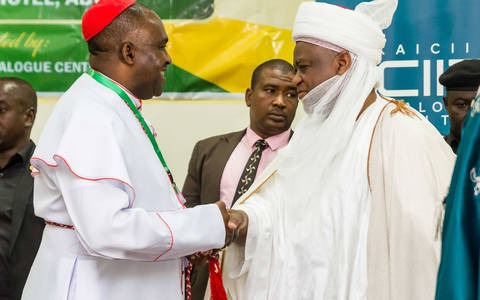