From Across Asia, Religious Voices Call for Diversity to be Cherished and Protected 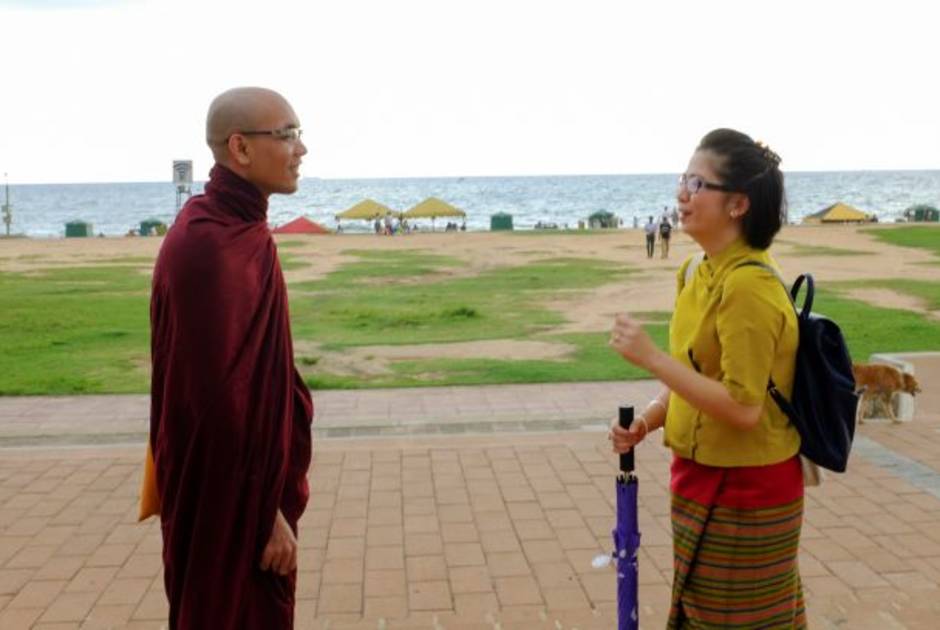 Over 50 Religious leaders, together with representatives of faith-based organisations, senior policy makers from pan-Asian regional intergovernmental bodies as well as experts and researchers, gathered virtually today to discuss how interfaith cooperation is being used in Asia to address joint challenges ranging from climate change to economic disadvantage.

The consultation, which gathered participants from 16 different time zones, was the fourth in a series of regional meetings forming part of the G20 Interfaith Forum process, which connects religious communities from across the world in a wide-ranging process of consultations on themes ranging from the impact of the COVID-19 pandemic to governance and faith, socio economic challenges and protection of the environment.

“This G20 interfaith forum provides an annual platform with networks of religiously linked and faith inspired actors on a global agenda within the frameworks of the United Nations’ Sustainable Development Goals and the host country, the Kingdom of Saudi Arabia, this year,” said Faisal Bin Muaammar, KAICIID Secretary General.

“KAICIID is honoured that we are part of this organizing committee. Hopefully we will bring something to the G20 summit that will reflect the joint work between some of the most important organizations in the interfaith business.”

The participants’ discussions reflected on the fact that religious diversity and interreligious cooperation are facts of life across many countries in South and South East Asia, but also called for better integration into policymaking of measures to protect such diversity.

Participants from countries across the region warned of growing polarisation, and called for religious voices to be recognised as resources, not only on humanitarian and health issues such as COVID-19, but also as ethical and moral guides for policymaking.

“Diversity defines the character of the continent. (But i)nterfaith collaboration in the region often stops at the level of just being there to present agendas, it does not really enrich practice on the ground,” said Dr. Kezevino Aram, KAICIID Board Member and Director of the Shanti Ashram in India.

“Our hope is that the G20 Interfaith will be recognized as a formal engagement group because we think that these religious voices, both in their practical, but also in their ethical and moral stance, belong at the policy tables.”

The discussions at the meeting were focused on three themes: education, youth and women; the rule of law, rights and religion; and how religious groups can be mobilised to respond to disasters and environmental degradation.  In each area, participants stressed, religious voices have an important role to play:

“We often assume that religion is retrogressive, but in actual fact, many of the religions in Asia have been helpful with their contributions to gender equality and the fight against corruption,” said Dr. Dicky Sofjan, Principal Investigator at the Indonesian Consortium for Religious Studies (ICRS).

“The G20 needs to make a strong stand for religious freedom, not just in Asia, but all over the world. With the rise in populism and conservatism we need to think of policy and legal infrastructures to ensure that Freedom of Religion and Belief is guaranteed in all the countries we are working in” said Dr. Sofjan.

The meeting will reconvene for a second day tomorrow, 6 August, and will culminate in the presentation of a series of recommendations to policymakers on the thematic focuses of the G20 Summit.

The International Dialogue Centre (KAICIID), with key partners the G20 Interfaith Forum Association, the United Nations Alliance of Civilizations (UNAOC) and Saudi Arabia’s National Committee for Interfaith and Intercultural Dialogue are jointly supporting the consultations, which will help shape a final series of recommendations to world leaders attending the G20 summit, scheduled to take place in Riyadh in November.