75 Years of the United Nations: How Dialogue Strengthens Multilateral Diplomacy 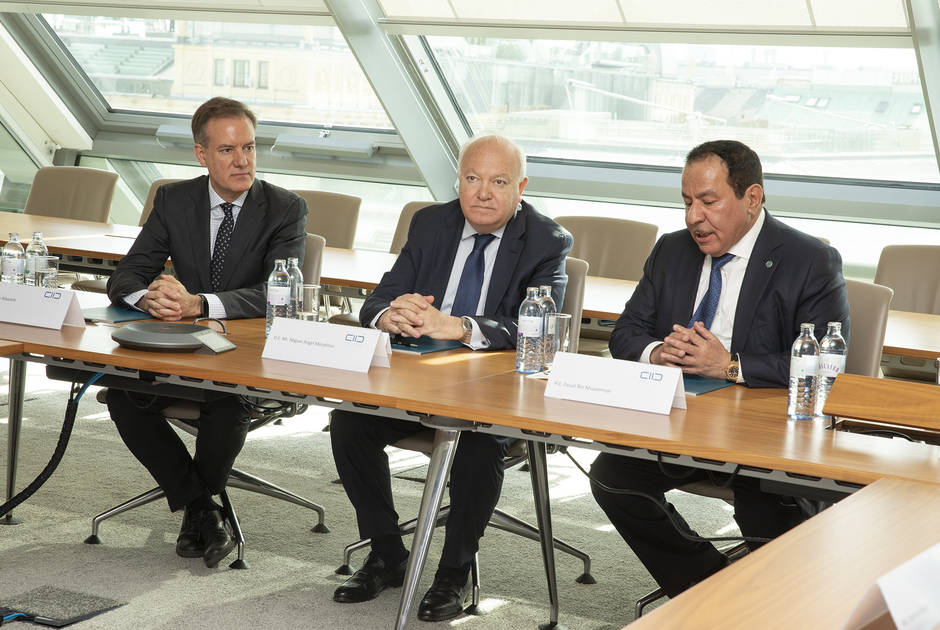 As the world marks the 75th anniversary of the United Nations, the relevance of multilateral diplomacy is evident now more than ever.

The scourge of the COVID-19 pandemic has served to multiply and enhance the systemic political, economic, social and environmental issues that have affected the wellbeing of the human family since the founding of this great institution – itself the embodiment of the multilateralist approach to human development.

However, in pursuit of development, a contradiction is discernible in global affairs. On the one hand, we are facing global impact trends which require systematic responses through multilateral cooperation. On the other, we are witnessing a tendency towards fragmentation of the international order, where actors express increasing skepticism towards such cooperation.

In this context, the United Nations constitutes a unique global influence and is needed more than ever to stimulate fresh momentum towards multilateral cooperation which engages actors from a broad spectrum of arenas, including governments, civil society, and the private sector.

We have witnessed the profound impacts crises such as the COVID-19 pandemic can have at international, regional and local levels. Crises such as these amplify systemic weaknesses in the infrastructure of international cooperation. They exacerbate existing vulnerabilities in governance systems, as well as in inter-communal relations, and intensify grievances and social and economic inequalities around the globe.

The social contract between states and their populations risks further erosion, creating frustration and an increasing need to fill existing gaps. In societies around the world, especially in vulnerable and conflict-affected societies, uneven and inconsistent responses to the current pandemic have further weakened the social compact as well as trust among religious and ethnic groups, shrinking spaces for dialogue and cooperation. More disconcertingly, evidence of systemic discrimination, compounded by the increasing blight of poverty, have worsened suffering, creating ample space for growing mistrust and hate speech, often leading to violence. The current pandemic can also be viewed as a reminder of the imminent risks that may be wrought by climate change-induced disasters.

In this context, collective and coherent responses to pressing socio-economic challenges are key to alleviating the negative effects they can, and most probably will, have on peace and sustainable development.

This endeavor can be enriched significantly by the constructive contribution of religious leaders and faith-based organizations (FBOs) across the globe. Their leadership, rooted in prophetic and spiritual values, can establish and promote interfaith cooperation in a space were religion and human rights support and reinforce each other and where all members of a society have a voice, independent of their race, age, gender, religion or other identity factor.

Multilateral, intergovernmental organizations such as the International Dialogue Centre (KAICIID) can contribute to the global Agenda 2030 and support the UN in the expansion of multi-stakeholder partnerships worldwide. Together we can convene, mobilise and support the growing community of diverse, yet like-minded actors towards sustainable and inclusive development, based on a human-centered approach.

One of the main prerequisites for sustainable development is peace and there can be no peace without sustainable development. Religious leaders have acknowledged this interdependence, operating at grassroots levels to support local communities and promote their livelihoods. They have distributed aid, facilitated and provided education (both formal and informal) and acted as main focal points for spreading messages of peace and reconciliation.

The unique value of FBOs and their contribution to global development agendas were recognised by the UN through the establishment of the UN Interagency Task Force on Religion and Sustainable Development (UN-IATF) in 2010, which today includes more than 20 UN entities. In addition to this informal structure that provides policy guidance on engagement at the intersections of religion and the UN pillars of development, human rights, peace and security, the IATF took a further step through the establishment of the Multi-faith Advisory Council (MFAC) in 2018. The MFAC, an informal and voluntary entity, previously chaired by KAICIID and comprising more than 40 diverse religious leaders and FBOs, supports the work of the IATF, mirroring the thematic areas of the UN’s mandate.

In a world where ‘distance’ is increasingly understood as ‘safety’, we must work hard to avoid normalising isolation in favor of fragmentation and the erosion of multilateralism. Dialogue here assumes a principal role in overcoming these newly established detachments, and brings us close to each other, towards our common good.

At this moment of intense global polarisation, governments, civil society, including religious actors, can together transform this reversal of the conditions for human development into a historic leap forward by collapsing existing silos through dialogue.

However, with opportunity comes responsibility. We all need to think how we can strengthen the peacebuilding and social cohesion thumbprint of multilateral diplomacy, while maintaining a strong sense of accountability to the individuals and communities who form “the peoples” that have signed a historic document 75 years ago in San Francisco - the Charter of the United Nations.