500 Years of Reformation: The Life and Legacy of Martin Luther 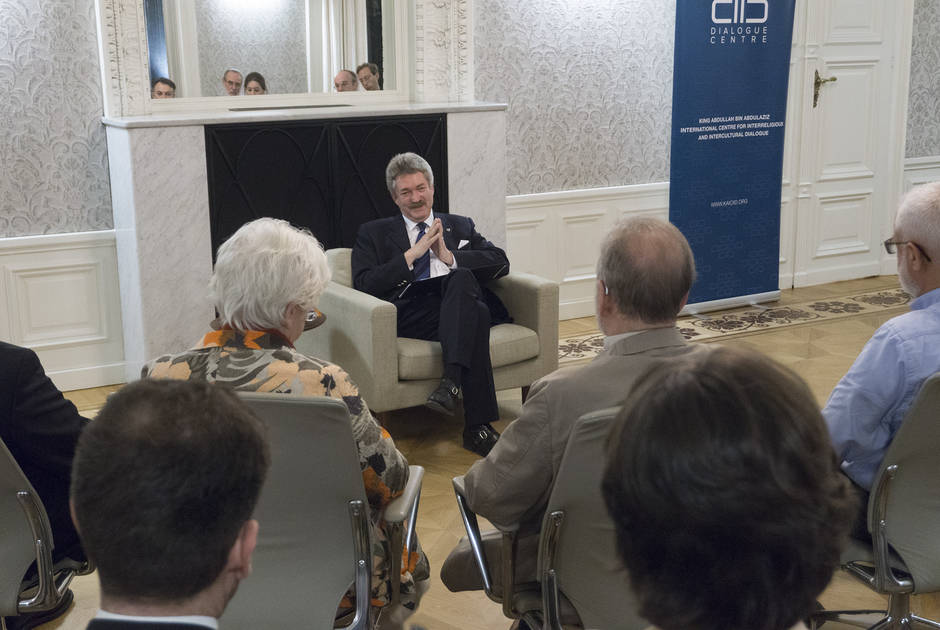 2017 marks the 500th anniversary of the year Martin Luther posted his 95 Theses – questioning practices within the Catholic Church – on the door of the castle church of Wittenberg, starting the Reformation, and thus bringing lasting changes to Europe and the world. In honour of this momentous occasion, KAICIID hosted a lecture by Dr. Michael Wolf, Minister of the Protestant Christuskirche in Vienna, on the life and legacy of Martin Luther, the most emblematic figure of the Protestant Reformation.

In an engaging lecture, Dr. Wolf recreated for the audience the turbulent times of the sixteenth century, and described the radical socio-economic changes that allowed the Reformation to take hold. He also described the famous "Edict of Worms" of 1521, which demanded Luther recant his writings, and which forbade "anyone from this time forward to dare, either by words or by deeds, to receive, defend, sustain, or favour the said Martin Luther...". In turn, Martin Luther stood up to Emperor Charles V in Worms, and refused to retract his propositions. Instead, he referred to his conscience, which he said, was answerable only to God. The warning of the Edict of Worms to prevent the spread of Luther’s message came too late – the movement had taken hold in Germany and beyond.

The fireside chat was very well received by the captivated audience and was followed by an engaging discussion on the historic events as well as contemporary challenges facing not only the Protestant Church but also other religious traditions.

The lecture was part of the International Dialogue Centre’s German-language open-house lecture series ‘Religions in Dialogue’ on world religions, interreligious dialogue and coexistence, regularly hosted at its historic headquarters in Vienna. The next talk will be offered on 30 November by Prof. Dr. Polak on "Interreligious Dialogue in a Migration Society: a Catholic Perspective". To register please send us an email at [email protected]