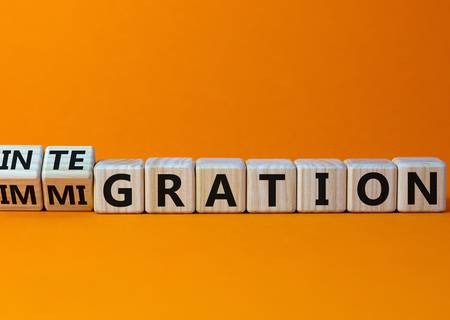 Dozens of religious leaders, policymakers, grassroots activists and other experts gathered virtually for the 2nd European Policy Dialogue Forum on Refugees and Migrants on November 3 and 4 under the motto of “Contributing to the social inclusion of refugees and migrants in Europe through interreligious and intercultural dialogue”, thus addressing some of the most important barriers to social inclusion for refugees and migrants throughout Europe.

The 2nd European Policy Dialogue Forum hosted 80 participants from 18 European countries and featured three areas of discussion. These included strengthening social inclusion for refugees and migrants in education, finding ways to enable interactions between refugees and local host communities in an effort to learn from each other and trustbuilding and reshaping narratives on discussions about migration, with a focus on tackling derogatory discourse and hate speech.

The forum opened in the aftermath of a terrorist attack in the centre of Vienna on Monday night when a gunman who went on the rampage fatally shot four people and wounded dozens of others in the hours before new coronavirus restrictions were due to come into force.

A statement of condolence and solidarity by the International Dialogue Centre’s Board of Directors can be read here.

In the opening remarks, H.E. Faisal bin Muaammar, Secretary General of KAICIID, spoke about the tragedy in Vienna and offered condolences to all those affected. “I speak this morning with a heavy heart.  KAICIID’s host city Vienna came under attack last night as people enjoyed a final evening of social interaction before this great city goes into curfew and lockdown due to COVID-19.”

“We at KAICIID grieve for the innocent victims. We offer our deepest sympathies to the families and loved ones of those affected by this horrible act,” he said.

Bin Muaammar continued: “We are numb with horror that violence of this kind has found its way to this city of peace, this city of culture and beauty, which for centuries has been a beacon of civility, openness and compromise. We pledge our support to the national and civic authorities. We stand with Vienna. We stand with Austria.”

Around 70 million people are currently displaced worldwide as a result of persecution, conflict or violence. According to the UNHCR, wars, violence and persecution have driven record numbers of people from their homes in recent years. The agency’s yearly Global Trends report found that over 86.5 millionchildren, women and men were forcibly displaced at the close of 2019, the highest number in the organization’s history.

The 2nd European Policy Dialogue Forum took the form of two plenaries followed by four working groups which discussed and made policy recommendations on improving social cohesion measures for refugees and migrants. The working groups took on a number of challenges, including how to address challenges through best practices, developing joint proposals and policy recommendations, and improving methods to reach policymakers, religious actors and other relevant stakeholders.

“Integration is one of the most important ways to keep societies cohesive and thereby peaceful and therefore it is very important for us to support this,” said H.E. Ambassador Jörg Wojahn, Representative of the European Commission to Germany.

Speakers highlighted conditions which would improve the social inclusion of migrants and refugees, including employment and access to education. “The integration of migrants is an issue that depends on both the gate of entry, so the conditions under which migrants are coming to a destination country and the perspectives these people are having on the ground,” said Dr. Rainer Münz, former Special Adviser on migration and demography at the European Political Strategy Centre.

“These perspectives are defined by migration policies, integration policies and citizenship policies,” he continued. “It is important that we understand this full range of conditions. Refugees do not usually come for economic reasons to a particular place but because they seek protection from a situation they are fleeing.”

Speakers also highlighted opportunities for religious leaders and women religious leaders in enhancing integration and inclusion. “Any kind of integration and inclusion is going to be far more sustainable if it is framed in a worldview that is the worldview similar to the origins of those people who are arriving into the community,” said Canon Dr. Sarah Snyder, Archbishop of Canterbury's Special Adviser for Reconciliation and Founding Director of Rose Castle Foundation. “We all know that but there is an enormous difference in thinking through the cultural as well as the religious dimensions of a new community with the lens of your home community and that does mean that women religious and religious leaders are very well placed to be able to support that.”

Refugees and migrants in Europe are often impacted by fake news and disinformation which continues to be a barrier to their social inclusion. “Fake news are hampering a proper understanding of migration,” said Juan Fernando López Aguilar, Member of European Parliament and Chair of the Committee on Civil Liberties, Justice and Home Affair (LIBE) in the European Parliament. “Many people are inclined to think that migrants may be a threat to them - in cultural terms, or in social terms. But migrants can be a true and effective asset to the fulfilment of the European promise and our way of life”

He continued: “We believe that the successful integration of migrants is part of an integral understanding of the cohesion in the EU and its member states. The EU needs migration to regreen is demography. It takes migrants to keep the EU on its feet. The Social inclusion of migrants is not just critical to foster cohesion of the member states, but also an important policy matter."

The second edition of the European Policy Dialogue Forum followed the inaugural Forum, which was held in Athens, Greece in October 2019, and brought together grassroots activists from the KAICIID-supported platform Network for Dialogue, as well as religious leaders, policymakers, and other experts. Sixty international participants discussed the challenges of improving pathways to integration, both on the ground and at the policymaking level to improve social inclusion measures for refugees and migrants in Europe.

The 2nd European Policy Dialogue Forum was originally due to take place in Bonn, Germany, under the German presidency of the European Union, supported by the German Foreign Ministry and the European Commission Representation in Germany. The Forum was moved online because of the global COVID-19 pandemic.