‘Religions in Dialogue’: Lecture on Arabic and Greek Papyri by Dr. Lucian Reinfandt 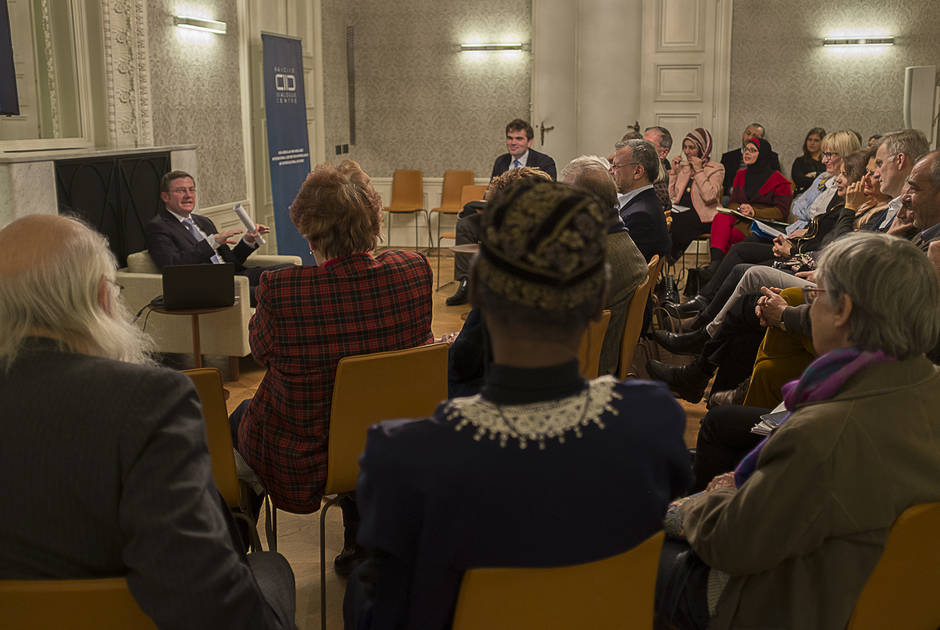 As an expert in Middle Eastern studies, papyrologist and a scholar of early Islamic history, Dr. Reinfandt explained that Vienna is home to a rich treasure: with over 160,000 historical artefacts, the Austrian National Library’s Papyrus Department and Museum hosts the world’s largest Arabic papyri collection.

As basis for his lecture, Dr. Reinfandt proposed four theses and anti-theses on how to view religion from a historian perspective:

Following a lively Q&A session, the interested public engaged Dr. Reinfandt in dialogue at a reception concluding the evening. The catering was provided by ‘Habibi & Hawara’, a social enterprise in Wipplingerstrasse providing refugees with an opportunity to work.