Women of Faith: "Our Voices Must be Heard" 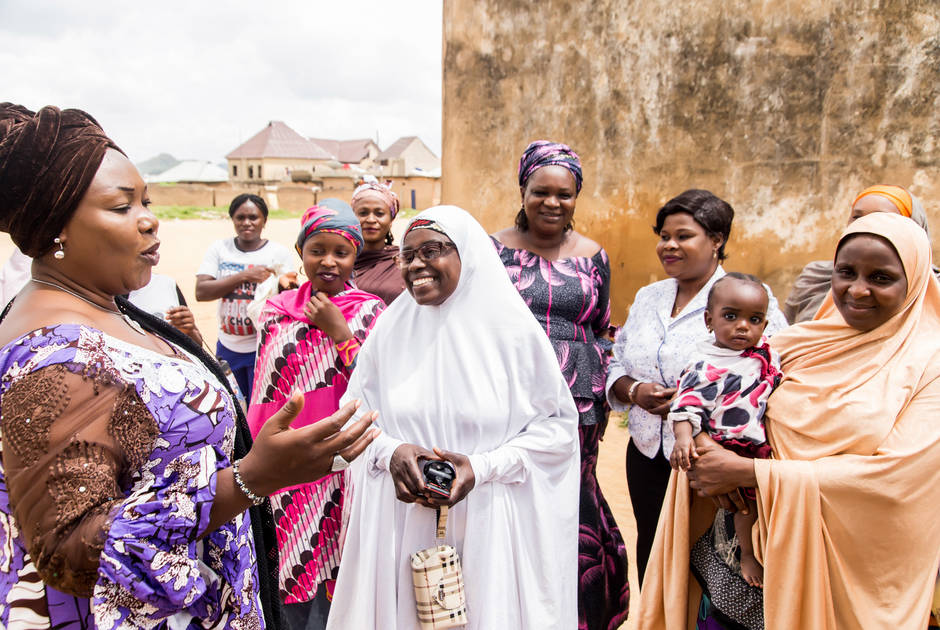 Plateau State, which bills itself as Nigeria’s “home of peace and tourism,” has been marred by violence since 2001 when tensions erupted over resource scarcity.

“It was a disaster. More than 2,000 people were killed, their houses burned, churches and mosques destroyed. The capital Jos became polarised with Christians and Muslims moving to different areas,” Justina Mike Ngwobia said of the factional divisions that still permeate her homeland.

Justina is a KAICIID International Fellow and executive director of the Justice, Peace and Reconciliation Movement, an interreligious organization based in Jos that works across faith, culture and tribal lines to resolve conflict. Her passion for interreligious and intercultural dialogue emerged when she moved from a predominantly Christian part of Eastern Nigeria to Jos, which is home to a significant Muslim population.

“I discovered the crisis was largely the result of political manipulation: people were using different religious groups for their own selfish gain, leading to violent conflicts. My motivation grew when I visited people in rural communities and saw how they were suffering and struggling to survive,” she said.

In 2016, to help heal the wounds of ongoing conflict and prevent further outbreaks, Justina paired together more than 30 Christian and Muslim women from six communities in Jos North for dialogue on peace and security issues in the region. This initial three-day workshop focused on building women’s confidence and capacity in peacebuilding, decision-making, dialogue, and conflict analysis. At the end of the training, participants committed to becoming active peace actors and ambassadors in their communities and to promoting interfaith cooperation, understanding, tolerance, and mutual respect. By bringing Muslim and Christian women into each other’s lives and homes, Justina’s Women Peacebuilders Network has helped dissolve lingering resentment.

“Most of the women had never entered the others’ neighbourhoods since the 2001 crisis. Now Muslim and Christian women are inviting each other into their communities, going across town and going to the others’ area. They have started visiting Muslim and Christian traditional leaders. They have a voice now and are saying they are tired of this crisis. They want to learn to live together as one people,” Justina said.

Since 2016, the Women Peacebuilders Network has expanded to 10 communities in and around Jos. More than 65 women, ranging in age from 18 to 50, have participated in small intimate dialogue sessions and empowered their neighbours to do the same.

One participant said the network has given her the confidence to contribute more meaningfully to society while others say it has empowered them to stand up and work towards positive change. 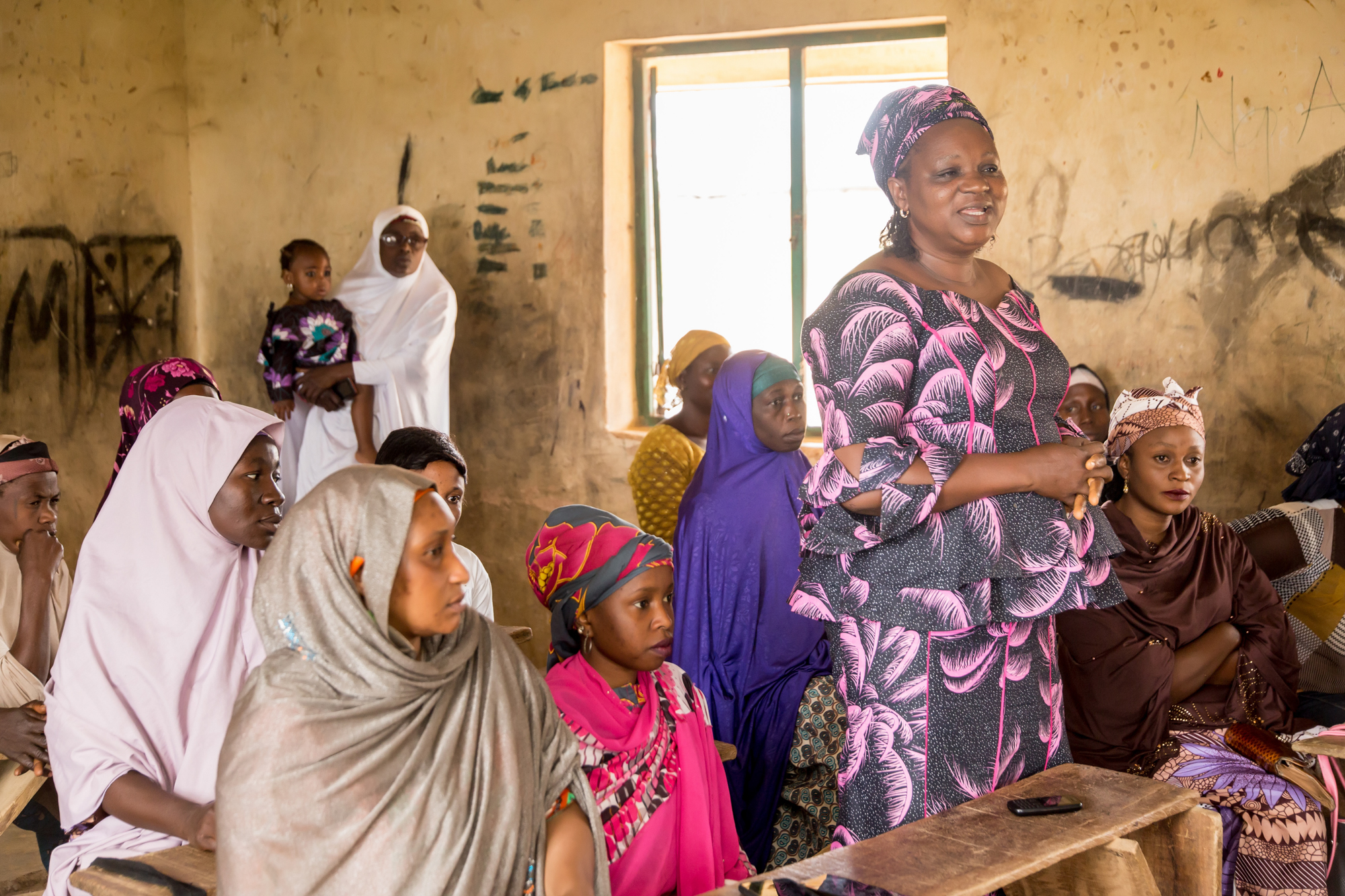 “If women are trained and have the capacity to take care of their families and instil good values in their children, those children will grow up to be responsible and won’t become perpetrators of violence,” Justina said.  “Women are natural peacebuilders. When you build up a woman they will be able to build a better family and that will translate into a better society.”

Justina is now working with the United Nations Entity for Gender Equality and the Empowerment of Women (UN Women) to increase women’s involvement in government and decision-making processes in Nigeria and expand her Women Peacebuilders Network to neighboring states and regions most affected by Boko Haram.

“The Boko Haram incidents have rocked parts of Northeastern Nigeria and have led to the displacement of millions of people in these communities and the loss of life and livelihoods. Muslims and Christians have been killed, abducted and displaced. We need to address this crisis through dialogue if we’re going to find peace again,” Justina said. 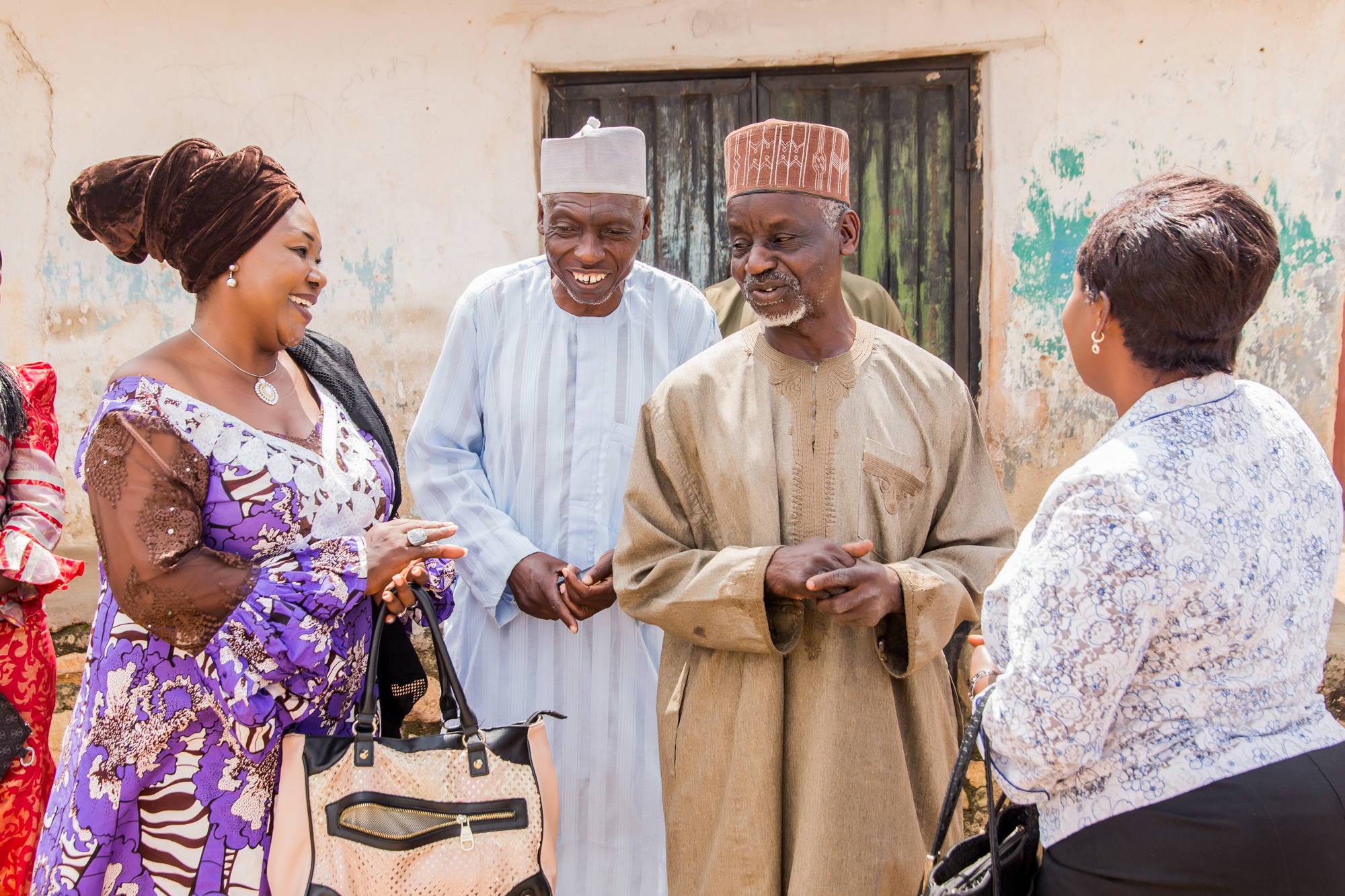 “People go to social media and say all kinds of things against other communities or political parties or just one another. This has become religiously tinged with Christians spreading hate against Muslims and Muslims against Christians,” Justina said. “The women we train are adding their voices to this conversation, telling people to dialogue instead of resorting to violence. It’s making an impact. These women have helped calm tensions in areas where violence could have been intense.”

In 2019, the Justice, Peace and Reconciliation Movement will open its Peace Orientation and Conference Centre in Jos. The centre’s day-long and week-long trainings will primarily target women and address conflict resolution and transformation, interreligious and ecumenical learning, democracy education, human rights, and gender sensitization. The centre aims to create platforms where women and other community members can dialogue together in search of lasting and sustainable peace for Northern Nigeria.

“Women in Nigeria have always been relegated to the background, but we cannot be separated from this process. We are integral to peacebuilding, and our voices must be heard,” Justina said of her hopes for the new centre. As the Women Peacebuilders Network continues to grow, its members’ calls for interreligious and intercultural dialogue as alternatives to violent conflict are louder than ever.

As a child growing up in Nigeria, Fatima Madaki hoped to study medicine, believing that to be the best way of saving lives... END_OF_DOCUMENT_TOKEN_TO_BE_REPLACED

Trained in the art of interreligious dialogue, these faith leaders are making Nigeria a more peaceful place. For those... END_OF_DOCUMENT_TOKEN_TO_BE_REPLACED

Against the backdrop of prolonged unrest throughout the Central African Republic (CAR), the remote town of Obo was plunged... END_OF_DOCUMENT_TOKEN_TO_BE_REPLACED