Women’s Empowerment: A Critical Step towards International Peace and Security 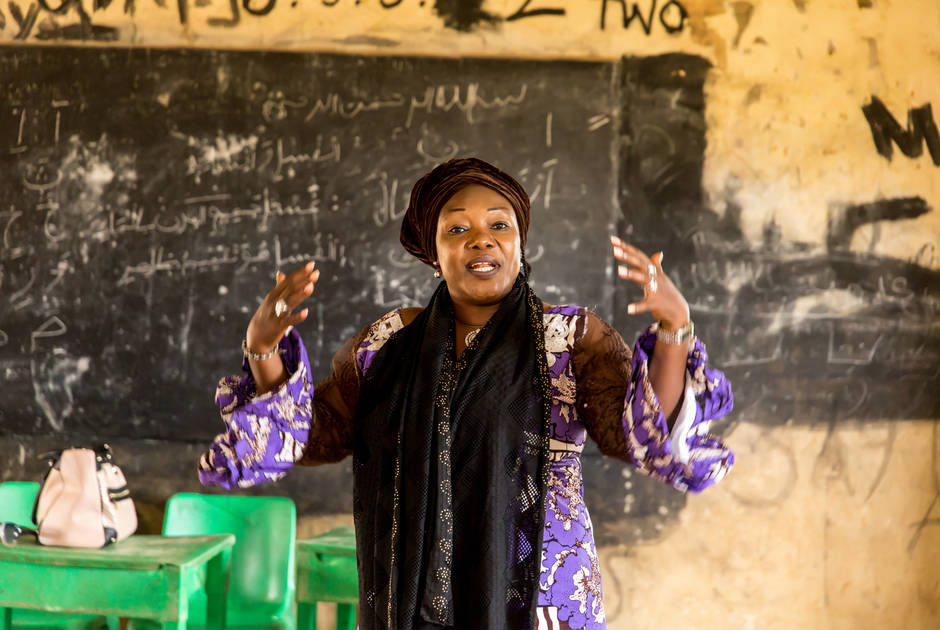 This year the United Nations is celebrating the 20th anniversary of the adoption of Security Council Resolution 1325 (2000) on Women, Peace and Security, a landmark resolution which recognises the immense contributions of women to international peace and security, as well as their vital role in conflict prevention, peacekeeping, conflict resolution and peacebuilding.

In Nigeria, KAICIID Fellow Justina Mike Ngwobia has heeded the call of the United Nations by working to build the capacity of women leaders to prevent conflict and ensure their full participation in peace processes.

For Justina Mike Ngwobia, women’s empowerment lies at the heart of achieving global prosperity and putting an end to violent conflict.

“Women make up almost half of the world’s population. Any society which neglects this significant human resource potential cannot achieve meaningful development,” she said.

These principles are enshrined in the 2030 Agenda for Sustainable Development and United Nations Security Council Resolution 1325, which underscores the impact of war on women and their integral role in creating peaceful, just societies. The resolution calls on Member States to take special measures to protect women and girls in armed conflict, particularly from gender-based violence, rape and other forms of sexual abuse.

Even before COVID-19 threatened to break down security structures and escalate violence and human rights violations, conflict and instability already disproportionately affected women and girls. Yet, only 6 per cent of the 1,860 peace agreements reached worldwide between 1990-2019 have included provisions which specifically address violence against women.

“Conflict impacts women differently than men,” Ngwobia said. “In almost all parts of the world, women are facing threats to their lives, health, security and wellbeing due to being overburdened with work and their lack of power and influence.”

Ngwobia believes that failing to include women in peace processes only serves to worsen inequalities and escalate conflict situations. “That is why the United Nations Security Council Resolution 1325 is a key policy document that has recognised the importance of women’s inclusion and participation in peace and security.” 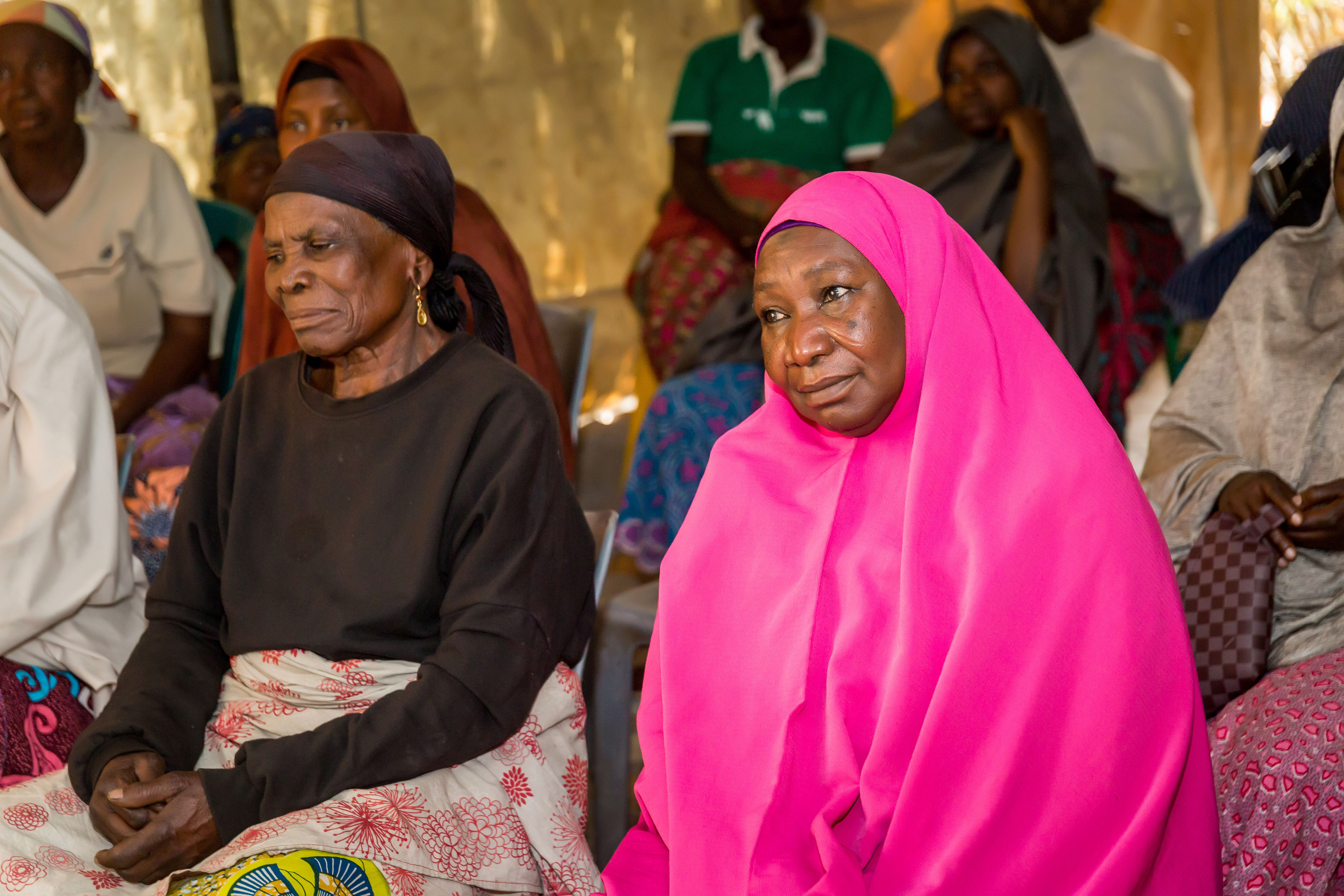 Women represent half the global population but the vast majority of peace agreements reached since 1990 fail to reference their conflict experience or post conflict contributions.

The role of women in peace and security

Ngwobia has worked to include women in peace and security processes in Nigeria for nearly 20 years. Across the country, protracted conflict over land rights, allocation of resources, as well as fierce political and economic rivalry have resulted in deep divisions across ethnic and religious lines.

On September 7, 2001, riots broke out between Christian and Muslim communities in Ngwobia’s home in Jos, lasting nearly two weeks and resulting in the loss of over 1,000 lives. At the time, she was working with the Christian Council of Nigeria to improve Christian–Muslim relations.

“I discovered that women had a role to play in ending the violence,” she said. Following the riots, Ngwobia worked tirelessly over the next decade to move women from the role of passive onlookers to powerful protagonists.

In 2016, she joined the KAICIID Fellows programme, later launching an initiative that united a group of courageous women committed to bringing healing to divided Christian–Muslim communities in Nigeria.

Together with a Muslim partner, Ngwobia has taught Christian and Muslim women to prevent, monitor, analyse and mediate conflicts. To date, the five-day, multi-phase programme has trained nearly 300 women in Adawama, Kaduna, Plateau and Taraba states.

The first part of the programme targets confidence building, which Ngwobia says is integral to ensure the success of the training. “We want women to realise what they are truly capable of.” 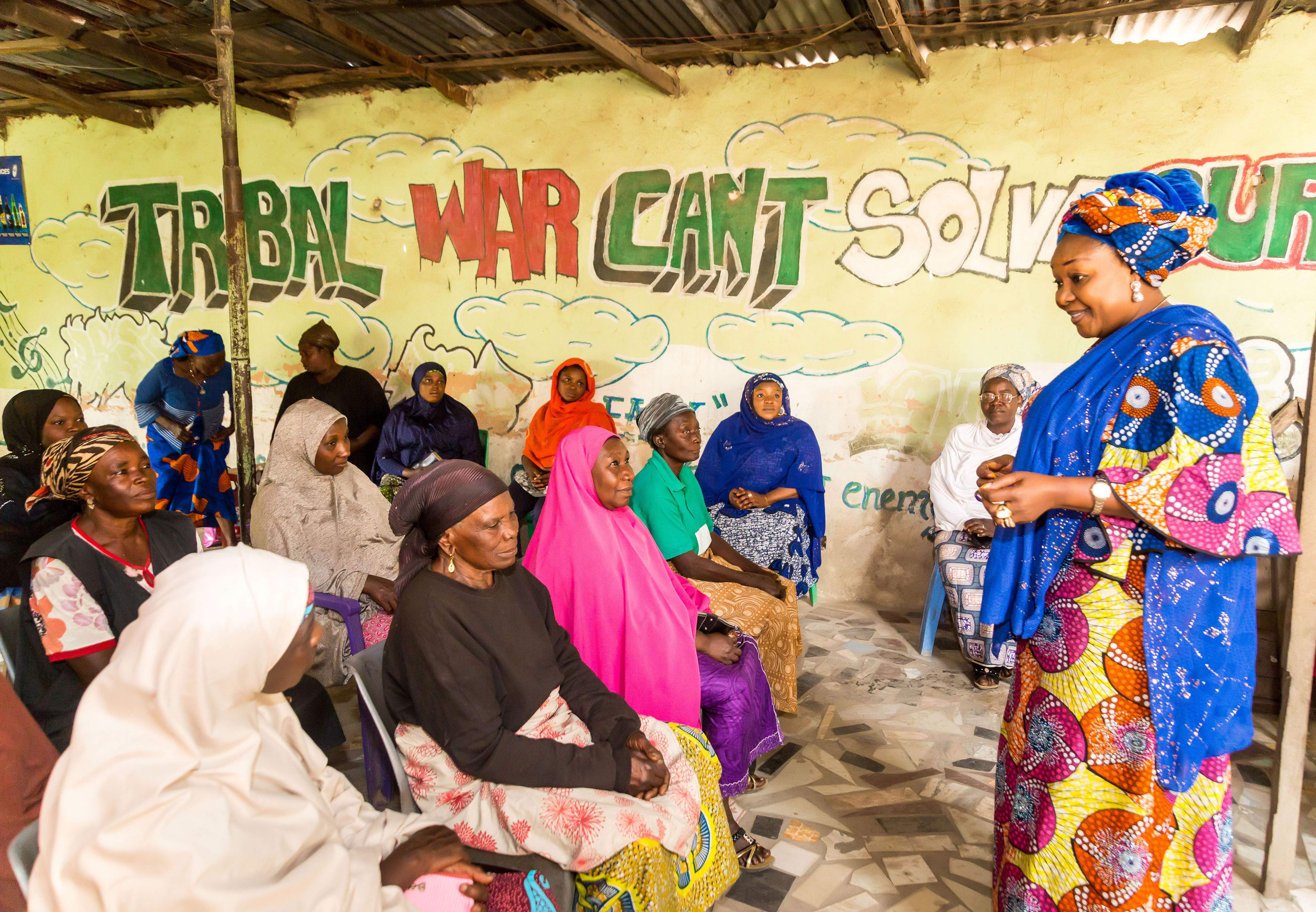 The initiative has been recognised by UN Women, and participants have been given the designation of Women Peace Mentors. Mentors are tasked with training other women in Nigeria to actively engage with peace and security issues and to campaign against gender injustices in their communities.

Ngwobia believes this is an important step in empowering women, which she defines as creating “an atmosphere where women can make informed decisions about their own personal interests and benefits, as well as for their community.”

Targeted grassroots initiatives like Ngwobia’s, as well as campaigns at the national level have gradually opened up doors for women to take on more leadership roles across the continent. “In the last 20 years, women's representation in national parliaments has increased, especially with the African Union (AU) 50:50 parity campaign and the AU gender policy in 2010,” according to the United Nations Office of the Special Adviser on Africa. “However, the share of parliamentary seats at the regional average remains low at only 22.4 per cent for women and 77.6 per cent for men, with a slightly lower average for ministerial positions occupied by women.”

“Women have been relegated to the background as a result of continuous abuse of religious practices, patriarchal societal structures and cultural and traditional stereotypes, which have given men an upper hand in all aspects of society, including those of social, economic and political power,” Ngwobia said. 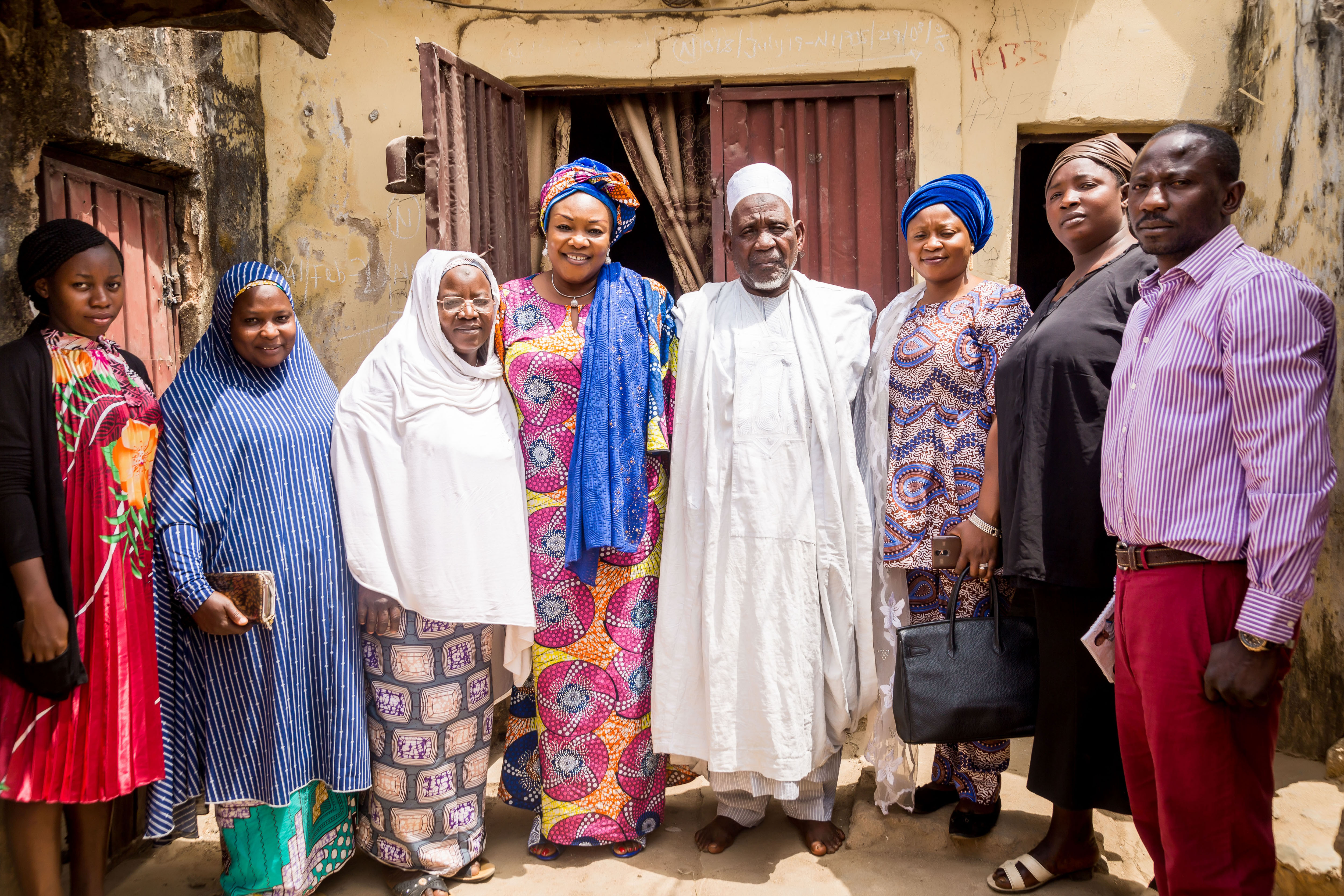 Ngwobia argues that the lack of women at the table is why many peace processes break down. “Be it in governance or peace and security, women’s participation in decision making processes will bring a more inclusive perspective to the process.  Most decisions fail because every segment of society was not included right from the beginning.”

Today, Ngwobia is working to scale up her projects, looking to add additional partners and resources. She is particularly proud that her initiative is helping women to see themselves as confident participants in society and, in turn, to become changemakers in their communities.

She also works hard to affirm and promote the cultural and religious values that underpin opportunity and inclusion for women. Often, this means working to attain the partnership and support of male leaders in her community, so that they can tackle issues of gender equality together.

“The ability to empower women to become active participants in all aspects of decision making processes and the ability to engage in such a way as to include the men in the fight for women’s empowerment makes the di­fference for me as an African woman. I totally believe that I cannot succeed alone.”

Ngwobia adds that although the definition of women’s empowerment does not differ between continents or cultures, it is also important to acknowledge that there may be different needs based on regional contexts.

“What we need as African women is access to education, healthcare, justice and human rights. For women in Europe, it may be about needing more recognition. That is where the di­fference comes in,” she continued.

Still, she says, the benefits that women bring to conflict resolution and peace processes are the same all over the world.

“Women are emotionally intelligent, and they have such hearts of compassion. These are powerful assets that can reduce the challenges from conflicts and wars around the globe. If they are given space to participate and bring these rich perspectives to the table, I can attest to the fact that the world will be a better place.”

As a child growing up in Nigeria, Fatima Madaki hoped to study medicine, believing that to be the best way of saving lives... END_OF_DOCUMENT_TOKEN_TO_BE_REPLACED

Trained in the art of interreligious dialogue, these faith leaders are making Nigeria a more peaceful place. For those... END_OF_DOCUMENT_TOKEN_TO_BE_REPLACED

Against the backdrop of prolonged unrest throughout the Central African Republic (CAR), the remote town of Obo was plunged... END_OF_DOCUMENT_TOKEN_TO_BE_REPLACED