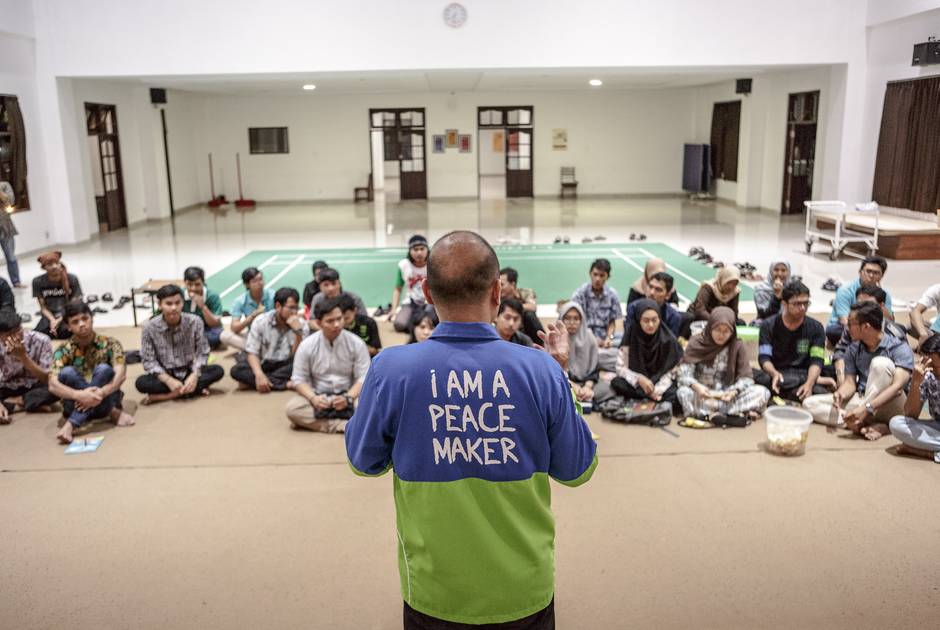 Having grown up in a sheltered Presbyterian community in Indonesia, Andreas Jonathan knows first-hand how important religiously mixed and shared spaces can be in order for fruitful dialogue to take place.

“I went to a Christian school and was sort of isolated from Muslims growing up. I had no Muslim friends, didn’t know my Muslim neighbours, and older people warned us to be cautious of them. Because of this isolated background, which many Christian and Muslim youth experience, I still have some prejudices towards my Muslim friends. I still need to dialogue more with them to see things clearly and learn,” he said.

YIPCI’s interfaith peace camps give Andreas and other youth a chance to erase prejudices and foster new friendships with people of different faiths. Although YIPCI was only established in 2012, its origin dates back to 2007 when Andreas and a group of Christian students started hosting dialogue sessions with Muslim groups in Medan, North Sumatra. Upon moving to Yogyakarta to complete a degree in interreligious studies, Andreas met Ayi Yunus Rusyana, and the two discovered a shared passion. 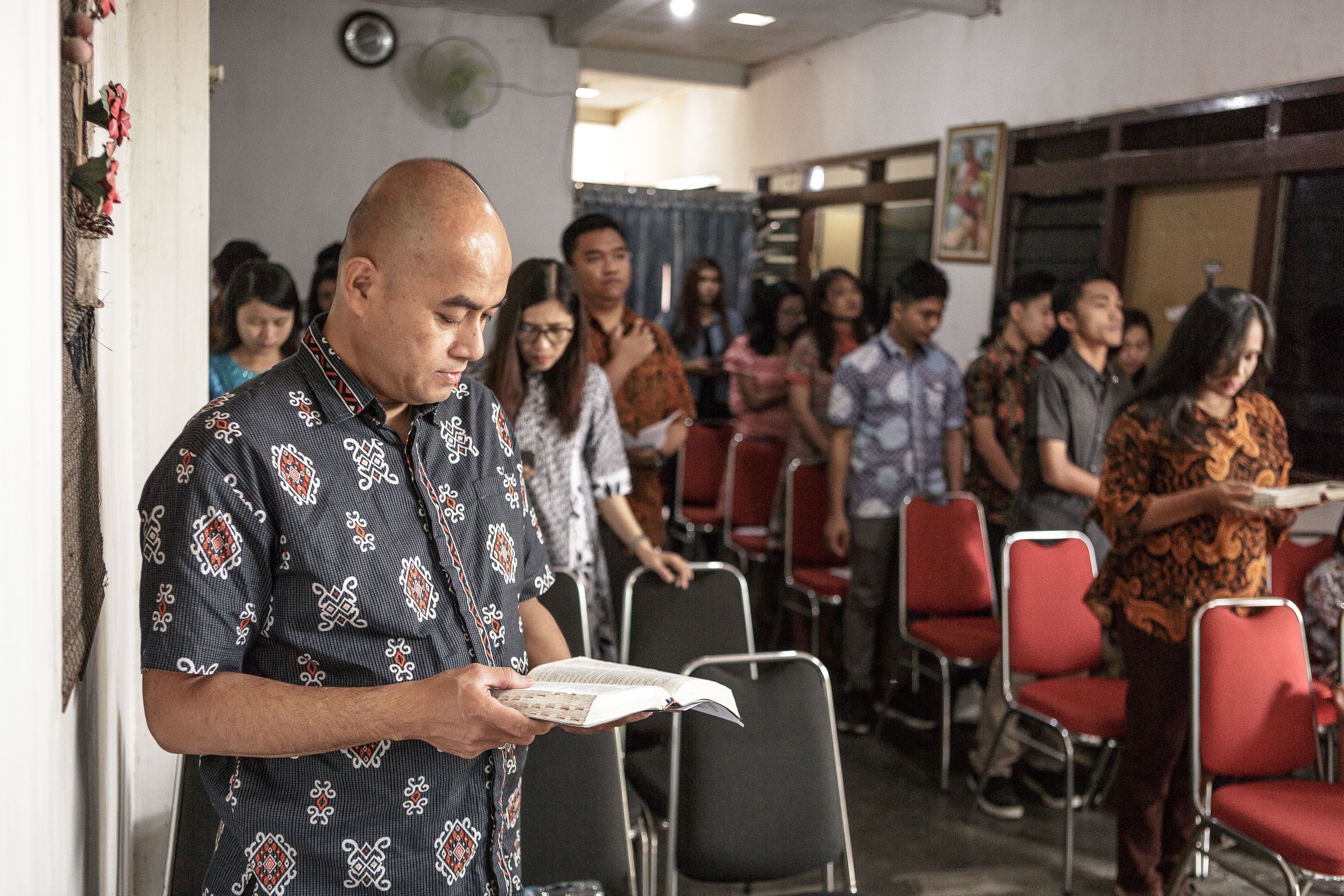 “We took the same class about religion, peace, and violence and discovered this mutual interest in interreligious dialogue,” Andreas said. “There was some creative chemistry between us, and we agreed to organise a Young Peacemaker Training for students.”

From that first peace camp in Yogyakarta in 2012, YIPCI has grown to host regular peace camps for interreligious dialogue and reconciliation in eight Indonesian cities, welcoming more than 2,000 students between the ages of 16 and 30 from across the archipelago.

Participants who were born into conflict on the Maluku Islands in eastern Indonesia have been among the most transformed. Ethno-political fighting between Muslims and Christians killed thousands and displaced more than half a million people there between 1999 and 2002. Today, Maluku is once again stable, but hostility and resentment still linger between followers of both faiths. Andreas and YIPCI are working to ease these tensions.

“Some of the Maluku students were young children at the time of the conflict, some were just being born. It was a very traumatic experience to see their families killed,” Andreas said. “Before the peace camp, when they would see people of the other faith, they would think ‘those people killed my father or mother.’ They hated each other. But during the reconciliation process, they found the opportunity to forgive and become friends. They understood that not every member of the other faith is violent and that the root of the problem isn’t our religious teachings.” 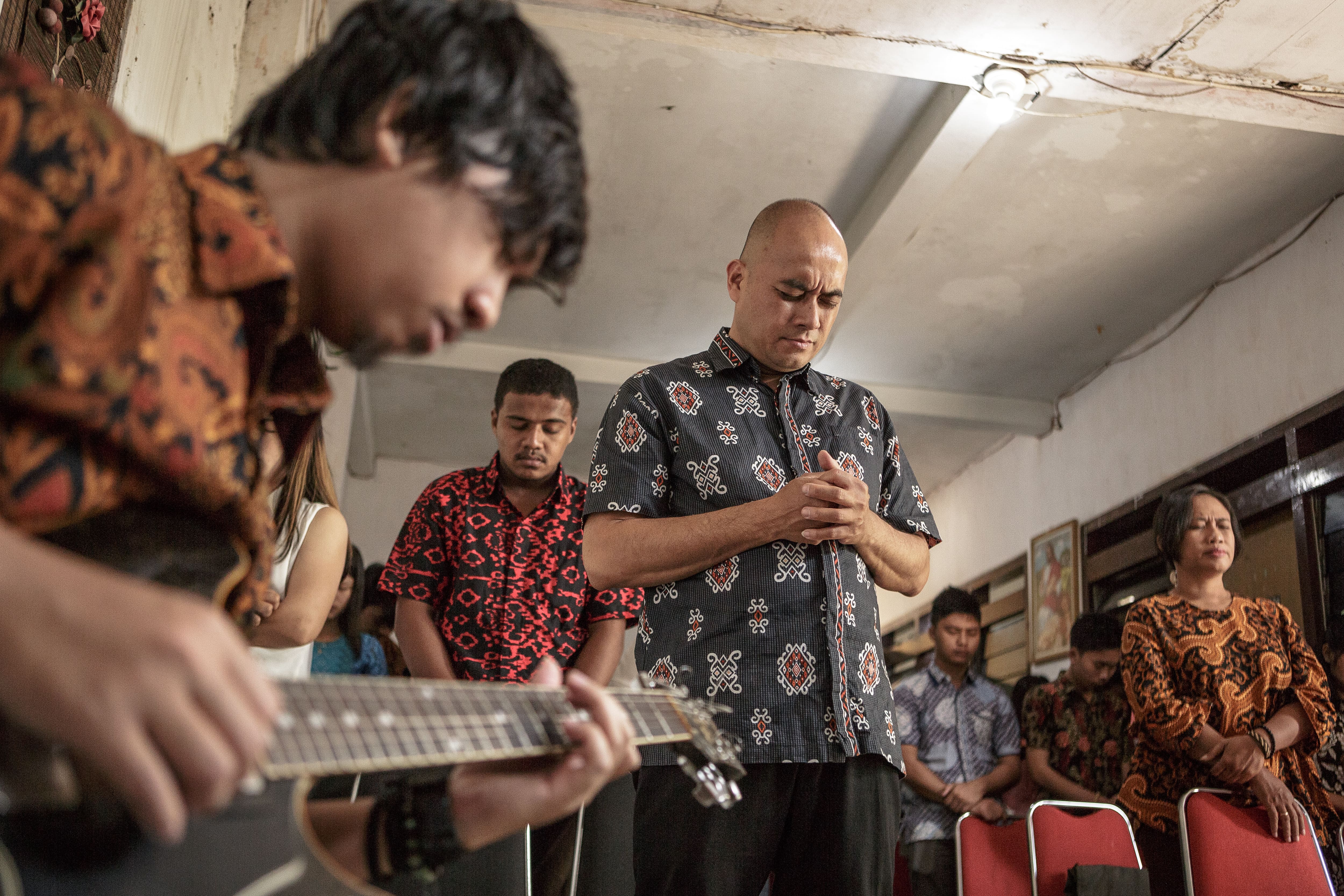 YIPCI’s three- to four-day retreats run by former camp participants focus on four peace values: peace with God, peace with neighbours, peace with self, and peace with the environment. Through games and direct engagement with scripture, young Muslims and Christians discuss violence, conflict, forgiveness, and reconciliation in new and memorable ways.

“For some students, especially the Muslims, it’s their first encounter with Christians, and it’s a life-changing experience,” Andreas said. “We discuss false misconceptions, like that Christians have three Gods, and how to understand the divinity of Jesus. We also discuss how some Christians associate Islam with violence and terrorism, and how most Muslims find such acts unconscionable. By sharing our actual beliefs with one another and discussing them, our prejudices start to melt away.”

The highlight of each camp occurs when Muslims and Christians apologise and forgive one another for past prejudices, a critical step in the reconciliation process.

In addition to the peace camps, YIPCI organises a national conference to unpack polemics and sensitivities between Muslims and Christians and hosts a five-day interfaith dialogue course to equip former students and future peace camp facilitators with deeper knowledge about other faiths.

What sets YIPCI apart from other IRD initiatives facilitated by the government or targeting traditional religious leaders is its engagement with scripture and its unique focus on lay youth. 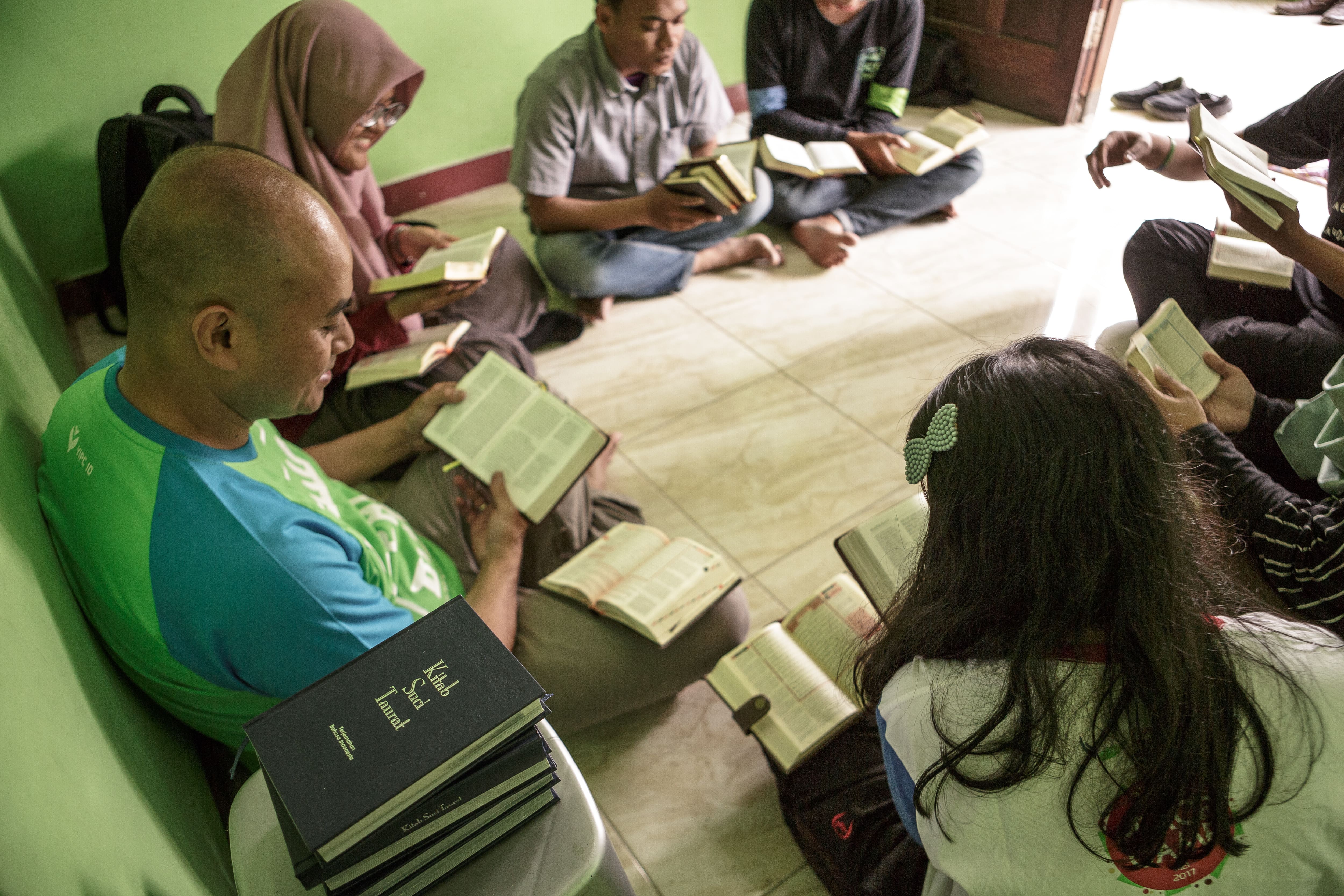 “In Indonesia, some radicals misuse the Quran and the Bible to promote religious conflict and violence and to mobilise younger generations to do the same. To counter this, we need to emphasise more peaceful verses in the holy books. This includes peace education and interfaith dialogue. They are like two sides of a coin. We cannot separate them. We can’t build peace without interreligious dialogue,” Andreas said. “Unlike the many secular approaches to interreligious dialogue, our work is really based on our faith and uses scriptural reasoning to touch the core of our religious teachings. It’s also focused on the grassroots youth rather than on older religious leaders.”

YIPCI is inspired by “A Common Word Between Us and You”, an open letter written in 2007 by Muslim leaders to Christian leaders that called for peace and emphasised common ground and understanding between the religions. Andreas describes YIPCI’s “Common Word” approach as “deep dialogue that emphasises the common core teachings of Christianity and Islam based on love for God and for our neighbours.” 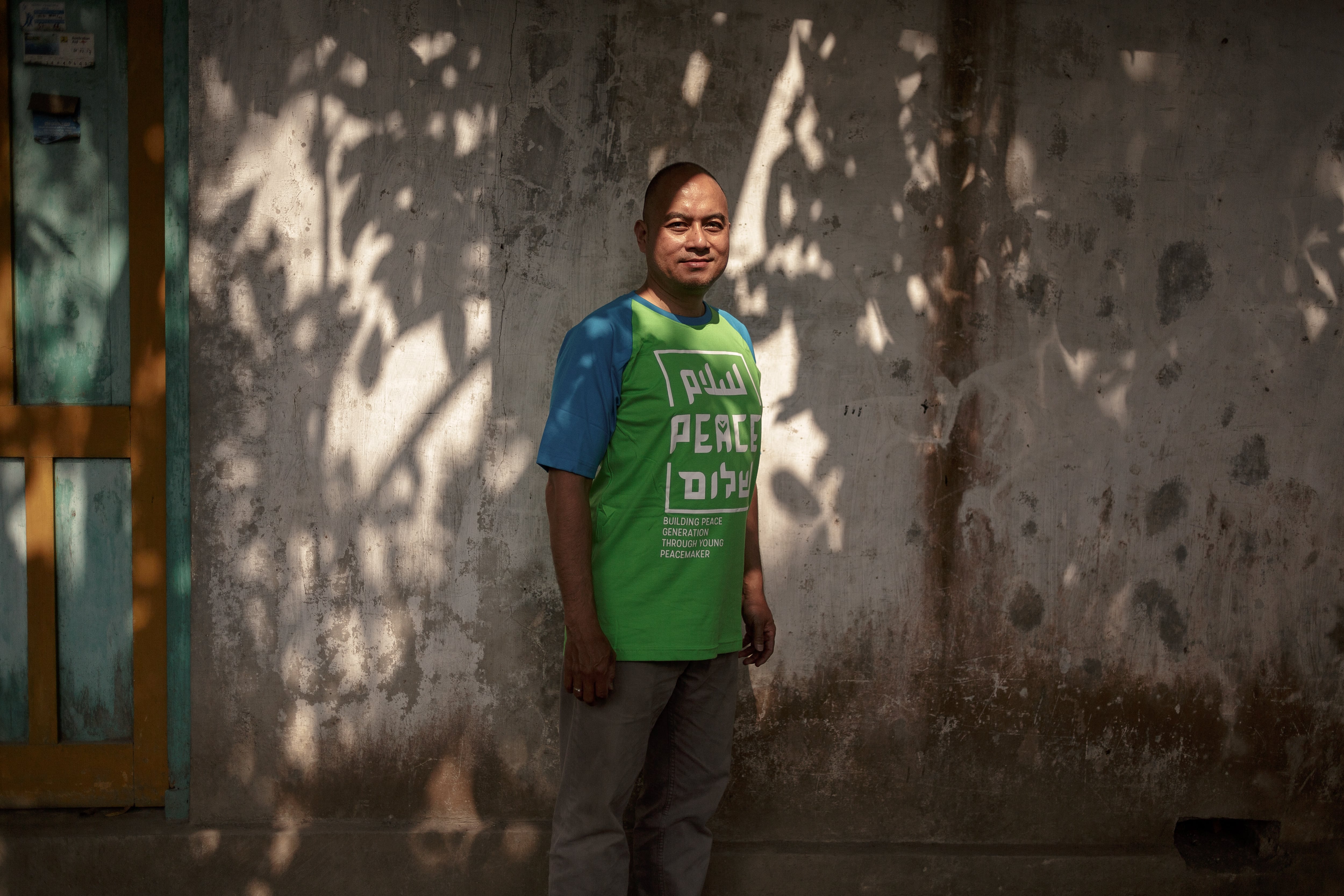 Furthermore, YIPCI’s facilitator training model expects that peace camp participants will go on to become facilitators and organise their own peace camps directly.

This emphasis on sustainability has proved important. In 2017 Andreas became director of the Center for Peace and Religion at Immanuel Christian University in Yogyakarta where he teaches theology and interreligious dialogue. He handed YIPCI leadership over to younger members but still serves as an adviser and helps guide future development of the organisation he founded and holds dear.

“Our goal is to establish a YIPCI presence in every city on every university campus,” Andreas said. “So far, only 10 percent of our students come from radical backgrounds. If we can reach more of these students, we can help change the future of our society for the better.”

Andreas Jonathan is one of KAICIID's featured Heroes of Dialogue. To find out more, click here 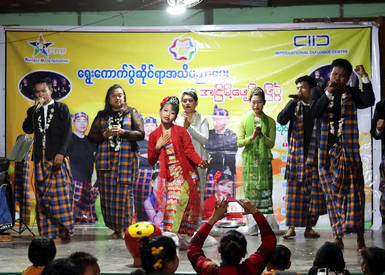 Paungsie Metta Initiatives (PMI Myanmar), one of KAICIID’s main partners in Myanmar, is promoting dialogue and peace through... END_OF_DOCUMENT_TOKEN_TO_BE_REPLACED 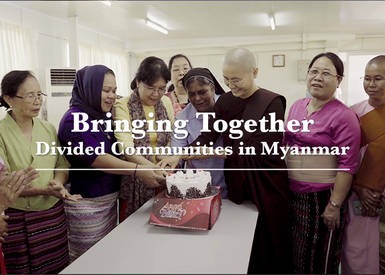 Sayalay Ketumala is a Theravada Buddhist nun from Myanmar who works in Yangon as an educator, facilitator and advocate... END_OF_DOCUMENT_TOKEN_TO_BE_REPLACED 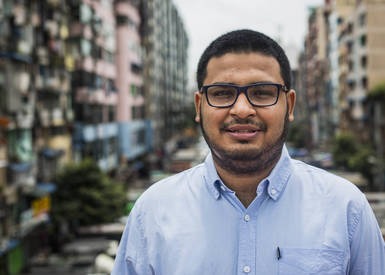 At the height of Myanmar’s Saffron Revolution in 2007, Harry Myo Lin joined thousands of Buddhist monks and frustrated... END_OF_DOCUMENT_TOKEN_TO_BE_REPLACED