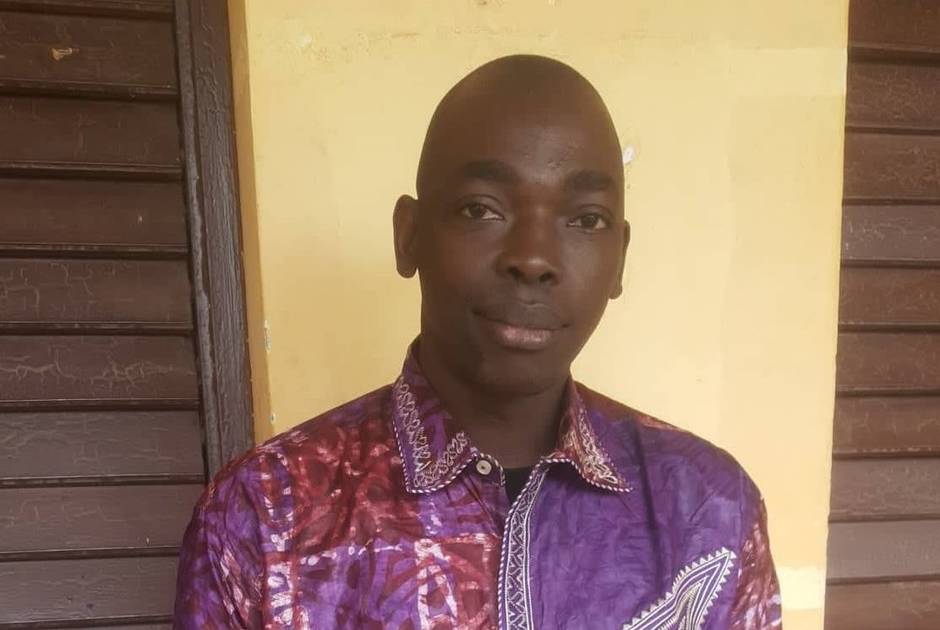 Benjamin NGOUNDA was born on February 17, 1983 in Bangui. He holds a degree in theology and currently serves as President of the Protestant Youth Department and Lead Youth Coordinator for the Platform of Religious Confessions in the Central African Republic. He is also a Peace Education Trainer.

At a time of civil unrest in the Central African Republic, Benjamin was able to bring members of his community together through interreligious dialogue. While religion was being manipulated to divide the country and evoke violence, Benjamin Ngounda used interreligious dialogue to find common ground and prevent the division of his community: protecting its youth from radicalization, renewing people’s faith in justice instead of revenge, supporting the healing of those who were traumatized, and breaking down ethnic and denominational barriers. Through his work, he continues to engage the youth of his community in activities that encourage peaceful coexistence and promote a culture of dialogue and non-violence.

The Central African Republic (CAR) has undergone a surge of violence since March 2013. With almost 900,000 people forcefully displaced since then, the crisis has become one of the worst humanitarian disasters of our time according to UN reports. There are more than 460,000 CAR refugees in neighboring countries and 436,000 are internally displaced. Intra-religious and interreligious division affect the stability of the country, causing clashes between and within different religious communities and ethnic communities and weakening reconciliation potential.

We spoke to Benjamin Ngounda about the impact of his work with youth on his community and learned that young people who engage in dialogue training become more receptive to advice and less likely to resort to violence.

Can you describe your activity in the field and how it aims to promote interreligious dialogue among the youth in your community?

Between 2014-2015, Christian and Muslim youth leaders jointly participated in the following activities:

2. We initiated radio broadcasts that promote messages of peaceful coexistence.

3. We held awareness sessions at refugee camps on the acceptance of “the Other.”

4. We organized activities to increase social cohesion, where we engaged young people involved with Anti-Balaka groups. Some of them had previously been members of militia groups and today regret the acts they committed. Now, they are searching for a way to find themselves within their communities once again.

Through these activities, we aimed to strengthen communication between youth in the community.

Can you tell us what motivated you to launch this initiative? How do you intend to make it sustainable and why is it important?

What motivated us was a crisis, which had pushed a majority of the young people, both in Bangui and in other cities, to become isolated and disconnected. Distrust had set in, and doubt had taken over; whereas before, young people lived in perfect harmony with one another. Relationships used to be good between young people from different communities.

We knew we couldn’t remain indifferent to the situation. That’s why we organized mass media awareness activities to challenge young people in our communities to live together in diversity and with social cohesion. We also encouraged them not to give in to manipulation; but rather, to rise to the challenge of becoming reconciling agents in order to enable our country to come out of the crisis.

In view of all the above, we sowed the seeds, but we must water and water again. Much remains to be done in terms of sustainability. We must invest in the young people of our communities because they are the hope and the future of the nation.

Can you describe the results you could see? What kind of impact does your work with youth have on your community?

- More than 70% of young people in our communities who had joined the ranks of militia groups withdrew voluntarily to return to their families and resume their previous activities.

- More than 90% of young people who were resolved in their hearts to take revenge at any cost after having seen their parents massacred in front of them or their homes ransacked and destroyed, renounced the spirit of revenge and renewed their faith in justice.

- More than 50% of young people who were traumatized by the detonation of large caliber weapons underwent counseling for trauma healing.

- Young people are more receptive to advice and are more willing to listen to their parents.

- Young people are breaking down ethnic and denominational barriers.

- Young people are returning to previous activities such as school and employment.

- Young people from different communities meet in fora and seminars to discuss their situations and their relationships in the resolution of the crisis.

- Young people from different districts meet for socio-cultural activities such as football, basketball and other collective games.

- Young people have instituted reading days for the Bible and the Qur'an in order to get to know each other’s religions. 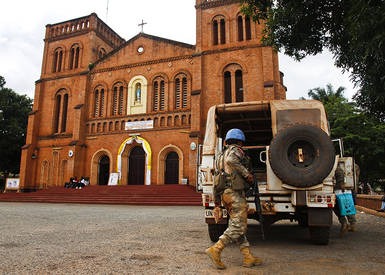 After rebels launched an offensive in the Central African Republic (CAR) late last year, government forces pushed back and... END_OF_DOCUMENT_TOKEN_TO_BE_REPLACED 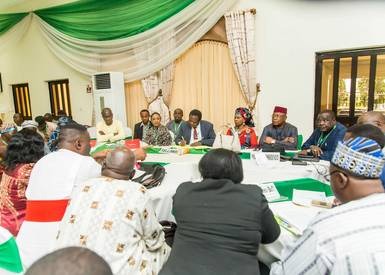 Despite calls for a global ceasefire during the COVID-19 pandemic, brutal conflict in Nigeria has steadily continued over... END_OF_DOCUMENT_TOKEN_TO_BE_REPLACED 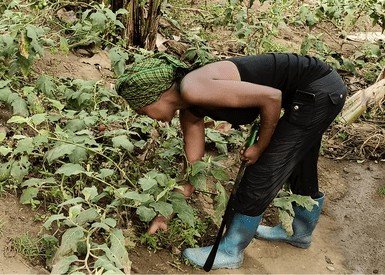