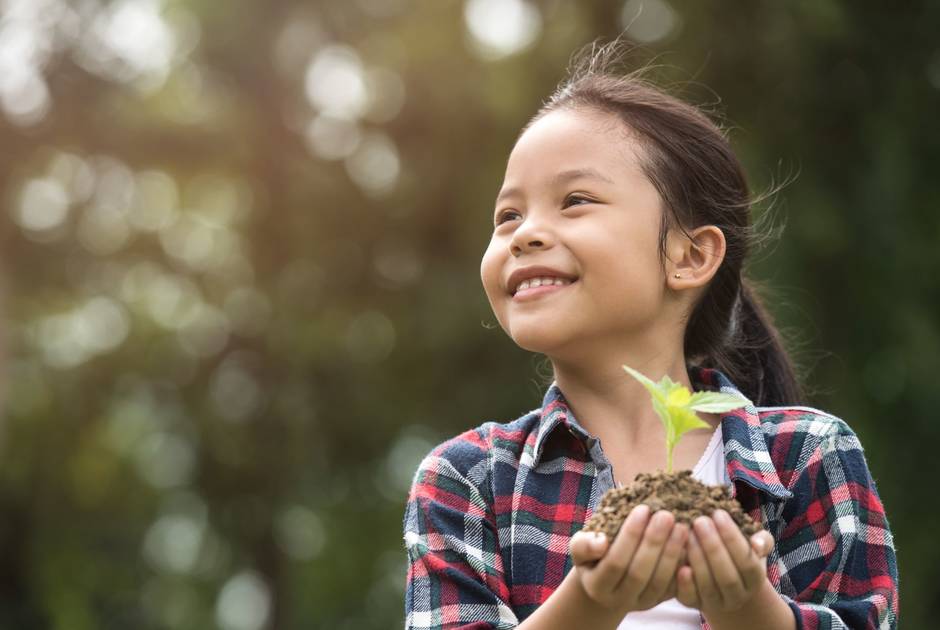 Launched at a landmark United Nations summit in New York in 2015 and attended by 154 heads of state and government, the Sustainable Development Goals (SDGs), or Agenda 2030, are among some of the most ambitious objectives issued in the organisation’s 75 year history.

The 17 SDGs replace the UN’s previous targets, the Millennium Development Goals, adopted in 2000. The SDGs, which include calls to end poverty in all its forms, ensure access to water and sanitation for all and urgent action to combat climate change and its impact, are meant to apply to every country and are accompanied by 169 specific targets. Most of the SDGs are to be achieved by 2030.

Although states and governments have aligned their national plans with the 2030 agenda and the SDGs, the coronavirus pandemic, which so far has led to 4.2 million deaths, over 196 million infections and worldwide economic lockdown has seriously disrupted and delayed the international community’s social and economic development plan. According to the UN, 2020 saw an estimated 4.6% drop in global GDP, or the equivalent of 255 million full-time job losses.

“Nearly one person in three around the world could not access adequate food in 2020 – an increase of nearly 320 million people in one year”, he said. Noting that “we are moving farther away from our goals”, the Secretary-General said that the number of people living in poverty is expected to be around 7% by 2030 – only marginally below 2015 levels - while global temperature increases have put us “on the verge of the abyss”.

However, he maintained that the situation “can and must” be turned around: "We have the knowledge, the science, the technology and the resources. What we need is unity of purpose, effective leadership from all sectors, and urgent, ambitious action.”

In response to a UN call for the further empowerment of local communities to meet the SDGs in the wake of the pandemic, the global peace making and peacebuilding organization Network for Religious and Traditional Peacemakers and KAICIID recently conducted a joint online survey of the efforts of religious and traditional actors to accelerate the realisation of the 2030 Agenda at national and local levels. 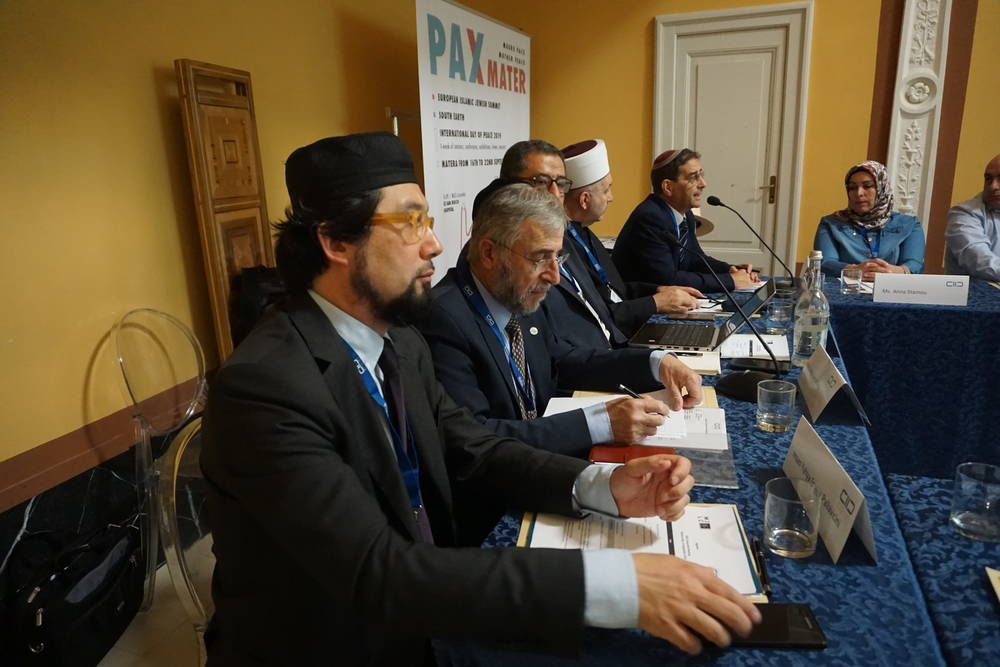 The survey was given out to 130 local society actors and organizations across the world and 64 religious and traditional actors, including women and youth and representatives of peacebuilding in academia, faith-based organizations, and other local civil society actors, responded.

The results highlight that 64 of those who responded have a substantial understanding of the 2030 Agenda and the SDGs. Respondents also described how they have implemented UN targets and indicators by placing the SDGs at the heart of their organisations and outreach work. Below, we examine how the SDGs are central to the operations of interfaith groups.

Myla Leguro, a KAICIID 2021 Fellow and Programme Manager of the Peace and Reconciliation Programme of CRS-Philippines, says her organization uses the SDGs as a guidebook for decision making.

On SDG 16, (Promote just, peaceful and inclusive societies), Leguro stressed the importance of empowering local faith based and partner groups.

“We work together with Muslim, indigenous and partner organizations in implementing initiatives to empower women and youth and faith agents. Some of the SDG strategies we provide support to include strengthening women and youth groups at the community level so they are able to initiate activities. We also use the SDGs to build skills to advocate for decision making in local processes.”

Leguro also highlighted the importance of SDG 5: (Achieve gender equality and empower all women and girls). “It is important to engage power structures to engage with women’s efforts. We do this by the increased visibility of women’s contributions through documenting their contributions at various levels, which will increase their empowerment and participation and leadership, fulfilling SDG 5.”

The SDGs also play a pivotal role in helping foster peace and understanding between Muslim and Christian communities throughout Africa, according to Florence Iminza, Programme Assistant at the Programme for Christian-Muslim Relations in Africa (PROCMURA), founded in 1959. PROCMURA’s partners include Protestant, Orthodox, Evangelicals and independent churches and the organization works in 20 countries in Africa, according to their website.

Iminza highlighted the role of SDG 16 in her organisation’s work.

“Certain faith communities often have an inaccurate view of each other which is often not based on facts but rumours and hearsay,” she said. “Much of our focus is on helping leaders in Christian and Muslim groups interact with each other to learn from each other and take their experiences back to their communities.”

The scale of Christian-Muslim tensions in some countries in Africa has become a growing concern amidst growing violence and economic disruption on the continent.

“When we are reaching out to Christian and Muslim leaders, we place a great emphasis on SDG 16,” continued Iminza. “It is important that both communities realise we are all working towards long term goals. While some of the problems we face might be solved in a short space of time, what we are seeking to do is work ahead to 2030 to fulfill SDG 16. That is a key priority.”

In Kenya, interfaith organisations are helping members of the Masai community, one of the most economically disadvantaged groups in the country, to access vital government services.

“We have started a project in a place called Kajiado which is home of the Masai community. We are trying to see how we can organise Muslims and Christians together for community development so they can access services,” said Maganya Halerimana Innocent, Director of the Institute for Interreligious Dialogue and Islamic Studies at Tangaza University College in Nairobi, Kenya.

The institute, which was established in 2019, is a member of The Network for Religious and Traditional Peacemakers, which builds bridges between grassroots peacemakers and global players with an emphasis of strengthening work done for sustainable peace. KAICIID has been a member of the Network’s Core Group since 2015.

Innocent said the UN’s SDG 5, which strives to achieve gender equality and empower all women and girls, is at the core of the institute’s outreach work.

“Since we are traditional male dominated societies, we bring together women of different faiths, Muslims and Christians of all denominations. It is important that women play a vital role in society and we try to highlight their role in peace building.”

14 October 2021
KAICIID Places Spotlight on Dialogue and Development at the Parliament of World Religions
13 December 2019
Dialogue and Partnerships: Keys to Achieve the SDGs
19 June 2018
KAICIID and the SDGs: Partnerships and interreligious dialogue for peace and social cohesion
END_OF_DOCUMENT_TOKEN_TO_BE_REPLACED

In 2016, then UN Secretary-General Ban Ki-Moon met with faith leaders to discuss Myanmar’s peace and development process. In... END_OF_DOCUMENT_TOKEN_TO_BE_REPLACED

In July 2021, the Cowessess First Nation in Canada found 751 unmarked graves at the site of a former Roman Catholic... END_OF_DOCUMENT_TOKEN_TO_BE_REPLACED

In his own words, Rabbi Alex Goldberg has “reverse-engineered” his career. He pursued a rabbinic education only after... END_OF_DOCUMENT_TOKEN_TO_BE_REPLACED