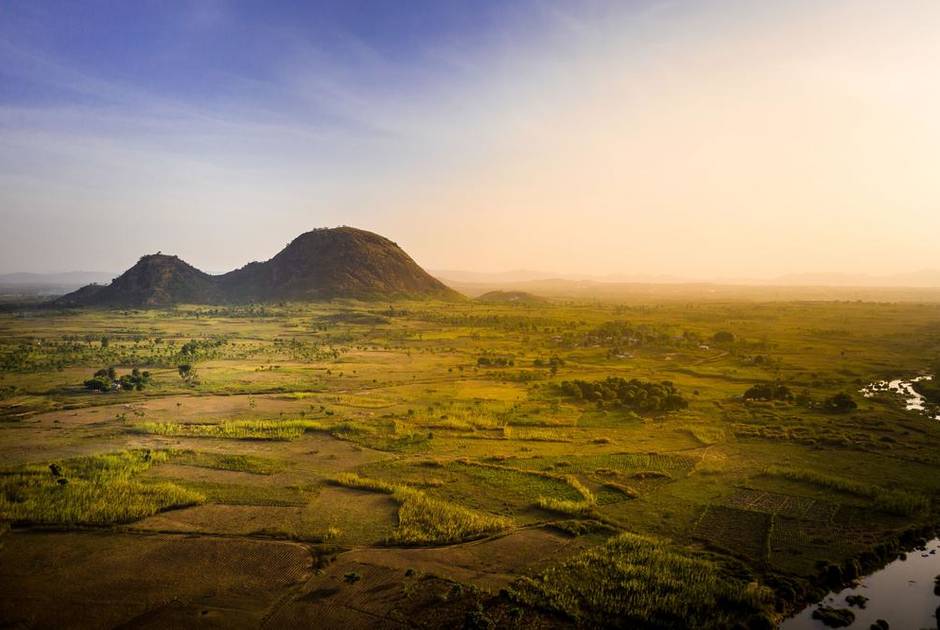 Nigerian countryside outside of Abuja. One of Africa’s largest countries by area and population, it is also one of the most ethnically diverse. Photo: Godwin Oisi

Trained in the art of interreligious dialogue, these faith leaders are making Nigeria a more peaceful place.

For those championing peace in Nigeria, 2021 ended on a depressing note. Saturday, December 18, less than two weeks before the new year, deadly violence erupted between farmers and herdsmen in the country’s central Nasarawa state. At least 45 lives were lost. 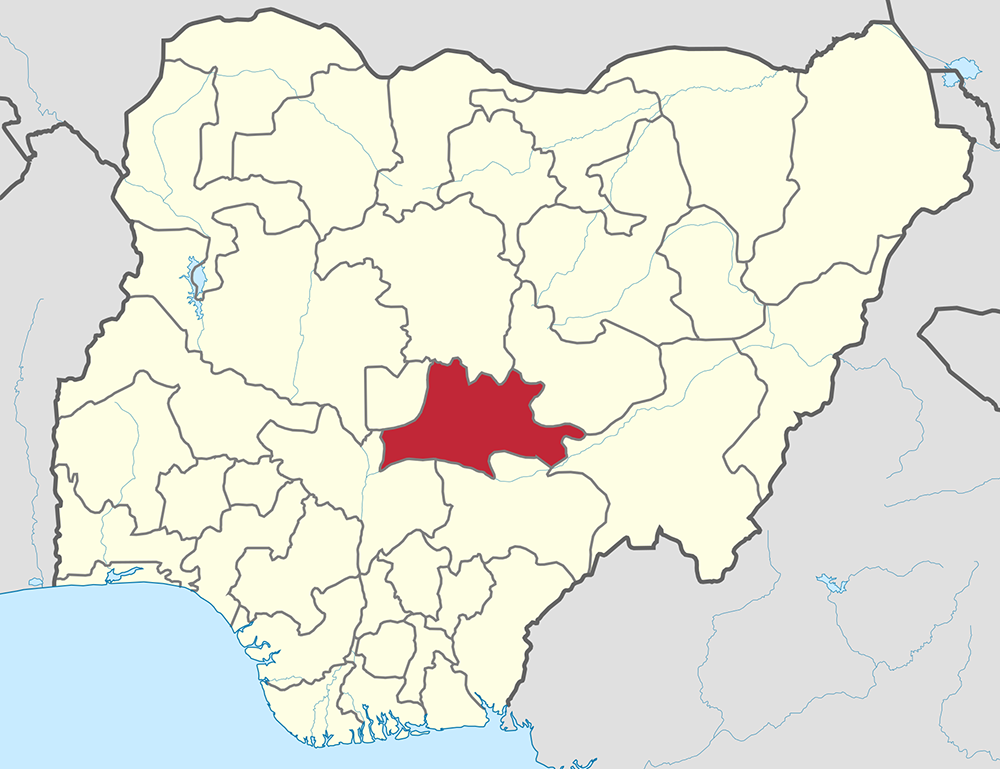 Such incidents are devastatingly common. Scarcely a day passes without news of faith-related conflict in Africa’s most populous nation. In some cases, like last month’s conflagration, the religious dimension bubbles below the surface — nomadic Fulani herders are predominantly Muslim, while the farmers they compete with for grazing rights are largely Christian. In other cases, such as the ambush of worshippers returning from prayer, the sectarian motivations are clearer to see.

So deeply set are Nigeria’s intercommunal divisions, the pursuit of peace can at times feel hopeless. But amid the darkness, there are signs of light. Supported by KAICIID, faith leaders from across the country are joining forces to hone their conflict resolution skills, harnessing the power of interreligious dialogue in an effort to build a brighter future.

With a population split evenly between Islam and Christianity, ethno-religious divides are tightly woven into the fabric of Nigerian society. These differences breed suspicion, mistrust, and eventually violent confrontation, cutting short countless lives every year. 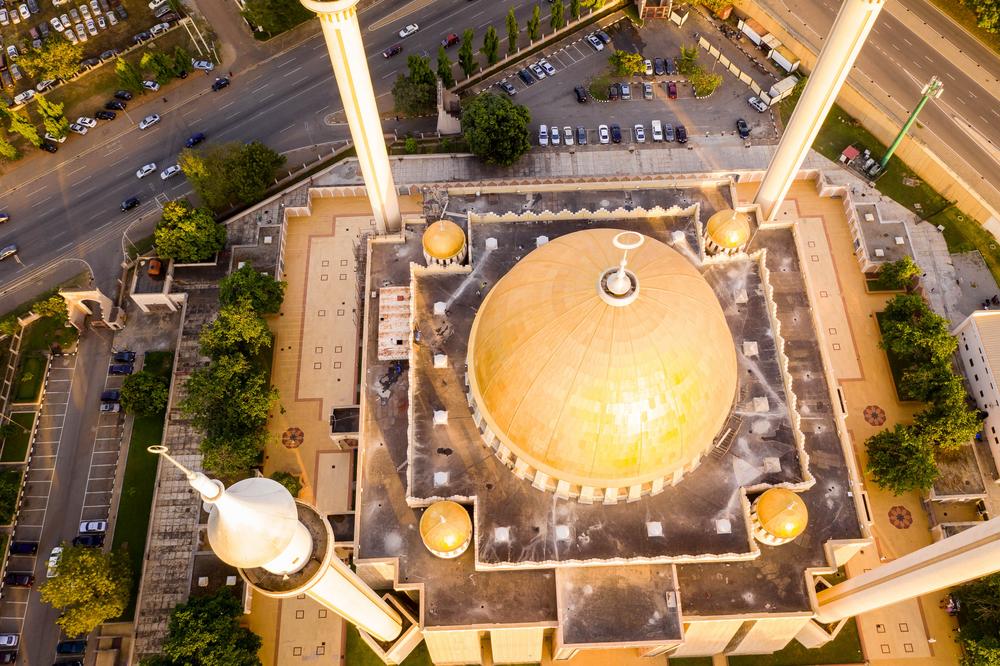 Since 2020, ten IDUs in ten different states have worked with dozens of religious leaders, developing their collaboration, reporting, and conflict resolution skills. Drawing on this training, the stakeholders are now tasked with addressing sectarian tensions in their home communities, tackling challenges head on with the help of interfaith dialogue.

Religious tensions can fester anywhere that people of different faiths come into together. This includes public schools, as was seen in Nigeria’s Oyo State last year. “We discovered that some people were harassing students for using the hijab in schools,” explains Pastor Ayodele Ayo, co-leader of the southwestern state’s IDU. “Also, some school principals were rejecting new teachers because they were wearing a hijab.”

It wasn’t luck that Ayo and his team received a tip-off that trouble was brewing. In line with IDFP training, they had established a relationship with local government officials so as to be notified of faith-related flashpoints in the community.

Known as ‘early warning systems’, these arrangements are an important element of conflict resolution, detecting community disputes or behavioural changes which portend a potential outbreak of unrest.

Aware that intervention was needed, Ayo and his IDU colleagues conducted research to pinpoint the schools of greatest concern, then scheduled a meeting with senior state leaders.

“We received confirmation that the practice of religion was not prohibited in public, and were told that the people involved would be summoned,” Ayo says. “Because of our quick action, a crisis was prevented.” 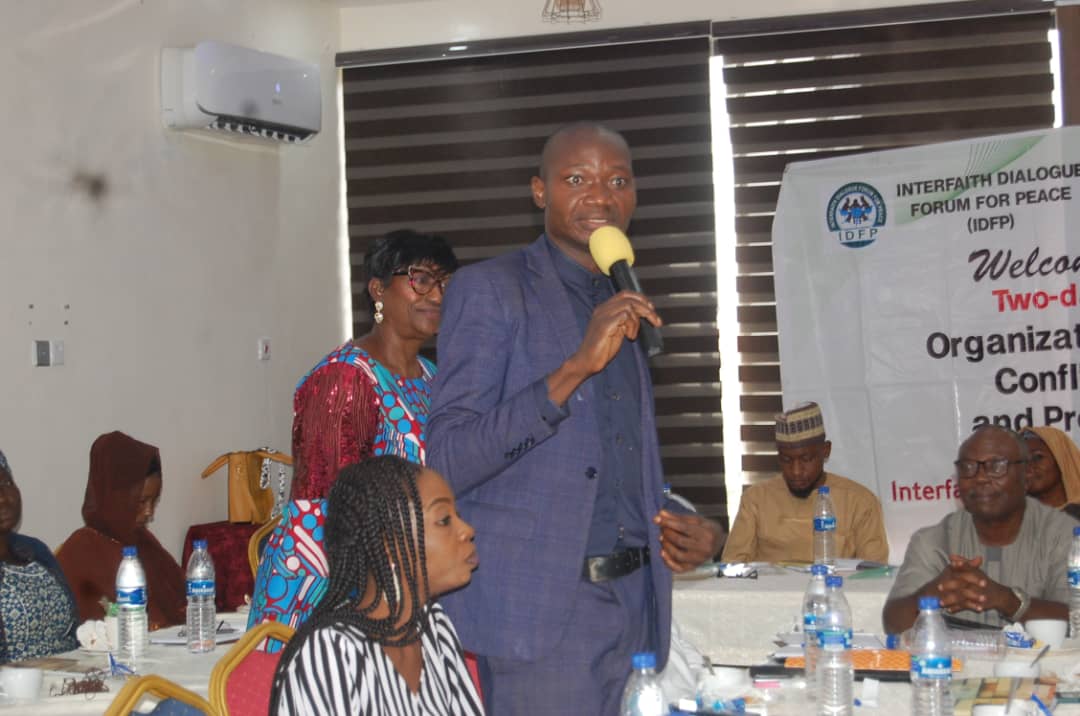 Violence motivated by religion is almost always rooted in ignorance. When individuals understand little about people of different faiths and traditions, mistrust and hatred can take hold with ease. In the predominantly Christian state of Abia, this appears to be the case.

“People in my community and my family believe that Muslims worship the moon,” explains Yusuf Ukaegbu, who helps run Abia's IDU. “Even they don't know that Muslims believe in Jesus.”

Addressing this knowledge gap has been Ukaegbu’s priority since receiving his IDFP training. With a solid understanding of both Christianity and Islam, he uses his interfaith skills to highlight the two religions’ areas of common ground: peace, respect for human dignity, looking after those in need.

Focusing on these similarities and tackling misconceptions around ‘the Other’ is an effective way to dial down tensions, Ukaegbu believes. In recent weeks, he has been helping mediate a land dispute between two families, one Christian, one Muslim. Though hostile at first, Ukaegbu has helped the two parties see each other as equals, and they’ve agreed to proceed peacefully.

A joint approach to security

Dialogue is paramount when building peace, but a more direct approach to security is sometimes necessary. In Nigeria, this can be problematic. Government security forces are widely viewed with suspicion, with local, unregulated militias often mobilised to maintain order.

Recruited along ethno-religious lines, these vigilante groups have a history of violent confrontation — which is why some states have decided to do things differently.

“In our community, we have initiated a giant security outfit whereby members of the Christian and Muslim faith come together to patrol as one,” explains Mary Asibi Gonsum of the Plateau State IDU. “This has brought us together, and we now see ourselves as our brothers’ and sisters’ keepers.”

The unit’s physical presence helps deter violence and lawlessness, but it also sends a powerful visual message on the merits of interfaith collaboration: Christians and Muslims standing side-by-side, keeping their community safe.

Fighting back against forced conversion

Not all conflicts ignite in the public eye, however — some rage behind closed doors. Forced conversion is a prime example.

In Taraba State, cases of forced religious conversion are typically referred to a court for resolution. This is an imperfect system, says Maryam Adamu Lanko of the state’s IDU, as the two parties aren’t able to discuss the issue directly in search of a mutual agreement. 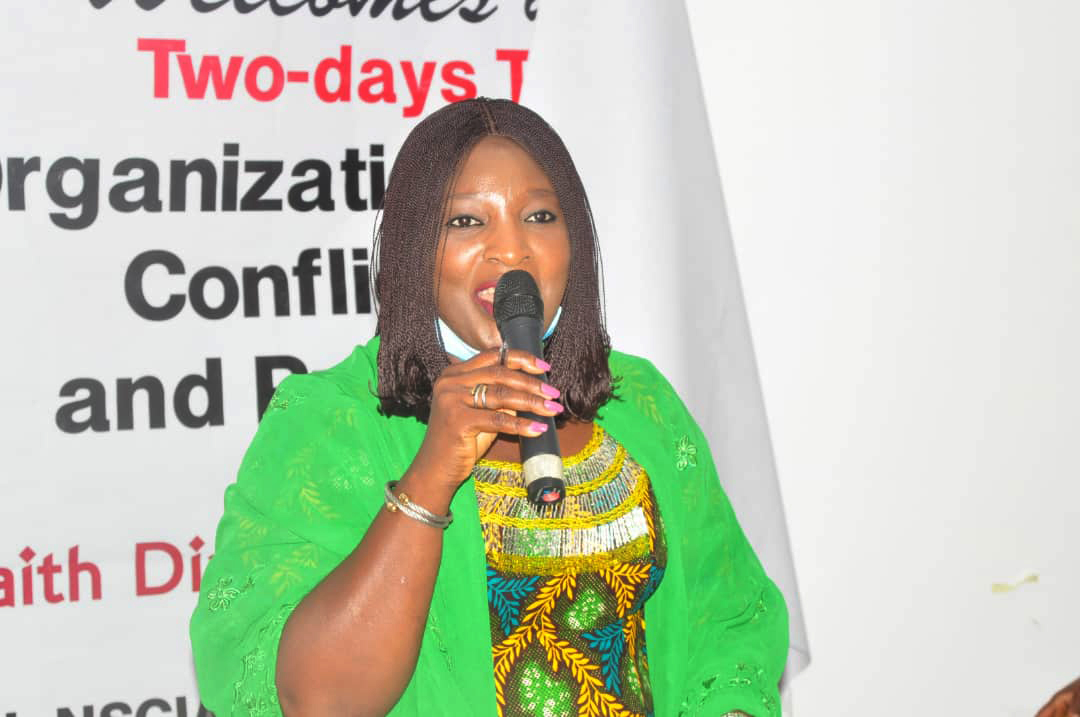 “To address this, we have set up mediation centres where the Muslim side and the Christian side can speak to each other, talk about how it started, and ensure there is no conflict.”

Giving people of different faiths the time and space to understand one another is key to effective interreligious dialogue — something Lanko was taught during her IDFP training.

With Nigeria’s next election a little over a year away, the spectre of political campaign-related unrest looms large. With that in mind, the IDU programme is set to expand, with plans for each of the country’s 36 states to be included.

“If we can go all around Nigeria, I believe we can give every region the same structure of interreligious dialogue,” says Muhammad Jameel Muhammad, co-chair of the IDFP Central Coordinating Council. “And when we have done that, I’m confident that we will finally achieve peaceful coexistence.”

As a child growing up in Nigeria, Fatima Madaki hoped to study medicine, believing that to be the best way of saving lives... END_OF_DOCUMENT_TOKEN_TO_BE_REPLACED

Against the backdrop of prolonged unrest throughout the Central African Republic (CAR), the remote town of Obo was plunged... END_OF_DOCUMENT_TOKEN_TO_BE_REPLACED

During an interview in September 2021, Anas Alabbadi, Deputy Director for KAICIID’s Programmes Department, was distracted by... END_OF_DOCUMENT_TOKEN_TO_BE_REPLACED