The Social Responsibility of Dialogue 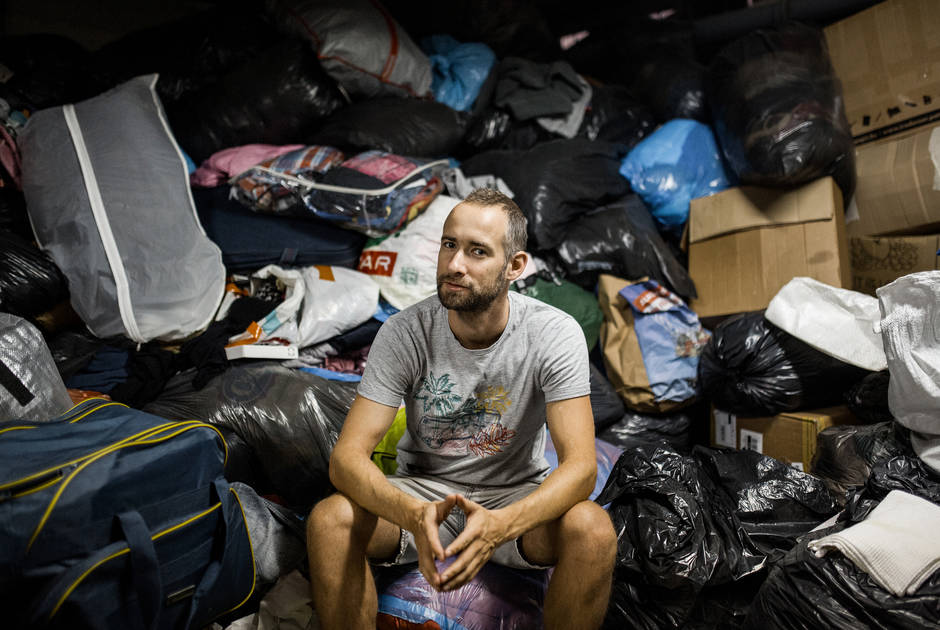 The idea for Adománytaxi Alapítvány (Charity Taxi Foundation) struck Tamas Horn when the European migrant crisis peaked in 2015. All around him, ordinary Hungarians were opening their hearts and their homes to help asylum seekers. If they could rally to support this temporary influx of migrants, Tamas thought, why not maintain that momentum to help Hungarians living in persistent poverty?

“During the refugee crisis, we saw how much surplus people had in their homes because they didn’t know what to do with it or didn’t trust existing organizations to put it to good use. So I thought, why don’t we go directly to people’s homes to pick it up? I posted the idea on Facebook, and that’s how we started,” Tamas said.

Four years later, Charity Taxi has collected unwanted goods from nearly 800 homes in Budapest and, with the help of 400 volunteers, distributed these resources to more than 40 villages around Hungary. Despite its name, Charity Taxi does more than just distribute donations. The organization’s unique volunteer model creates dialogue and social action opportunities, connecting urban and rural people from different backgrounds.

“Our main goal is to build bridges,” Tamas said. “Participants enjoy volunteering but also gain insight into village life. Meeting with local partners and families gives us the opportunity to discuss pressing issues and to counteract harmful stereotypes. All this work contributes to a more collaborative and understanding society, a more sustainable environment, and helps reduce social inequalities.” 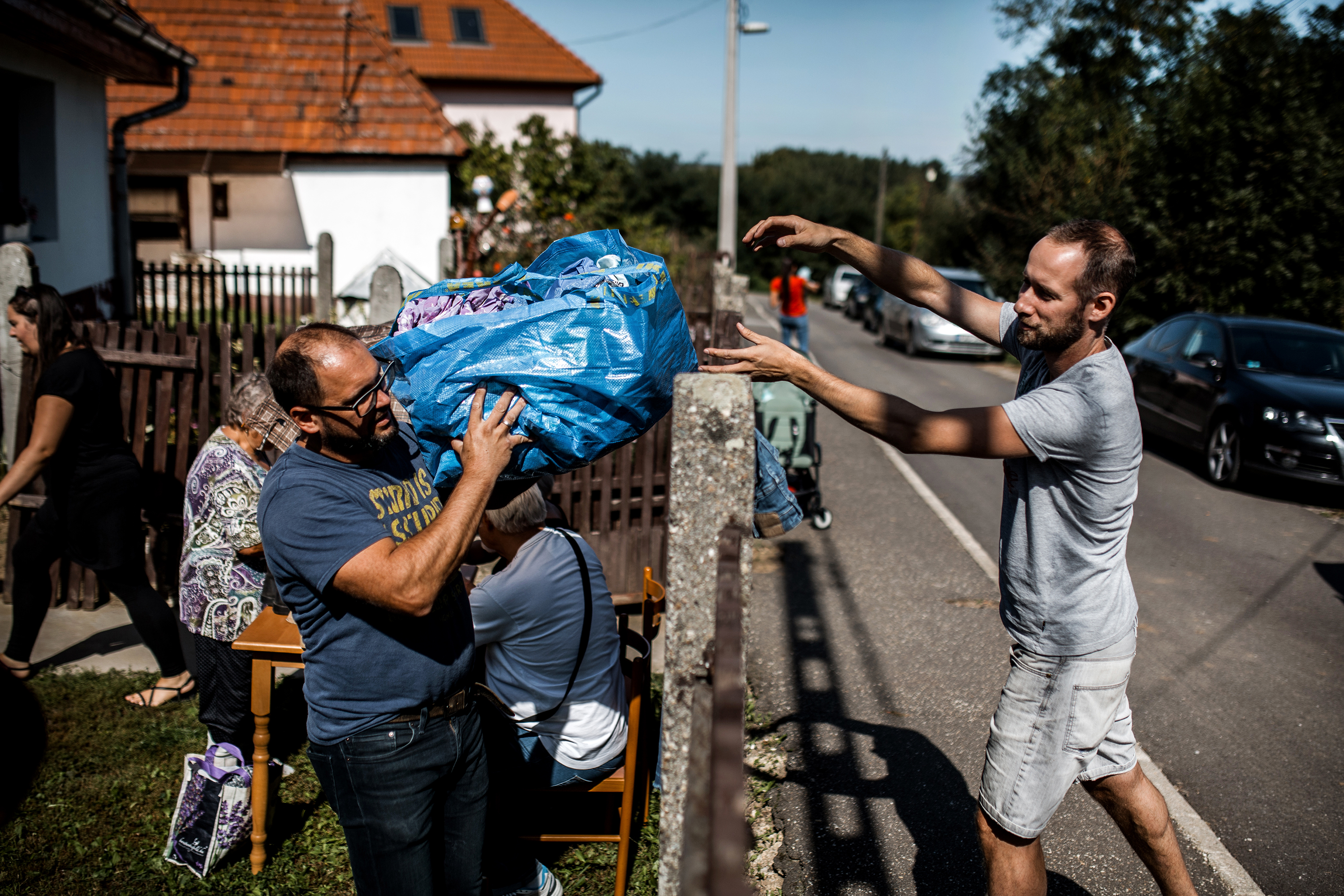 Most of the villages Charity Taxi works with are predominantly Roma, a community that is often vilified and discriminated against in Hungary and much of Europe.

“We target people living in extreme poverty, in segregated villages, in settlements without real access to education, health care, and other basic services,” Tamas said. “Volunteers are usually surprised by the lack of opportunities and how the villagers live. Sometimes they can only afford to heat one room in the winter, so five or six people will all sleep together on cold nights. It’s an important reality check for our volunteers.”

To help the villagers’ money go further, Charity Taxi organises monthly village markets where donated goods are sold at nominal prices. More than 8,000 people have visited more than 45 of these markets to-date.

“Giving items a symbolic price, like 20 cents each, gives people pride that they are able to buy it, that they don’t need everything for free,” Tamas said. “We give that money to a local NGO to spend on educational activities for the children or community programs like planting trees. This allows villagers in need to support and invest in their community.”

After the market, volunteers play with local children, have lunch with community leaders who help coordinate the day, and visit a few families in their homes. 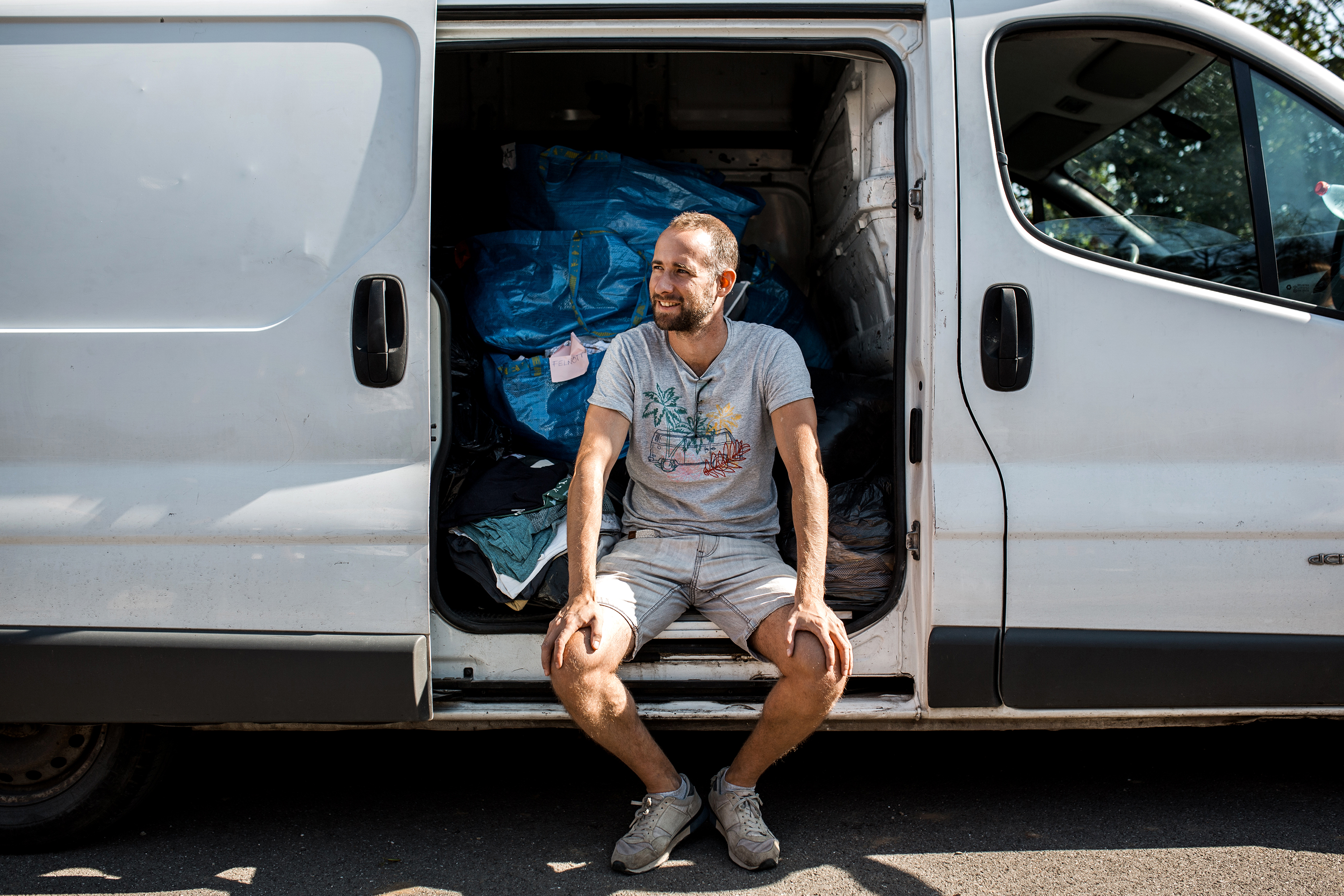 “The family visits are the most sensitive and interesting part of each trip,” Tamas said.

“Sharing personal stories is the best way to break down stereotypes and make the volunteers step out of their Budapest bubble. We go there to chat and learn about each other’s lives and the challenges we all face.”

Beyond just collecting donations in Budapest, Charity Taxi also organizes auctions in the capital to help cover its operational costs and donates clothes to the city’s urban poor.

“People in Budapest like us because we are transparent and they know their unwanted stuff is going to a good place. We go to their doorsteps and help them get rid of it for free,” Tamas said. “The auctions mean people can buy trendy things for a very friendly price and support our work. So it’s a win-win situation. We make it easier for people to be socially active.”

One of Charity Taxi’s most enthusiastic volunteers is Tamas’s father András. He says the opportunity to volunteer with his son’s organization has allowed him to meet people from across the country. András describes volunteering not as work but as a source of joy and opportunity. 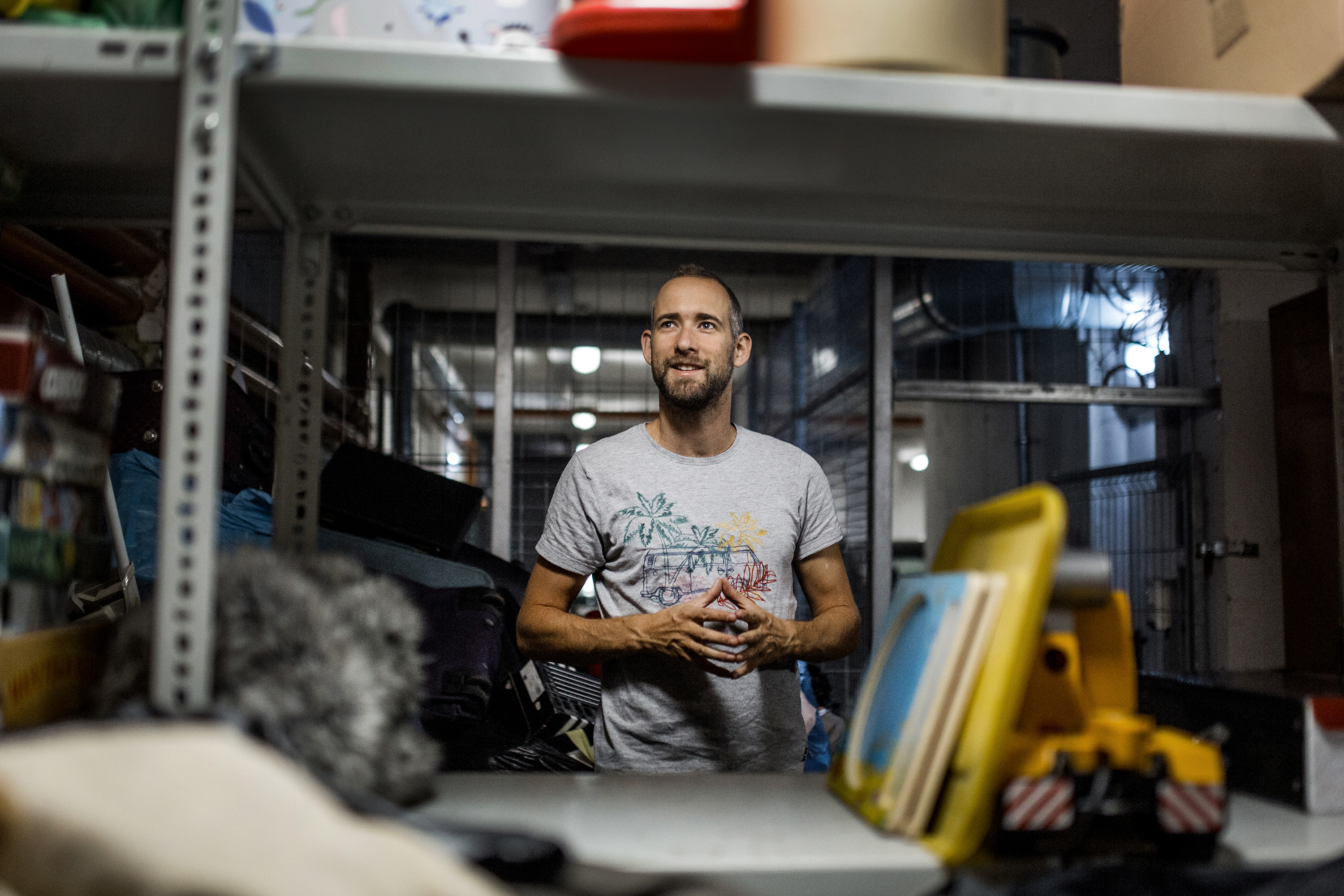 Pamela Kalas, a local partner and community leader in one of the participating villages, says Charity Taxi is the only organisation that provides “real help without using us for something.”

“There are many charity programmes that use the Roma for various reasons,” Tamas said.

“No one trusts anyone in Hungary. It’s very heartwarming when people acknowledge and trust our work and are truly grateful.”

Tamas started working with Hungary’s Roma community a decade ago, first at a music centre for Roma children and then surveying villagers about their lives as part of his academic research. These experiences helped him build bridges in the community and ultimately influenced his idea to start Charity Taxi.

While most of the Roma who benefit from Charity Taxi’s donations are Christian, Tamas and many of the organisation’s volunteers identify as culturally Jewish but not necessarily religious. Charity Taxi operates out of Budapest’s Mozaic Jewish Community Hub, which provided Tamas with free NGO management training and mentoring to help launch the initiative.

“I have a personal mission to mobilise the Jewish community,” Tamas said, mentioning several organisations who share the Mozaic coworking space. “We have many Jewish NGOs here, but many operate in a Jewish bubble, and I want them to go see the real Hungary and what social responsibility looks like more broadly.” 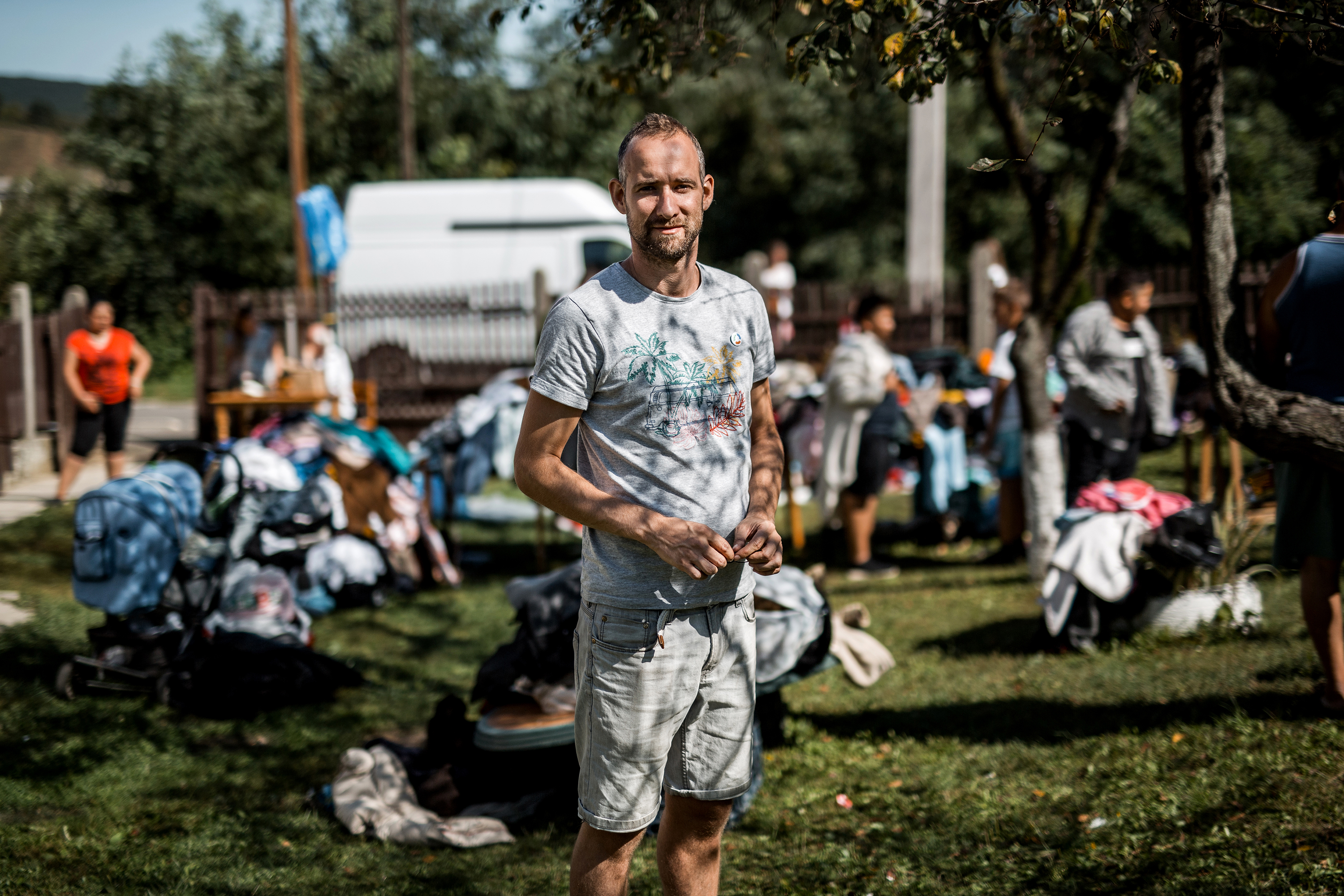 In the coming years, Tamas plans to greatly expand Charity Taxi’s reach and scope. With its warehouse of donated goods currently filled to capacity, there is no choice but to grow, making more deliveries so more clothes can come in. Tamas is also working to train and develop local leaders in the villages.

“Nothing will change from charity. You have to empower people and give them knowledge,” he said. “I want to encourage more people to be socially responsible and to volunteer as a way to have real dialogue with people they likely would not otherwise encounter.”

Tamas can’t imagine wanting to leave Charity Taxi but says he may eventually step down to pursue other opportunities in civil society or politics when he feels the organisation has reached a sustainable place.

“Charity Taxi changed my life. It gave me work and gave me a mission to empower and impact other people. Now I want to change this country,” Tamas said. “I believe that if we open up people’s eyes and make them active, we will have real dialogue and the whole system can change.”

Tamas Horn is one of KAICIID's featured Heroes of Dialogue. To learn more, click here

Located midway between the Middle East and Western Europe, Serbia was hit hard by the “refugee crisis” of 2015. Fleeing war... END_OF_DOCUMENT_TOKEN_TO_BE_REPLACED

At a time of increased anti-Semitism, anti-Muslim hate, and xenophobia in Europe, it is a powerful moment when a rabbi and... END_OF_DOCUMENT_TOKEN_TO_BE_REPLACED

Humanitarian assistance is best administered face-to-face. Being able to look into a person’s eyes, to hold their hand or... END_OF_DOCUMENT_TOKEN_TO_BE_REPLACED