Ross Tutin: “Scouts have been role models for interreligious dialogue” 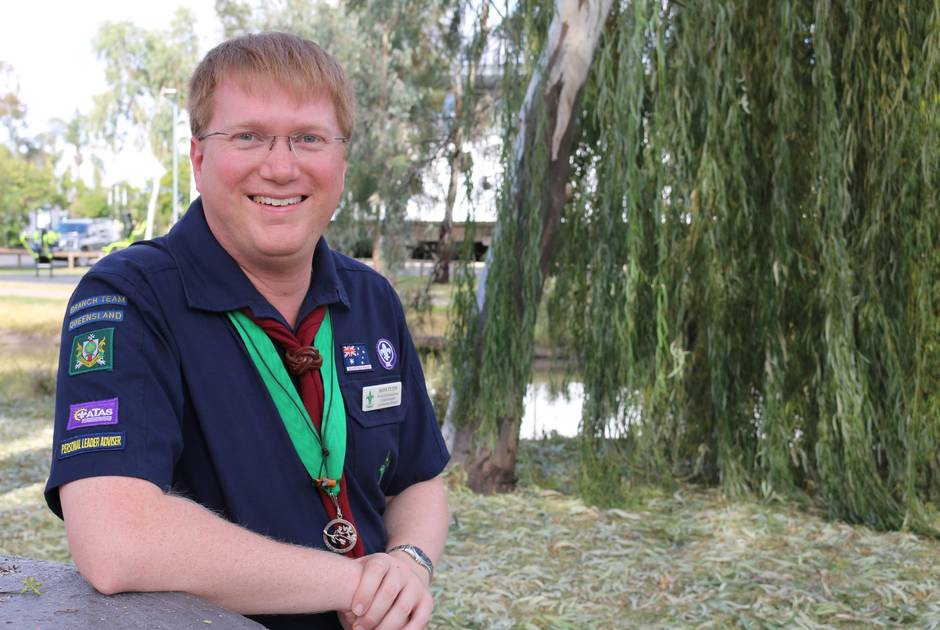 In 1907, Lieutenant Baden-Powell devised the motto of worldwide scouting: “Be prepared”. The British founder of the World Scout Movement argued that a Scout must always be “in a state of readiness in mind and body to do their duty”. More than a century later, this global movement has grown to over 50 million members in more than 170 countries, making it the largest youth movement on the planet. Today, in the midst of an unprecedented pandemic, the motto of Scouting is more important than ever.

Although young scouts are usually known to gather for action and adventure, they are also committed to serving their local communities. Scouts feel bound to the three broad principles of Scouting: 'Duty to God', 'Duty to Others' and 'Duty to Self'. KAICIID has actively contributed to a survey on spiritual development in scouting where the “Duty of God” principle stood at the centre of analysis.

“In times of COVID-19, the Scouts have stepped up to these three principles,” Ross Tutin says. “In wealthier countries, the state often provides emergency services, disaster relief and support. In many developing countries, however, Scouts fill  the gap. A lot of initiatives have been organic, they happened on the go and were tailored to the needs of a local community, the local culture and the language”, he explains.

In Niger, Scouts launched a public awareness campaign and so-called “Community Watch Committees” to combat the spread of the virus. Turkish Scouts mobilised their volunteer force to ramp up the production of mouth-nose masks, helping healthcare staff and frontline workers to protect themselves amid a rising shortage. “This pandemic has shown what Scout volunteers in different parts of the world are capable of,” Ross emphasizes. The “Emergency Response Fund” launched by WOSM in early April managed to raise more than 120,000 USD to support the work of Scout volunteers around the planet within a short period of time. 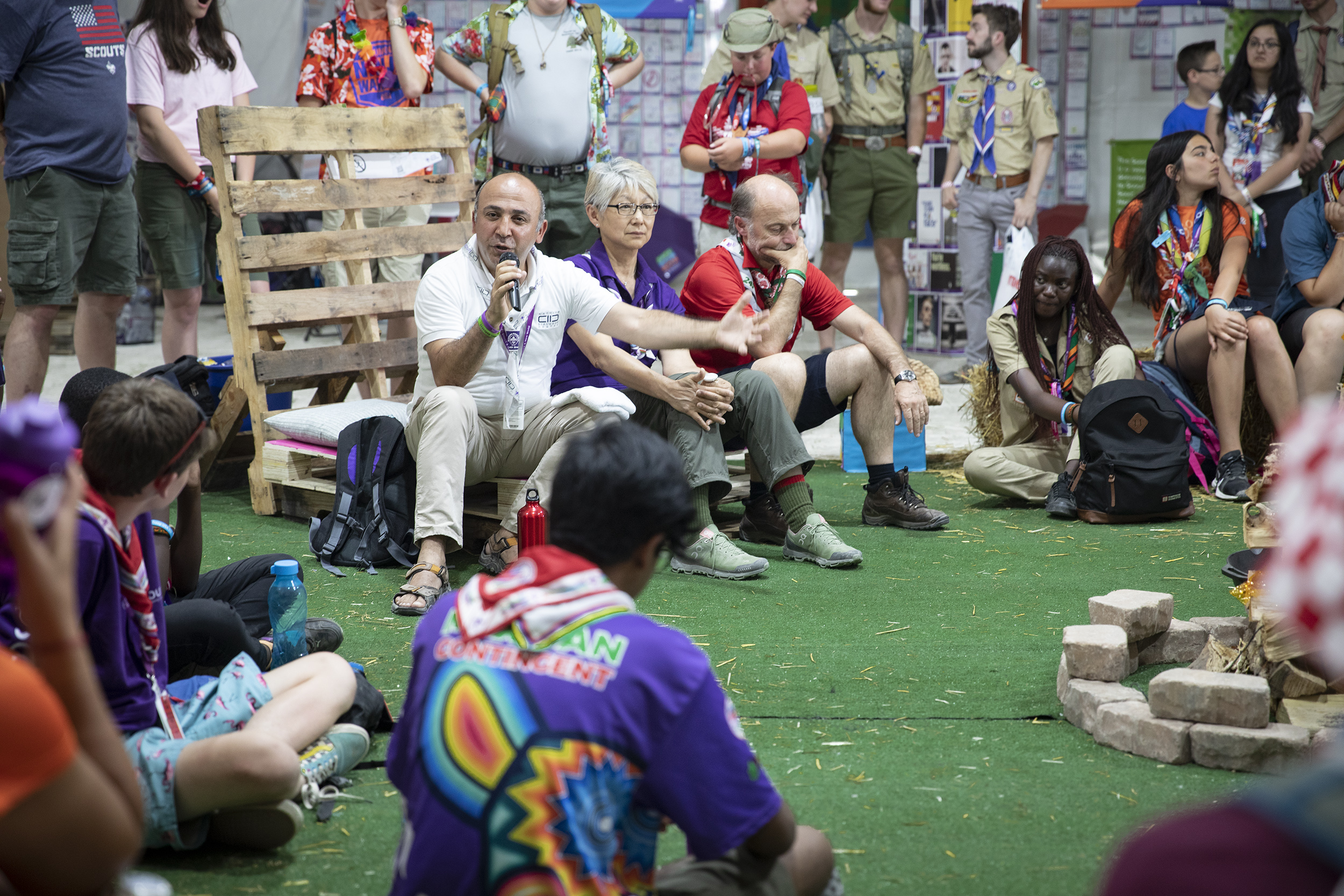 “The online aspect can be complimentary, but it cannot substitute the nature of outdoor scouting”

Although with differences between the countries, COVID-19 has severely limited one of the core aspects of Scouting: outdoor activities. “For us as Scouts, this has been a unique situation. Although we have faced temporary shutdowns of Scouting programmes before in certain countries, on a global scale, there hasn’t been anything likewise, not for this particular generation,” Ross points out.

Since the outbreak of the pandemic, the Scouts have used online tools, including Zoom and Skype, to keep in touch. In April, WOSM organized a special edition of the annual Jamboree of the Internet (JOTI), in which Dialogue for Peace (DfP), a joint KAICIID-WOSM programme, played an important role, offering 19 webinars that centred on dialogue and reached more than 4,000 young people from across the globe.

“I think that the online concept we’ve been using during this pandemic has helped us improve some of our programmes. It has had a positive impact on our international connections. Coming together online with Scouts from all around the world has allowed us to understand that we are a global movement of more than 50 million members,” Ross argues.

While the aspect of international connectivity will remain and online activities will eventually grow further, the Scouts will go back outdoors once the pandemic comes to an end. “Teamwork, the patrol system, and certain physical activities – are hard to replicate online. The online aspect can be complementary, but it cannot substitute the nature of outdoor scouting,” he says.

“Dialogue for Peace has achieved a lot for our Scouting programme”

The spiritual development of young people remains a key educational aim of the World Scout Movement. “In a connected world with people who come from different faiths and cultures, spiritual development is of fundamental importance for young people to understand the world around them”, Ross explains. Ever since the memorandum of understanding between WOSM and KAICIID was signed, the Centre has contributed to the incorporation of dialogue into Scouting.

In 2015, DfP was included into the Scouts’ spiritual development programme. Since then, it has equipped more than 2.000 young Scouts with the tools to create a culture of dialogue, contribute to reconciliation efforts, and dispel stereotypes within their communities and beyond.

“To me, Dialogue for Peace is the most important element of our cooperation with KAICIID. The programme can achieve a lot for Scouting and it has worked well around the world. I’m sure DfP will evolve even further,” Ross explains. “The idea is to introduce the programme at the grassroots level by taking in the people that we’ve trained over the past five years”.

Ross has been tasked by the World Scout Committee to lead a Spiritual Development Unit, in which KAICIID is also represented. Its key mission is to develop practical sources for WOSM’s spiritual development programme, such as the Interreligious Dialogue Challenge Badge for older age groups. In order to obtain the badge, Scouts are required to learn about other religions as well as about their own.

Ross is convinced that the combination of Scouting and interreligious dialogue is not something new. “Scouting has always had a strong interreligious element. For 113 years, all around the world kids became Scouts, but they were doing it through their local community. There were Muslims Scouts, Buddhist Scouts, Christian Scouts, and Jewish Scouts… In a way, Scouts have been role models of interreligious dialogue for a long time,” he concludes. 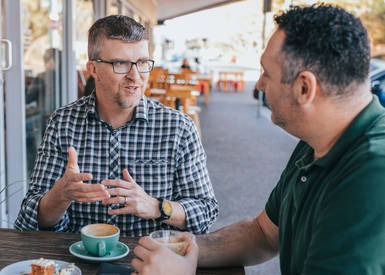 Come to the Feast: Building Friendships Across Faiths

Tim Fawssett grew up in Far North Queensland, Australia, in the remote aboriginal community of Doomadgee. His parents were... END_OF_DOCUMENT_TOKEN_TO_BE_REPLACED