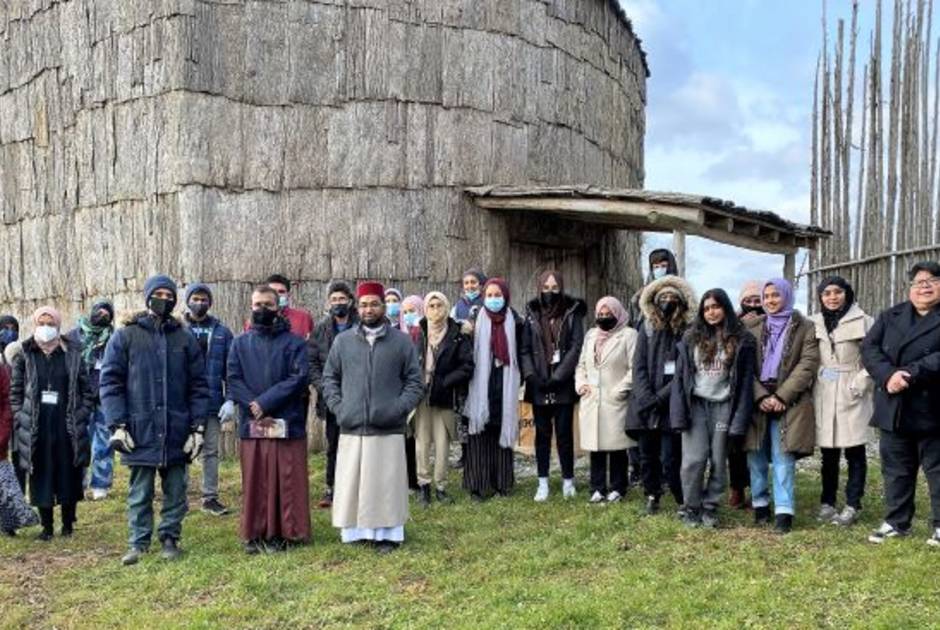 In July 2021, the Cowessess First Nation in Canada found 751 unmarked graves at the site of a former Roman Catholic residential school in the western province of Saskatchewan.

When he heard the news, Imam Irshad Osman of Toronto knew it was a moment of reckoning and reflection for all Canadians.

Regardless of religion, Osman knew the discovery confronted Canadians with the stark realities of colonialism and the mistreatment of indigenous peoples then and now.

Recognising that Muslims had “an obligation to build relationships with the owners of this land,” Osman decided to launch a first-of-its-kind interreligious dialogue initiative between Muslims and indigenous peoples in Canada. Through that initiative, both Muslim and indigenous partners have learned not only more about one another, but also the important, and complicated, role interreligious dialogue plays in indigenous communities in Canada and around the world.

Immediately after the startling revelations in Saskatchewan, Osman – a 2021 KAICIID Fellow – said Canadian Muslim leaders signed a special solidarity statement and read it out to their congregants after Friday sermons.

“We expressed support with the grieving indigenous communities, and pledged as brethren in humanity, to stand and work with them to bring healing, justice and peace,” he said.

But he knew a statement wasn’t enough. After being trained on interreligious dialogue through the KAICIID Fellows Programme, Osman reached out to leaders among both constituencies to set up a six-week dialogue process with 25 Muslim youth. Supported by a small-scale grant from KAICIID as part of the Fellows programme, the series involved training sessions, site visits, and collaborative micro projects.

Wanting to see the Muslim community in Canada connect and go deeper with indigenous peoples, he said the goal of the project was “proper dialogue.”

One of the most challenging, and constructive, events in the programme was an event entitled, “Expectations from Muslim allies” with Janis Monture from Six Nations of the Grand River, Mohawk Nation, Turtle Clan.

Having learned about indigenous beliefs and values from Rev Rosalyn Elm, Priest-in-charge of the Parish of Six Nations and Chaplain of Mohawk Royal Chapel the week before, the session led by Monture aimed to take participants further out of their comfort zone.

“KAICIID Fellows training helped me go beyond my ‘stretch zone,’ to get uncomfortable, but be productive,” Osman said.

“I wanted the youth to have a similar experience, to go beyond beliefs to look at social problems and ways we’ve contributed to their marginalisation,” he said. 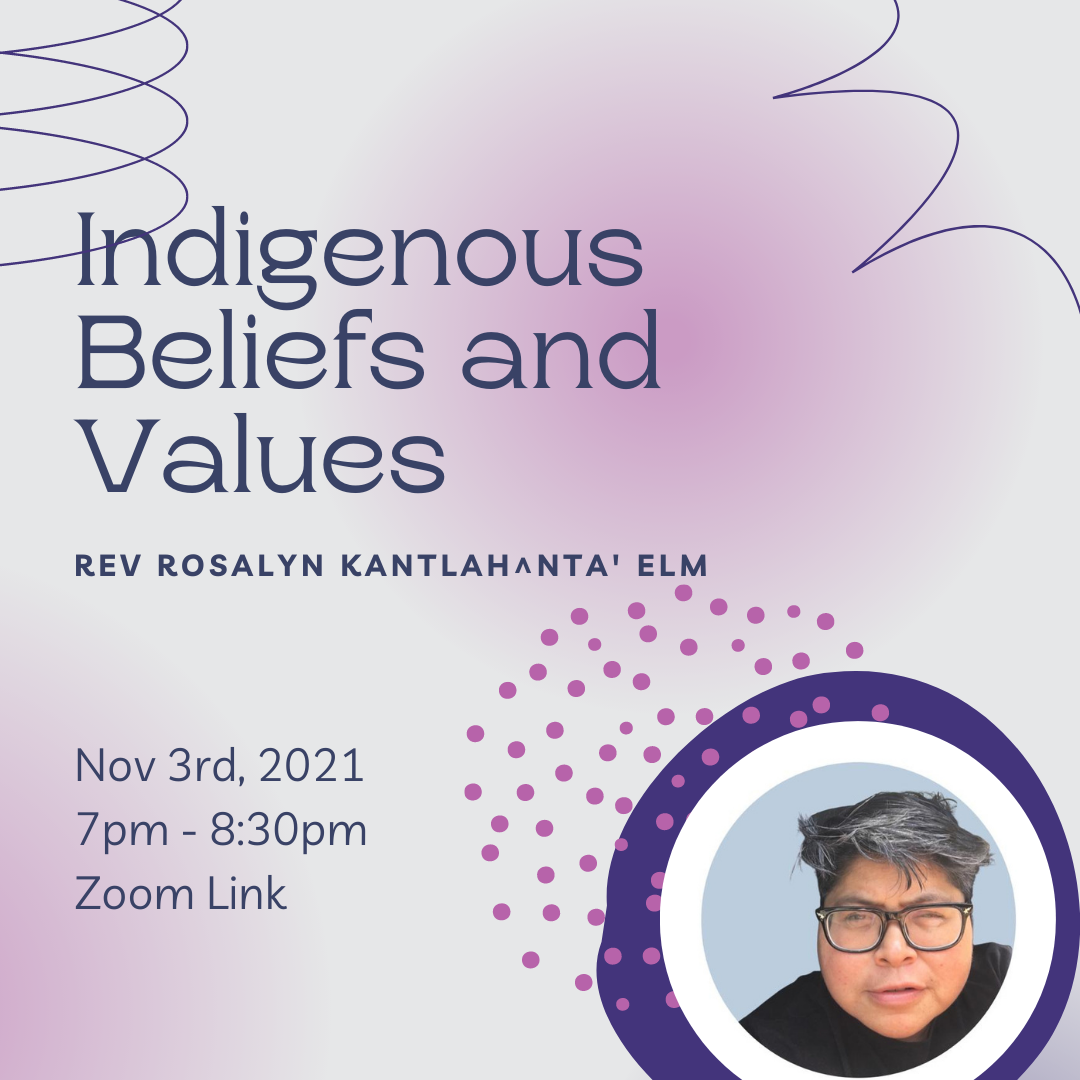 To that end, youth learned about cultural appropriation, joblessness, and suicide rates on aboriginal reserves.

“The dialogue is not about you going with your pre-judgments or ideas about them,” said Osman, “but going into the conversation open to learning about their identity, their experiences. That allows for trust to be built.”

And trust, said Osman, is critical when doing interreligious dialogue with indigenous communities.

“The question is why we should force indigenous leaders to tell us to do certain things or expect them do certain things,” said Osman, “Without trust, we can’t make those assumptions. We can’t place expectations on them.

“For the indigenous community, trust and relationships are of utmost importance,” he said, “then, with trust, you can begin to see where the conversation leads.”

For 2021 KAICIID Fellow Fr. Isaack Gaitani Mdindile, a Catholic Priest from Tanzania, now working in Amazonia-Brazil, those relationships and conversations have led to partnerships between his Institute of Consolata Missionaries with the Wapichana, Waraos, and Macuxi in the Amazonia-Roraima area.

“They are each struggling to regain, preserve and practice their religion and cultural identities, their communal lifestyle and their language,” said Mdindile.

Equipped by KAICIID with skills, knowledge, and small-scale grants to address such challenges and enhance social cohesion through dialogue, Mdindile offers workshops and advocates alongside laywomen from the tribes for their territorial and human rights and for those of indigenous peoples across Brazil.

Intersectional advocacy — between indigenous communities and other willing partners — is essential to address a range of issues, from climate justice to interfaith freedom, Mdindile said.

“We believe that joint efforts and sustainable networks between policymakers, institutions and community leaders are needed to address the complexity of problems we face,” said Mdindile.

Particularly, indigenous voices must be part of interreligious efforts to address climate change, he said.

“Indigenous actors are guardians of nature’s claims and injustices against it, therefore capable of protecting it against the excesses of a civilisation.”

Mdindile continued, “their ancestral wisdom is founded in a shared knowledge that tropical rainforests, rivers, faunas, and all biodiversity richness are a blessing, a wonderful gift, and a sacred trust.”

The work, however, is not without its challenges. Facing vast distances between tribes, weak infrastructures, lack of resources, stark differences between indigenous communities and relatively small numbers, Mdindile said the extra effort is worth the rewards reaped.

“Interfaith dialogue in indigenous contexts is fundamental because it is the only platform and initiative where indigenous people are visible,” he said, “where their traditional knowledge and territorial rights are taken seriously and not romanticised and tokenised.”

Listening to, and learning from, indigenous voices in Indonesia

As an expert on religious minorities in Indonesia and alumnus of the KAICIID Fellows Programme, Dr. Amanah Nurish knows that indigenous voices are vital in addressing pressing issues, from environmental justice to violence between communities.

Over the last two years, with support from KAICIID, Nurish has worked on a mentoring initiative with indigenous partners to bring local relief after natural disasters or in the wake of conflict, helping reduce tensions and counteract reactionary radicalism. Nurish is convinced indigenous peoples are key to this process. In fact, every interreligious dialogue initiative, said Nurish, benefits from indigenous peoples’ interventions.

“Interreligious dialogue with, and between, indigenous peoples reestablishes communication across multiple religions, faiths, and cultures,” she said.

“If we recognise this, we may be able to reduce world problems such as religious disputes, which may be caused by the impact of environmental devastation, ecological crises, global warming, climate change, and so on,” said Nurish.

“In the age of globalisation, our responsibility is to pay attention to the sustainability of these traditional groups and ideas, because they are often the ones who are always consistent in keeping balance,” she said. Too often, however, Nurish said indigenous communities are ignored in favour of larger “world’s religions” at interreligious dialogue events.

To continue to ignore or side-line those voices would be a mistake, she said.

“I believe it is critical to consider interreligious dialogue in the context of indigenous peoples,” said Nurish, “their ideals of locality in constructing dialogue must be acknowledged as a role model for the rest of us.”

Without that local, indigenous knowledge, Nurish believes it will be difficult to successfully translate global goals — concerning climate change, hate speech, or religious conflict — into local contexts. “Not everything that is global can be applied to different communities and countries,” Nurish said. “Each must have the qualities of local knowledge in accordance with indigenous peoples' ideology.”

In his own words, Rabbi Alex Goldberg has “reverse-engineered” his career. He pursued a rabbinic education only after... END_OF_DOCUMENT_TOKEN_TO_BE_REPLACED

Tunisian by birth, Muslim by faith and Austrian by choice, Mabrouka Rayachi knows exactly what it’s like to come from a... END_OF_DOCUMENT_TOKEN_TO_BE_REPLACED 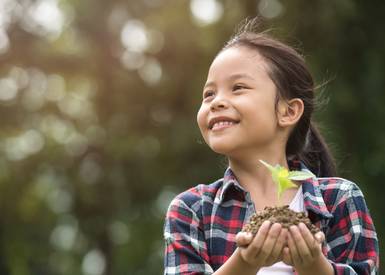 Launched at a landmark United Nations summit in New York in 2015 and attended by 154 heads of state and government, the... END_OF_DOCUMENT_TOKEN_TO_BE_REPLACED