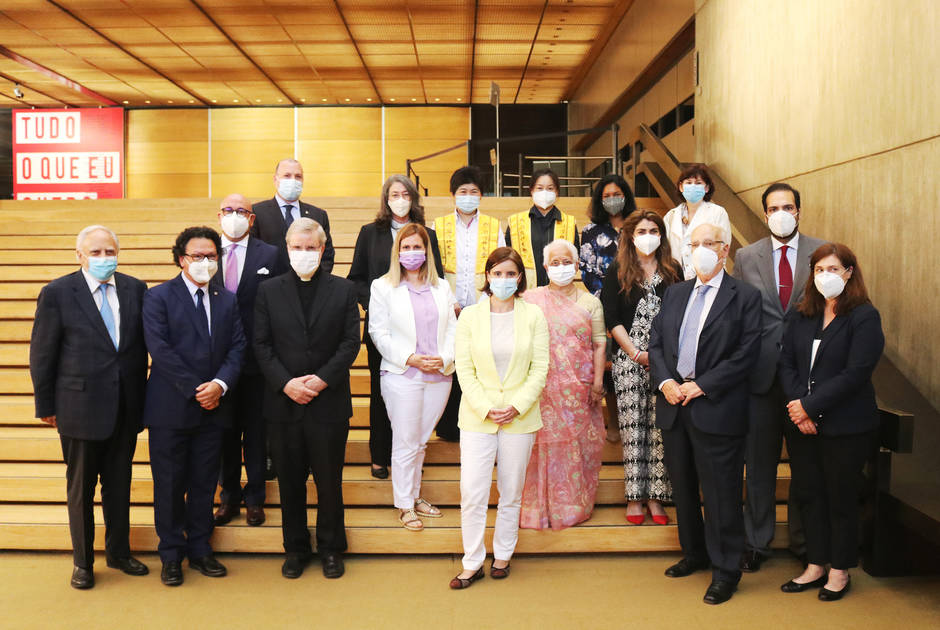 Despite its status as a predominately Catholic country, Portugal’s Working Group for Interreligious Dialogue has brought dialogue between religions into the public limelight and onto the agenda of Portuguese politics.

Overseen by the Portuguese High Commission for Migration (ACM), the group fosters harmony and collaboration between more than 14 different religious traditions in the country.  It also combats discrimination based on nationality, colour, ethnic origin or religion.

“This Working Group demonstrates that religion can be a common space where mutual understanding, respect and integration can be shaped. It is one of our key initiatives”, says Sonia Pereira, Portugal’s High Commissioner for Migration

Religious freedom is a step toward dialogue

According to PEW Research, no other nation in Europe identifies as more religious than Portugal. More than 80 per cent of the population identifies as Roman Catholic and 72 per cent say religion is at least somewhat important, placing the country ahead of traditional Catholic strongholds like Italy or Ireland.

This demographic is slowly changing as immigration has brought more religious minorities to Portugal’s shores.

According to Father Stilwell, Working Group member and Director of the Department of Ecumenical Relations and Interreligious Dialogue at the Patriarchate of Lisbon, interreligious dialogue was originally viewed as a way to facilitate the social inclusion of migrants and refugees in Portuguese society. An initial working group was formed to support integration efforts, but it later died out. 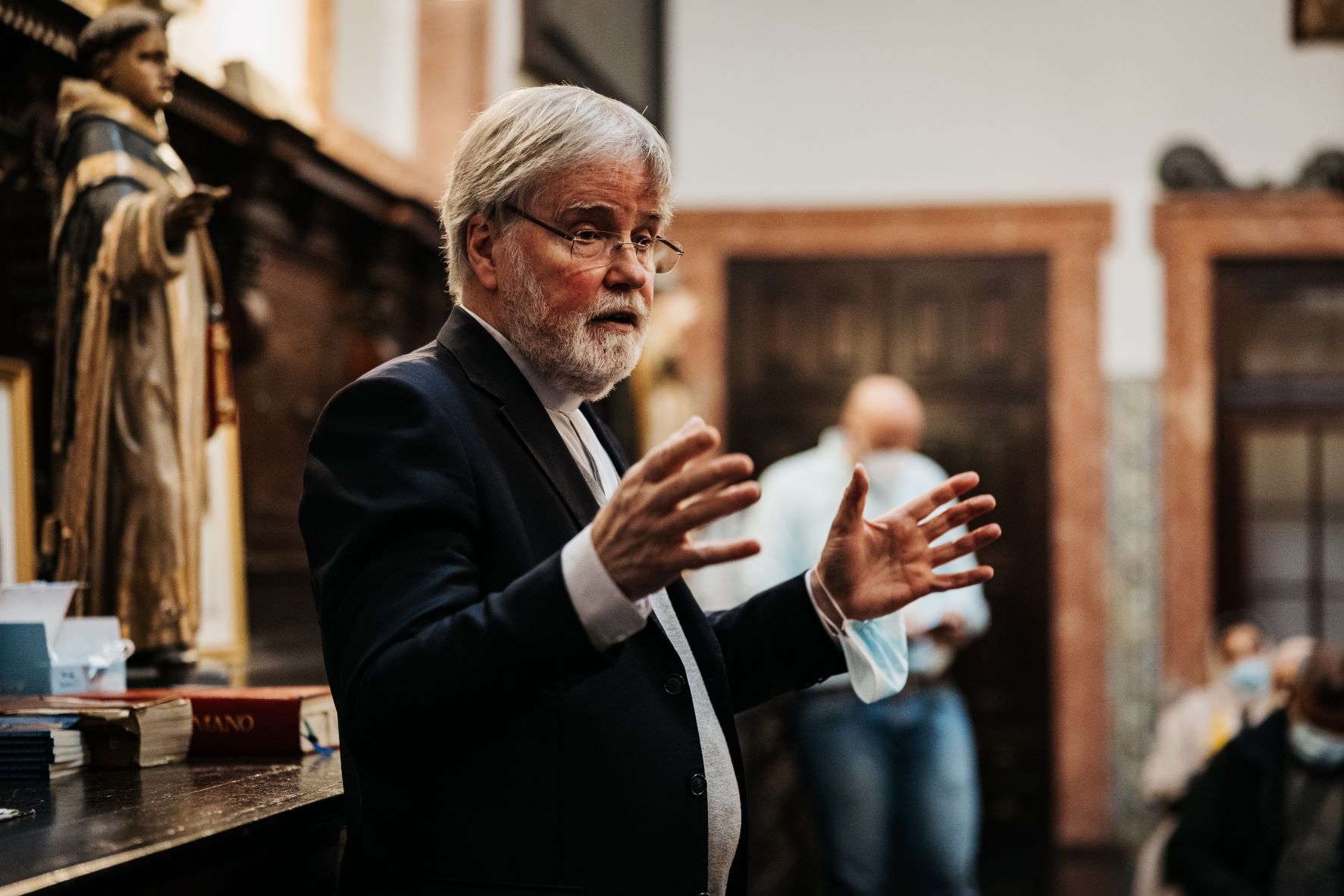 Father Stilwell receiving a group of KAICIID Fellows prior to their graduation from the programme earlier this year in Lisbon (Photo: Nuno Patricio / KAICIID)

In 2015, Portuguese religious leaders and government representatives re-established the Working Group for Interreligious Dialogue (Grupo de Trabalho para o Diálogo Inter-Religioso) at Portugal’s National Immigrant Support Centre and placed it under the umbrella of the ACM. Since then, it has expanded beyond immigration to address issues such as education, information-exchange, public health and pluralism, among many others.

The current Working Group is the product of decades of efforts to promote religious freedom in Portugal. In 2001, the Portuguese parliament approved a religious freedom law to implement the constitutional principle that all religious communities, not just the historically privileged Catholic Church, have the same rights and responsibilities.

While the law confirms clear separation between the state and the churches, it also underlines the importance of collaboration between them. “In this way, the law on religious freedom also meant a step forward in the dialogue between religious communities”, said Father Stilwell.

Education is a key priority

One of the Working Group’s key priorities is education, including a programme which fosters interreligious dialogue in schools. Recently the group decided to organize the “interreligious games” which will unite young people from different communities and religions through sports.

Joaquim Jorge Moreira, Working Group member and Elder at the Church of Jesus Christ of Latter-Day Saints, says “sports is an excellent way to send a message of understanding and peace.”

He believes more work is needed in Portuguese schools to emphasise the value of religious diversity.

“Religious communities could have time slots throughout the school year to visit schools and address issues which are relevant to students. However, for that to happen, we need the support of the Ministry of Education”, he said. 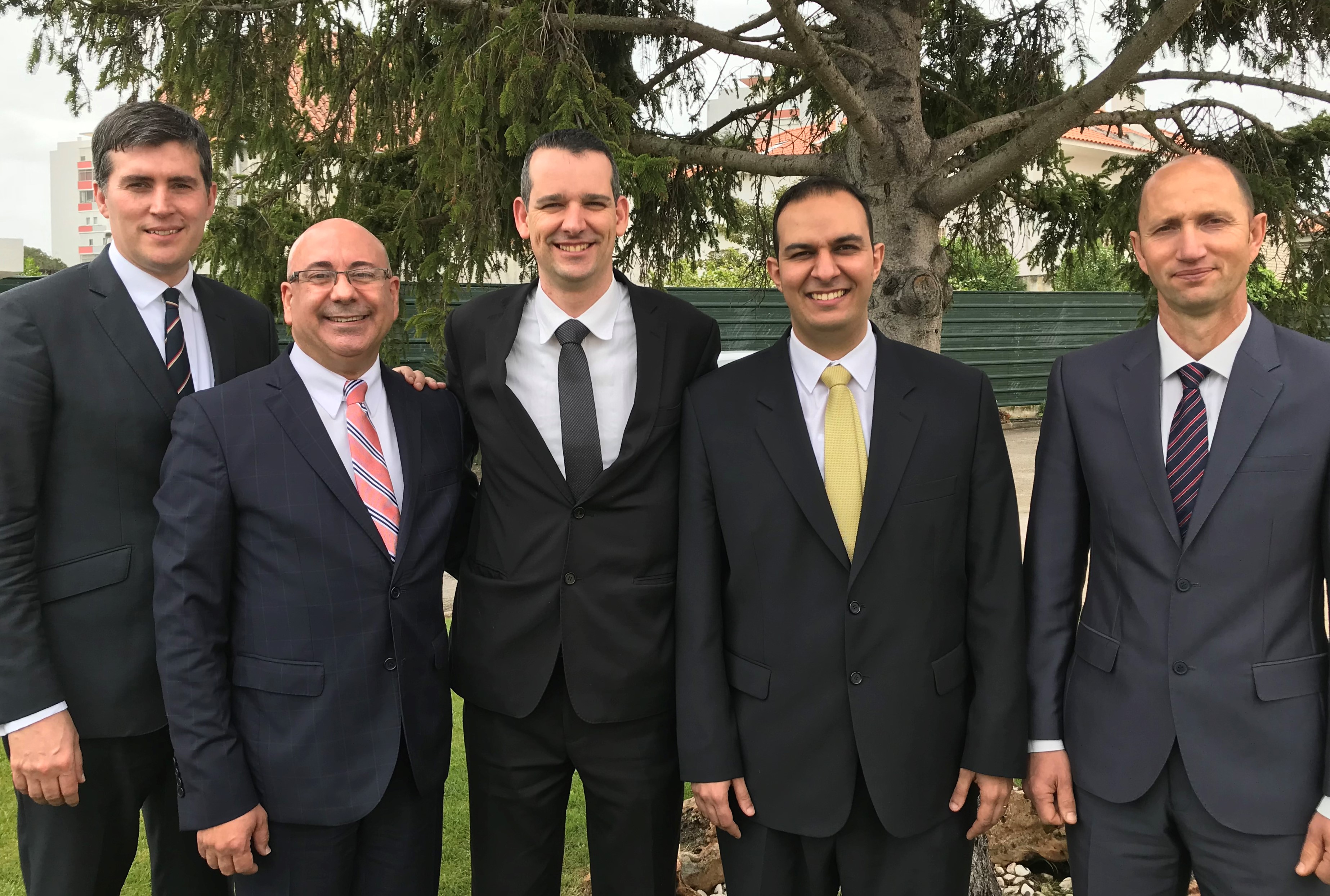 Father Stilwell emphasizes that interreligious dialogue first caught the attention of a broader public in 2000, when the Sant’Egidio Community, the Mário Soares Foundation and the local Roman Catholic Church co-organised a large international gathering in Lisbon themed “Religions and Cultures in Dialogue”, to promote interreligious peace and harmony.

“It was wonderful to cooperate with the government”

The exchange of information between Portugal’s religious groups is another of the Working Group’s key priorities, Stilwell says.

“For example, during the COVID-19 pandemic, the government would occasionally contact the Catholic Church first, simply because it is so big in Portugal. However, they would forget to talk to the other communities. We would then pass important information to each other through the Working Group”.

Some religious groups offered community buildings and religious centres to the government so that exhausted doctors and nurses could take a break during shifts, carry out vaccination campaigns, or temporarily house migrants. “Additionally, we discussed internally how religious communities could help vaccination and awareness campaigns to fight the pandemic,” Moreira said. “It was wonderful to cooperate with the government.”

“The President has supported us in an outstanding way”

Despite the country’s secular and non-confessional traditions, high-level public officials have a history of supporting religious groups and interreligious dialogue in Portugal.

Moreira says President Marcelo Rebelo de Sousa visited almost every religious community in the country at least once during his first term in office. He has also been a frequent visitor at the Lisbon Central Mosque and, at last year’s Ramadan, he broke fast with the local Muslim community.

Former President and Prime Minister Mário Soares, called the ‘father of Portuguese democracy’, did the same.

“Although he himself was a non-believer, he recognised the power of interreligious dialogue and supported the idea that religion plays a strong role in cultural life. Therefore, it has a place in public affairs”, Stilwell said.

“We need to be more visible to the general public”

Despite good government relations, Stilwell and Moreira agree that the Working Group needs more visibility with the public, to ensure that interreligious dialogue is mainstreamed throughout the country.

Although there has been much support from the High Commission, more could be done to introduce the Working Group to society at large. Moreira also laments that the media is not very interested in the Group and its activities. 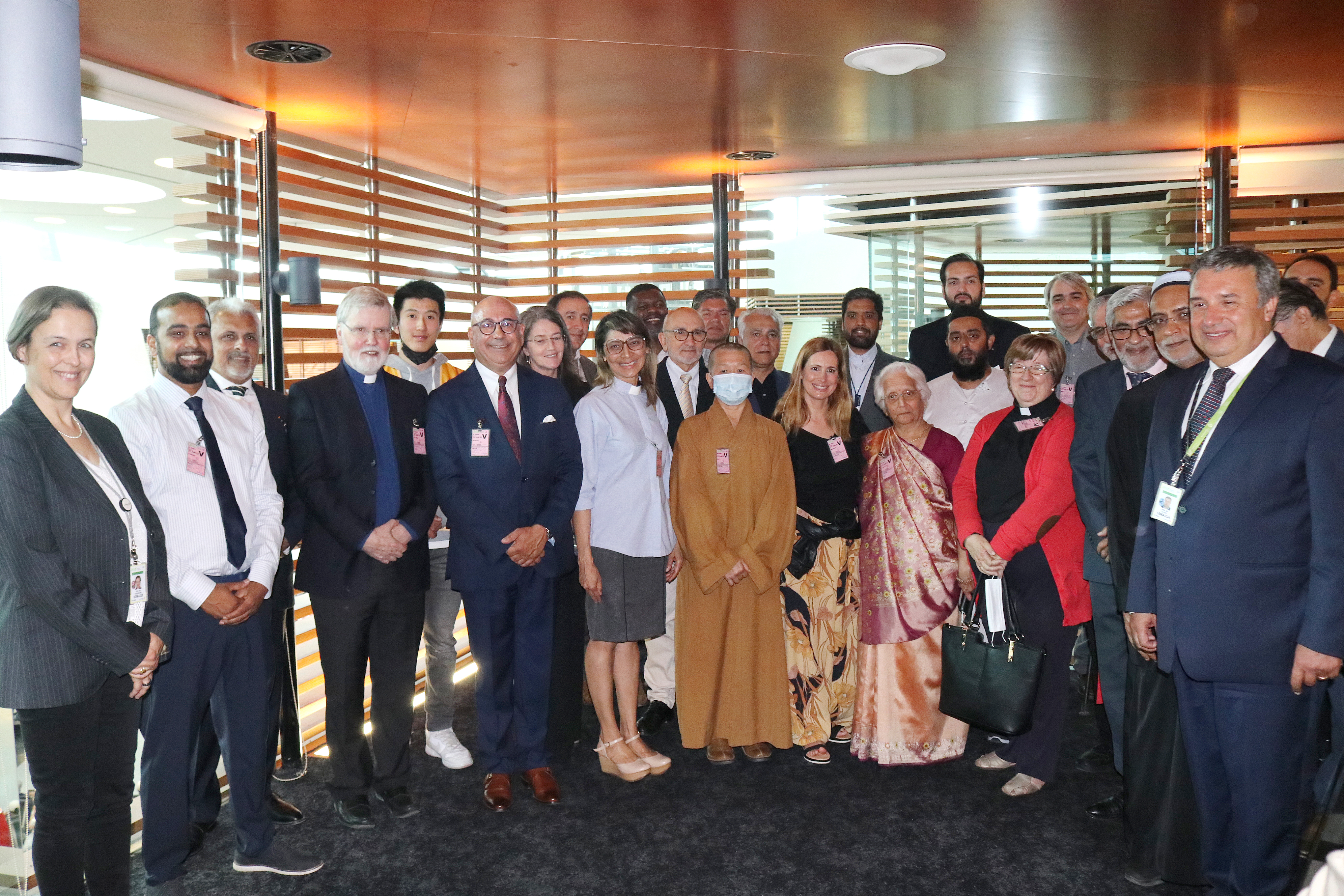 Members of the Working Group at the inauguration of a new multi-faith prayer room at Lisbon airport in June 2022 (Photo: ANA – Aeroportos de Portugal)

The group’s external communications, including social media campaigns, have performed well among the public and attracted interest. However, Moreira says, KAICIID, with its international reach and convening power, might be able to further raise the profile of dialogue in Portugal.

Stilwell adds that additional support is needed for local outreach as well as within the educational system.

Even so, the success of the Working Group is clear, having brought Portugal’s religious community leaders closer together.

“One of the fundamental values of this group, in my opinion, is that we look at each other face to face. We are friends”, Stilwell said. “If I have an issue with Joaquim, I can ring him up and say ‘Hey, you’re stepping on our toes!’. It’s natural that we ruffle each other’s feathers from time to time, even within the Catholic community. At the end of the day, however, we need to realize that we are all in the same boat together”.

This, Stilwell says, is why dialogue is so important, especially as religions define social and individual identities.

“These identities can become closed, unable to dialogue or meet with others,” he adds, “or they can become identities from which we set up a fellowship or even friendship with people of other beliefs”.

Features
“In Portugal, We See Immigrants as an Important Resource for the Development of Our Country”
Features
In Portugal, Network for Dialogue Member MEERU Creates a Culture of Welcome 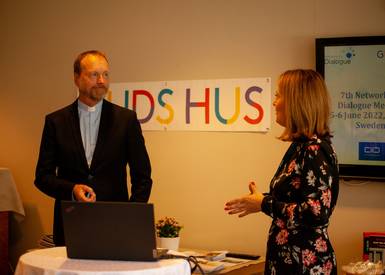 In 2015, as many European countries tightened borders against the surge of refugees fleeing conflict in the Middle East,... END_OF_DOCUMENT_TOKEN_TO_BE_REPLACED 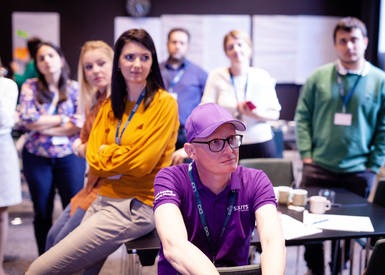 Having witnessed Jon Rasmussen’s dialogue efforts at the World Organization of the Scout Movement (WOSM), where he had been... END_OF_DOCUMENT_TOKEN_TO_BE_REPLACED 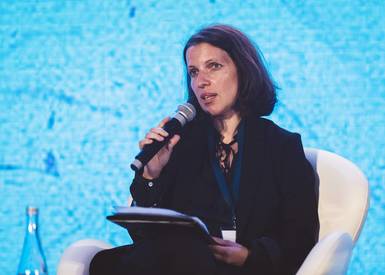 Europe is facing its largest refugee movement since World War II, as 4.9 million Ukrainians have fled war on the continent... END_OF_DOCUMENT_TOKEN_TO_BE_REPLACED