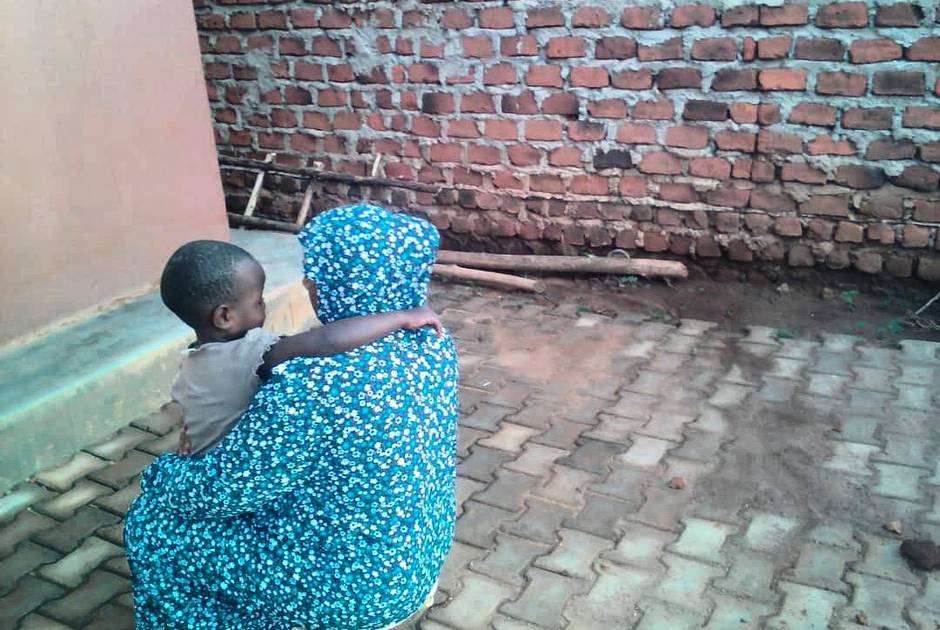 Since worldwide lockdowns have been imposed to combat the spread of COVID-19, there has been an alarming rise in domestic violence everywhere.

In a recently published brief about gender based violence, the United Nations Development Programme reports that globally, 243 million women and girls aged 15-49 have been victims of abuse over the past 12 months. Now, during the current pandemic, many find themselves stuck behind closed doors with their abusers under the same roof. Children are particularly vulnerable and often fall victim to unresolved anger, misguided aggression, or impatience.

KAICIID Fellow Nageeba Hassan, from Uganda, worries that due to the stay-at-home order resulting from the COVID-19 outbreak, victims of domestic violence are increasingly finding themselves isolated from the people and resources that can help them. In response, she is trying to support families in her community by offering live online interreligious meditation guidance for parents and their children during the lockdown.

“Meditation is important; it is a means to dialogue and non-violent solutions, especially now during the pandemic because parents are stressing over different things like unemployment, money, food, health, children missing school, and lack of services. Poverty makes things even worse because some people only have one room for the whole family. It especially puts children at risk when the parents get angry because they often quickly resort to punishment. I feel that meditation can keep everyone calm and safe,” she said.

Statistics show that one of every three women in Uganda is a victim of physical and or sexual domestic violence at least once in her lifetime. Nageeba explains that children often get hurt in the process, either directly or indirectly, leading to depression, anxiety, or fear of their parents. Many children become aggressive toward others, commit suicide, or run away from home. Generally, boys learn that violence against women is normal, while girls see their mothers staying in abusive relationships and grow up thinking that is expected of them. This dangerous cycle can lead to a generation that normalizes abuse, and it needs to be addressed properly before it is too late.

Nageeba describes domestic violence as a monster with many faces because it has many forms: “Parents are arguing, abusing each other, and fighting in front of the children… our local media in Uganda has televised and reported husbands and wives killing each other and their children. In my community, we have not had any cases of murdered children but we have several cases of abuse including one case of stabbing. The situation is really bad,” she said.

Nageeba sees parenting as a skill which is unfortunately lacking in some Ugandan families. Normally, children spend most of their time at school, which is not happening now due to the pandemic. She says that often parents are quick to resort to violence instead of finding positive parenting methods to resolve the situation.

Even before the pandemic took over the world, through her organization “Restoring and Empowering Communities”, Nageeba has been leading a comprehensive parenting programme. As parents would never come if they were invited to a session on domestic violence, she packages domestic violence as one of the sessions, titled Parent-Child Communication. Participants learn non-violent communication, how to talk to different age groups, meditation, and dialogue.

Nageeba has made a difference in the lives of many through her work. After completing the programme, several participants opened up about their experience with domestic violence in their homes. Whether they were the victims or the perpetrators, their feedback was that her programme helped diffuse tensions in their homes through dialogue.

An Interreligious Approach to Meditation

Because Nageeba wants everybody to participate, she takes an interreligious approach to meditation. She first started implementing this method during her time teaching Islamic Studies as part of Social Studies at the Aga-Khan Education Service in 1999-2006. The school had over one thousand children, whom she described as very active and unsettled. She had to find ways to support them and make lessons more meaningful, so she utilized visualization techniques mixed with meditation.

“It’s like a game where children are invited to sit in a comfortable place and take deep breaths, focusing on the air coming in and out while noticing the difference. The guidance starts with nice things that they are used to like: colours, cartoons, food, games, or movies. After that I choose what needs to be focused on; for example kindness, sharing, forgiveness, non-violent solutions to problems, how to help people who are sick without getting sick yourself… basically anything that needs a good dialogue,” she said.

Her method allows the children to reflect and think. They often come out of the meditation like they had a dialogue with themselves. It helps them develop much needed skills and values like empathy and respect. It also enables them come up with their own solutions.

Nageeba’s community “Kasengejje Wakiso” is predominately made up of five religious groups: Seventh Day Adventists, Pentecostals, Catholics, Anglicans and Muslims. Through her organization’s programme dedicated to protecting children, she plans to train the religious leaders from these communities on interreligious dialogue, child protection, prevention of all forms of abuse, prevention of radicalization, and supporting deradicalization of terrorists. She also plans to extend the same programme to cultural leaders, local council leaders, law enforcement, elders, women leaders, and youth leaders.

So far, she has engaged thirty households and has held four meetings with women in her community, which were followed by two meetings with youth, ten reading sessions with children, six meetings with families in the community including one family with a special needs child, and one meeting with district officials. Once the trainings are complete, she plans to hold a community dialogue to link all the different groups with the government officials in her district because she believes that whatever happens at the grassroots level needs to move up to the next level for it to have a sustainable impact.

Once this is all done, Nageeba expects all children to know the contact information of their parents and caregivers or guardians, their religious leaders, their head teachers and class teachers, the police and the local council, their neighbours, as well as the women and youth leaders in their community.

Nageeba’s dream is to have a web of support where everyone looks out for each other and everyone cares for one another. She is working on creating that by gearing the programmes she leads toward strengthening families through meditation and dialogue, because healthy families are the heart of a healthy and inclusive community. She believes that social support is an urgent need, and that religious leaders can make a real difference if they reach out with messages of hope, offering counselling and spiritual guidance.

“I am trying to build a culture of dialogue in my community,” she said. “I just need strong partnership and support. I don’t mean support for a one day event, but rather for a programme because a culture cannot be built overnight."

03 May, 2021
Tackling the COVID-19 Crisis Amidst an Internet Ban: The Role of Religious Leaders and Local Media in Jammu and Kashmir
30 Jun, 2020
“Violence against women is a pandemic without borders”
END_OF_DOCUMENT_TOKEN_TO_BE_REPLACED

Against the backdrop of prolonged unrest throughout the Central African Republic (CAR), the remote town of Obo was plunged... END_OF_DOCUMENT_TOKEN_TO_BE_REPLACED

During an interview in September 2021, Anas Alabbadi, Deputy Director for KAICIID’s Programmes Department, was distracted by... END_OF_DOCUMENT_TOKEN_TO_BE_REPLACED

Across Nigeria, a vaccionation and information campaign is empowering religious and traditional leaders to promote public... END_OF_DOCUMENT_TOKEN_TO_BE_REPLACED