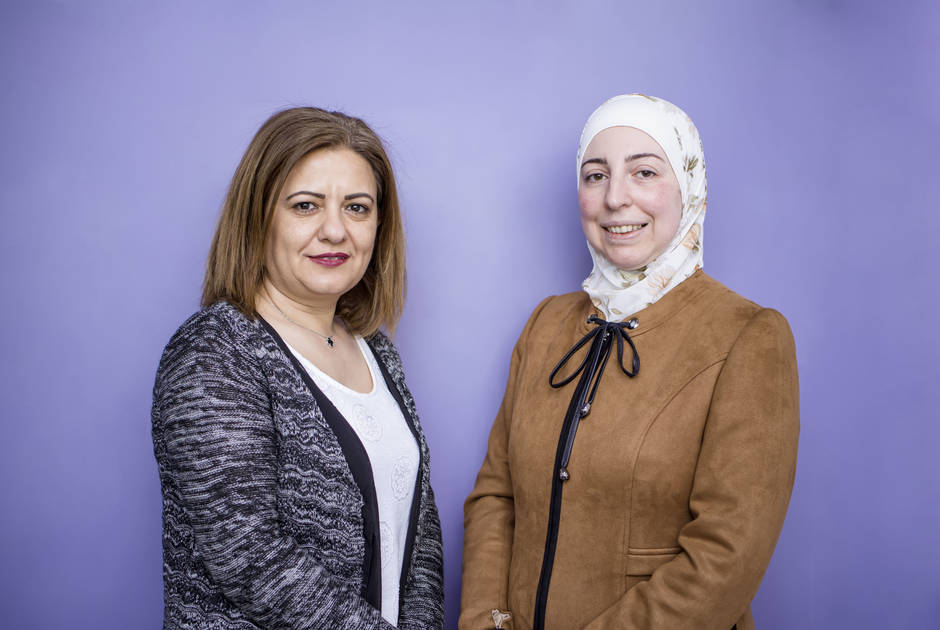 As far as partnerships go, the collaboration between Wafa’ AlMakhamreh and Dr. Rania Alayoubi is inspirational.

AlMakhamreh, a Christian who works for Jordan’s Ministry of Education, first met Alayoubi, a Muslim expert on women’s issues and dialogue, in Amman, Jordan, in 2017. Both were attending the first training session of the KAICIID Fellows Programme's Arab Region cohort in the hope of advocating equal participation for women in the public sphere, particularly within post conflict decision-making processes.

Following their first meeting, Alayoubi and AlMakhamreh teamed up on a project, titled “Fostering th­e Role of Women in Promoting Dialogue as a Lifestyle in Multi-Religious Societies.” Since initiating the programme in 2017, the women have worked to expand its reach far and wide.

For Alayoubi, this has meant targeting hate speech prevention by introducing young people to dialogue principles and other programming. Alayoubi also works with religious leaders and teachers to keep the dialogue process integrated across generations. This has not only entailed creating alliances with institutions, helping to align their missions more closely, it has also empowered her to develop and apply new educational tools. 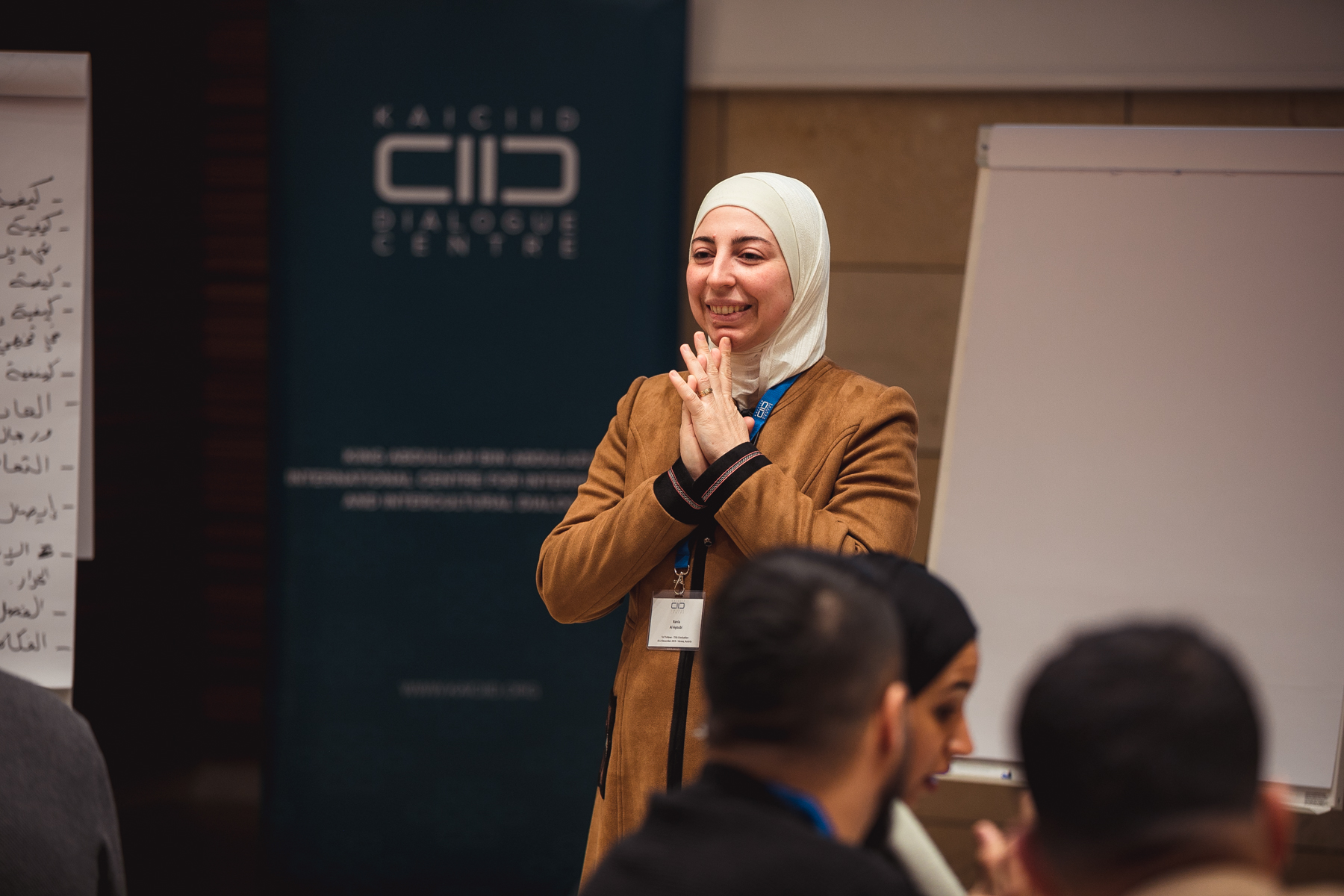 For Dr. Rania Alayoubi, dialogue is about carving out a new way of life based on peace and forgiveness

“This way, we can keep the programme running efficiently in future and also bring a culture of dialogue to younger tranches of the population — a culture that is built on dialogue and forgiveness,” she said.

Addressing issues of participation and inclusion of women

In parallel, AlMakhamreh is devoting herself to creating a collaborative network of women in the Arab world and is working together with local NGOs to address issues of participation and inclusion. She credits the Fellows programme with empowering her to approach and forge partnerships with international organizations and other individuals.

Since that first meeting in 2017, over 1,000 men, women and children have participated in AlMakhamreh and Alayoubi’s initiative. Events organized on behalf of the project have included Training of Trainers’ workshops, lectures, problem-solving seminars, street football and iftar banquets.

Using digital outreach, AlMakhamreh and Alayoubi have so far managed to create a community of dialogue advocates from the Bahá’í, Christian, Druze and Muslim faiths. Coming from in and around Amman, and representing communities in Egypt, Iraq, Italy, Palestine, Somalia, Sudan, Syria, the United States and Yemen, the participants make up an impressively inclusive kaleidoscope of cultures and religions.

Building on this success, Alayoubi and AlMakhamreh have created new training programmes, partnering with other institutions on these opportunities in order to guarantee their project’s sustainability and to expand its reach. 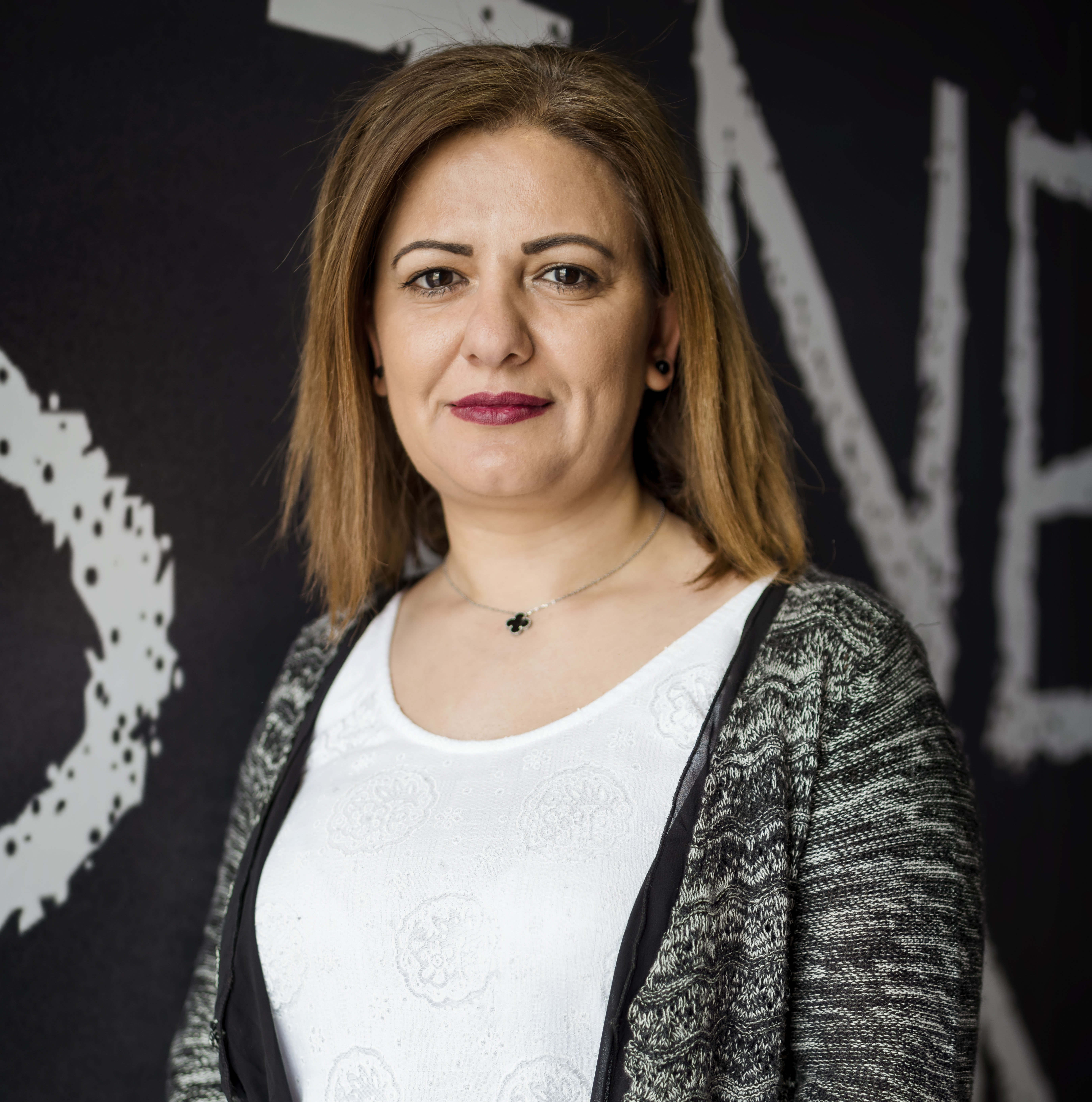 Up til now, women in Jordan have only played a modest role in interreligious dialogue. “Women need to be o­ffered more activities in order to get involved in the field of dialogue,” AlMakhamreh said.

Even so, she and Alayoubi worry that the resources available to fill that need may not be enough. Additionally, although the programme’s conception was seamless, both women admit that its implementation has been much harder.

Yet, despite battling with the logistics of transporting hundreds of participants to a single venue, and funding that is being largely outpaced by demand, they remain committed to amplifying the voices of an underserved community in the dialogue space.

Maginifying the representation of women in interreligious dialogue

KAICIID has supported AlMakhamreh and Alayoubi’s initiative since 2017 and the impact has been a perceptible shift in thinking among the programme’s participants. AlMakhamreh recounts instances of participants who were closed o­ to people of other faiths, simply because they had never met “the Other” before.

She also said that many of the male participants were eager to learn how to be allies for women in the interreligious dialogue space, commenting that it was the first time that they’d had the opportunity to learn about gender issues in a formal and supportive context. 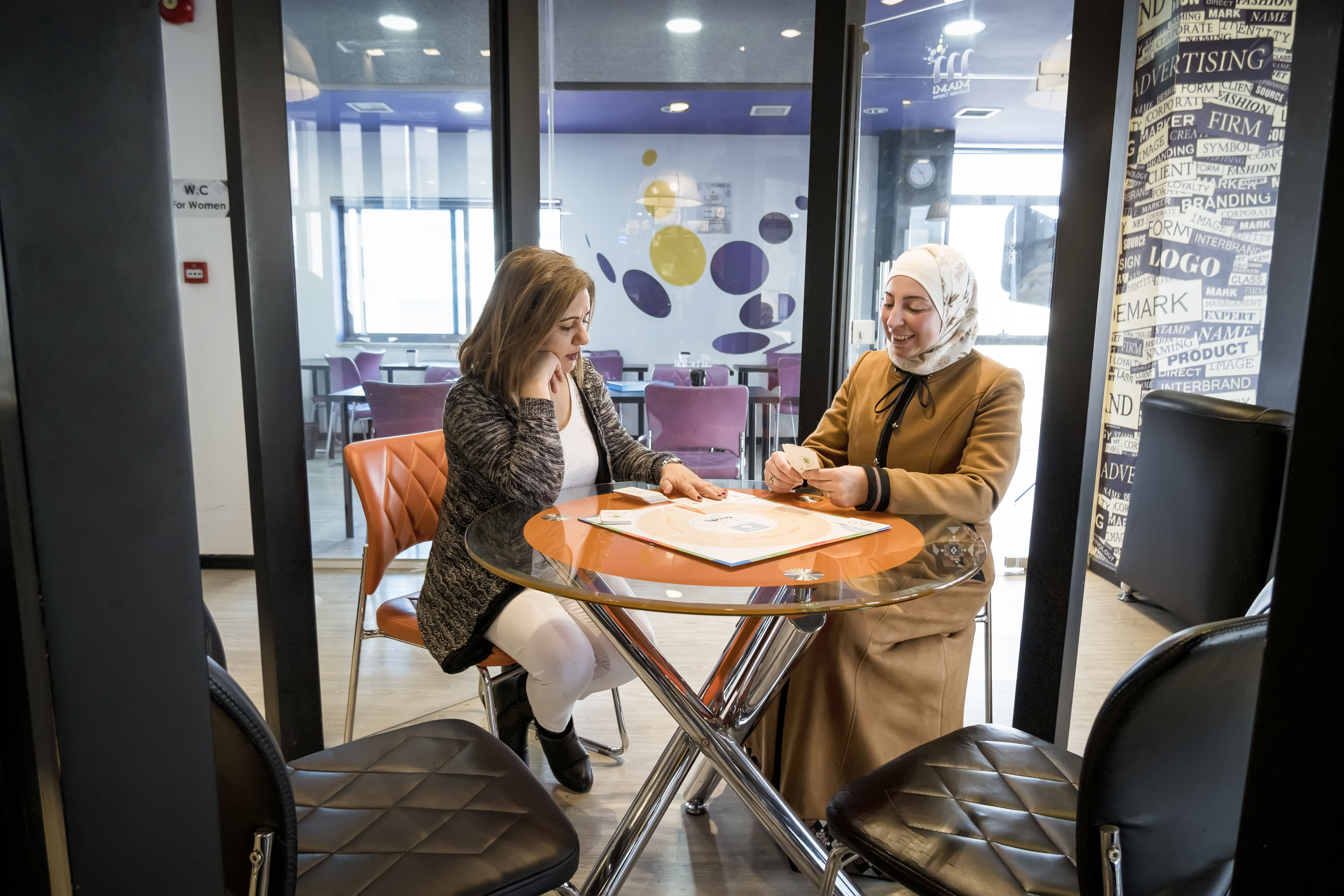 As a result of the training and the diverse methods used, Alayoubi perceives the medley of cultures and religions to be moving closer together and showing more mutual respect. This has been achieved through a sustained e­ffort to make the training ongoing, rather than episodic. Even after the formal sessions conclude, participants are encouraged to continue to engage one another in dialogue, build stronger community bonds, play a sport or to share activities, meals and religious holidays.

This growing cohesion is what spurs the two women to continue working to magnify the representation of women in interreligious dialogue. With her devotion to creating a just and peaceful society, fuelled by a belief that every individual has a role to play in peacebuilding and citizenship, AlMakhamreh has also begun training young people in civics and non-violence, on behalf of the Young Women’s Christian Association (YWCA).

These additional community-focused priorities serve to amplify rather than dissipate the eff­ects of their own initiative. AlMakhamreh and Alayoubi maintain a singularity of purpose as they look to the future, determined to protect a spark of hope that they can change the planet for the better.

“I truly believe that if each one of us does even one small thing, it can be huge for the future. I want every woman to know her value and to understand her leading role in creating peace,” AlMakhamreh said.

Alayoubi added, “I feel that my role in society is very important. It’s not just about training, it’s about helping to carve out a new way of life in society so that we can coexist peacefully in the future. I strongly believe that every small deed that we do now will have a big impact in years to come.” 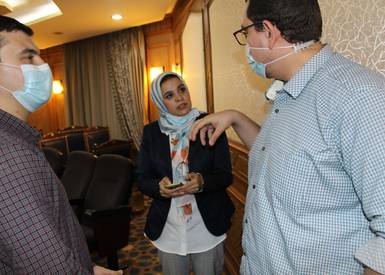 Fatima Abu-Srair ’s motto is “Why not!” Saying “no” can create barriers. Since her graduation from the KAICIID International... END_OF_DOCUMENT_TOKEN_TO_BE_REPLACED