An Invitation to Inclusion 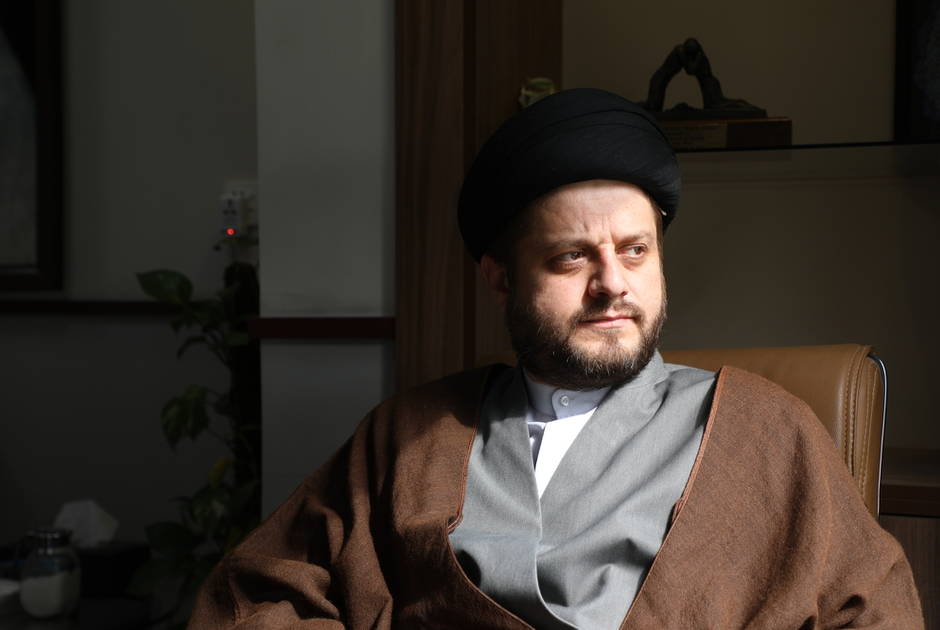 Zaid Bahraluloom believes that the definition of citizenship in Iraq is changing. Today, he says, most Iraqis want the same rights and responsibilities for all, in order to create a country where everyone can realise their dreams.

Iraq comprises a rich tapestry of distinct identities that include people of the Bahá’í, Christian, Mandaean, Muslim, Yarsani and Yazidi faiths. For Zaid, religious and cultural pluralism is an important and necessary way of life.

Born in 1981 in Baghdad, Zaid grew up in Al-Najaf, a city in central-south Iraq. While studying at university, he began studies in the Hawzah — a seminary for Shi’a Muslim clerics. “The Hawzah is the zenith of Shiite religious studies,” he said. “It has always supported humanitarian principles.” Zaid applies these same principles to his own interreligious work at the Al-Balaghi Academy.

According to the Borgen Project, a US-based initiative to bring political attention to global poverty, an overemphasis on religious teaching is causing conflict within the Iraqi population. The Iraqi education system was overhauled in 2008, introducing new standards that prioritised Islamic education. This resulted in an unequal distribution of religious education in the country, given that religious minorities were not aafforded opportunities to learn about their own religions.

In 2017, Zaid was nominated to join the KAICIID Fellows Programme. Knowing that Iraq is so religiously diverse, it seemed incongruous to him that followers of other faith traditions were excluded from the methodological make up of the country’s religious schooling.

“Other religions exist, regardless of whether we want them to or not,” he said, explaining that religious pluralism in education is important. “All religions have the same goal and honour the same human values that are almost universal.”

Today, as a researcher at the Bahr al-Uloom Institute in Al-Najaf, he is at the forefront of advising policymakers and other stakeholders within the Iraqi education system. The institute relies on advocacy to engage and motivate stakeholders to accept the vitality of pluralistic religious perspectives within local education.

By inviting influential decision-makers within the education ministry, key thought leaders, educators, organizations that work in education and people directly involved in curriculum development to become part of the institute’s programming, Zaid is working to create a collective consciousness that addresses the need for a more religiously inclusive curriculum in school. He hopes that the Bahr al-Uloom Institute can build a broad and powerful consensus for the idea of religious inclusiveness in Iraqi schools.

“The process of uniting stakeholders around the idea of pluralism in education is a slow one,” Zaid admitted. Yet he remains undeterred, inspired by a vision of religious education that suits all components of a diverse Iraqi society. “We’re working to change the current religious education to one that suits Christians, Yazidis, Sabians, Mandeans, Sunni and Shiite Muslims... everyone. We’re also working to create an atmosphere of civil peace, acceptance of “the Other”, and peaceful coexistence among all people. We are targeting children in primary, secondary and high school, and we want to instil in their hearts love for “the Other”,” he explained.

Zaid thinks that the case for religious diversity is mandated by two factors: common sense and faith. “All religions will continue to exist, whether we want them to or not,” he said. “And on top of that, as a Muslim and a Shiite, if I go back to my religious foundation, I nd that nowhere in any of the sacred Shi’a texts, or anywhere else in Islam, does it call for us to oppress followers of different faiths.”

Coexisting and Complementing “the Other”

Zaid says that he is encouraged by the social advances made in his country and that modern Iraqis are beginning to embrace religious inclusiveness.

“If we could chart the progress from 2003 to today, we would nd that the collective consciousness of Iraqi society has grown and changed for the better. at is true of the whole country, as well as for the people here in Al-Najaf.”

Looking ahead, for Zaid, the question of redeveloping the religious studies curriculum is one that he is determined to help resolve. He is pleased to have instigated an earnest exploration of the topic, pushing it to a new level, whereas before it was thought to be so nebulous and complex that few dared even approach it, let alone confront it head on.

With his cousin Haydr, another alumnus of the Fellows programme, who also serves as Director of the Al-Najaf Center for Culture and Research as well as Director of the Dialogue Chair at the Bahr Al-Uloom Charity Foundation, Zaid is pleased to have been among the first to contribute to this discussion. “We were the ones who broke that barrier, at least in Al-Najaf,” he said.

Having had the courage to bring this vital topic firmly into the foreground, Zaid remains optimistic that the first step in bringing pluralistic religious education from the realms of theoretical possibility to a practical reality has been successfully navigated.

This piece is part of a larger series on Five Years of the Fellows Programme. Read more here.

Historical and archaeological sites, along with ancient sculptures, monuments and manuscripts stand as a testimony to our... END_OF_DOCUMENT_TOKEN_TO_BE_REPLACED

Father Nehme Saliba was born in multicultural Lebanon in 1974, the same year that the civil war broke out. Having lived his... END_OF_DOCUMENT_TOKEN_TO_BE_REPLACED