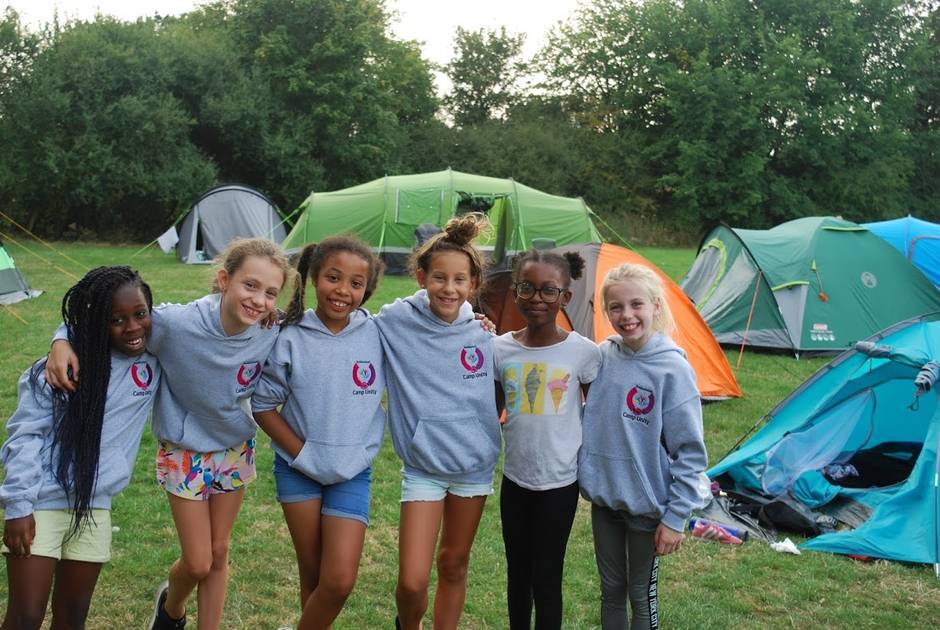 Rabbi Jeff Berger, an alumnus of the KAICIID International Fellowship Programme, speaks with enthusiasm about his plans to expand Camp Unity, an annual interfaith camp for children on the outskirts of London. The overnight camp, which lasted five days last summer and was attended by 35 children from major faiths, recently won a prestigious UK award.

Camp Unity was among 14 organizations singled out by the High Sheriff of Hertfordshire last month for the High Sheriff Awards. Now in its 25th year, the ceremony highlights work conducted by charitable groups and individuals who have made a significant contribution to communities in Hertfordshire. This year’s awards focused on highlighting the work of groups promoting integration or interfaith work, as well those addressing social justice.

While Rabbi Berger developed the idea of Camp Unity seven years ago with Camp Director Rivka David, the initiative’s beginnings can be traced back to KAICIID where he was an International Fellow in 2016. His Fellowship began in Vienna with a group which included Buddhist, Christian, Hindu and Muslim participants. “We had about five days of training with wonderful professors and lots of reflection and dialogue time,” he says. “Though not the first time I was in a multicultural setting, the training was very liberating for me. It made me think that all of humanity is in this together.” 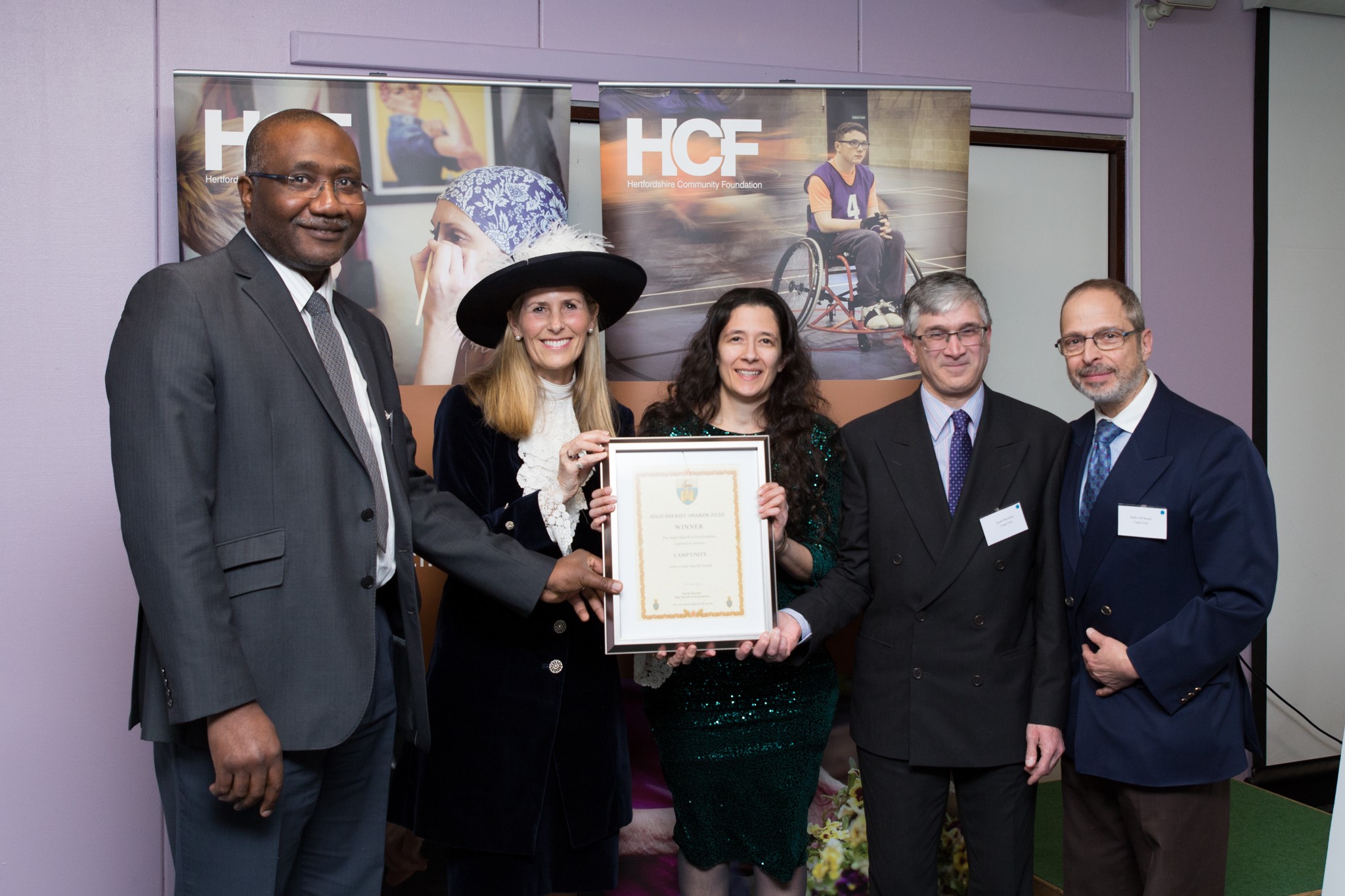 A key moment of his training as a KAICIID Fellow occurred when Rabbi Berger and his 2016 cohort travelled to Sri Lanka to learn about conflict resolution and peacebuilding in the aftermath of the long running civil war. While the conflict between government forces and the Liberation Tigers of Tamil Eelam ended in 2009, resulting in more than 80,000 deaths, Sri Lanka was only slowly beginning the process of reconciliation.

“We heard from people who had been part of twenty-six years of civil war,” says Rabbi Berger. “In 2016 the fighting had been over for seven years, but people were still segregated. People were still working on the problems which had emerged after the war. Probably one in nine households had lost a family member.”

The experience stayed with Rabbi Berger long after his final KAICIID residency in Vienna and graduation. In 2017, he decided that religious leaders could benefit from more interfaith training. “Typically, religious leaders get about 2,000 hours of training, of which about 12 hours are spent on interfaith,” he says. “I felt that to not even allocate one per cent of our time to interfaith was a shortcoming.”

Aided by KAICIID, Rabbi Berger put together a one-day seminar bringing together trainee faith leaders from across the religious spectrum. “We managed to have 15 participants – three from each religion – Buddhist, Hindu, Muslim, Christian and Jewish. There was a morning session of training and in the afternoon, we went to visit houses of worship for each of these faiths. It was rewarding to see how quickly the 15 trainees developed curiosity and trust amongst themselves. It was the first time they'd been to the faith centres of all the other religious groups.”

Camp Unity marks a culmination of Rabbi Berger’s desire to engage with people from different faiths. The camp, attended by children between the ages of 6 and 11, was launched last year. As well as attracting more financially established families, children from lower income backgrounds were also encouraged to participate. The possibility of meaningful interfaith dialogue between parents and children was an important factor. “I discovered that our communities are happy to self-segregate,” says Rabbi Berger. “Catholics are just with the Catholics, Muslims just with the Muslims. No one was willing to take the step beyond those artificial barriers, fears, suspicions and stereotypes. The idea of Camp Unity is to bring young children together to engage with each other and extend the impact to their parents and leaders. I think we’ve been successful in doing that.”

Last summer’s Camp Unity, a collaboration of five faith communities and their leaders, which was partially funded by a KAICIID microgrant, was attended by 35 Christian, Jewish, Muslim and Hindu children from eleven nationalities including, Poland, Nigeria, Zimbabwe, Sri Lanka and the Czech Republic. Over five days, children engaged in activities like team building, archery, wall climbing, shelter building and caving. All meals were vegetarian, kosher, halal and nut-free.

Parents of those children who attended Camp Unity were also pleased. In testimonials, they have written about the fun and educational lessons the children experienced: “After two days of fun we are back home,” wrote one father, Dan. “My girls had a blast. It was great to meet you all. You’ve started something special. We need more things like this.” “Thank you for giving my son his first camping experience,” wrote another father, Vijo. “The theme of all religions/ cultures/ communities coming together is a valuable lesson for the new generation of children.”

“I think with Camp Unity, we created an opportunity that brought parents together,” says Rabbi Berger. “We managed to blow open people’s limitations and fixed mindsets. I felt it was important to open up the window, so to speak, and open the outlook on how we engage with the wider world and humanity. The ideas were already in my mind, but the experience at KAICIID helped me organize them.”

Nearly four years after his Fellowship, Rabbi Berger keeps in regular contact with his KAICIID Fellows via a busy WhatsApp group. He says the messages have helped him to learn about new interfaith initiatives around the world.

“Every day, there must be 20 messages,” he says. “And they’re not just greetings – they’re Fellows sharing new programmes that have happened in nearly sixty countries: in Finland or Indonesia or International Women’s Day in South Africa. It’s a great way to stay in touch and also learn about valuable new ideas.”

In the context of the G20 Interfaith European Regional Consultations , Jeff Simon and Rachel Bayani from the Bahá'í... END_OF_DOCUMENT_TOKEN_TO_BE_REPLACED

When she was seven years old, one of Ruth Ouazana’s playmates announced that she didn’t want to catch “the Jewish disease”... END_OF_DOCUMENT_TOKEN_TO_BE_REPLACED

The G20 Interfaith Forum, Education and COVID-19: Inclusive and Caring Education as a “Vaccine” for the Pandemic of Social Inequality

Dr. Scherto R. Gill is a Senior Fellow at the GHFP Research Institute, an international peace think-tank that is based in... END_OF_DOCUMENT_TOKEN_TO_BE_REPLACED