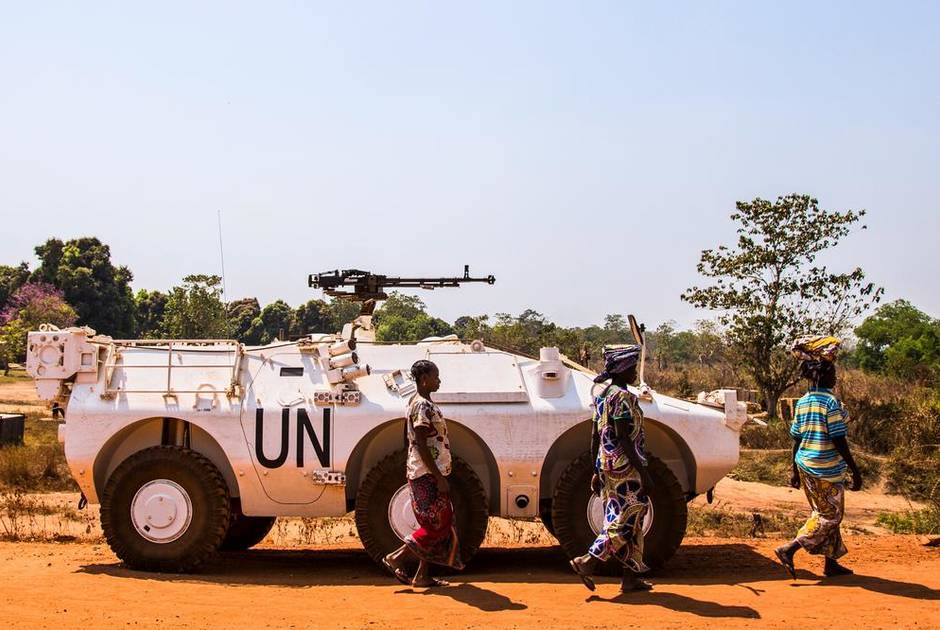 Women walk past a UN armoured-personnel carrier at the entrance to a sprawling camp for thousands of families displaced by civil war in Kaga Bandoro. Photo: Jack Losh

Against the backdrop of prolonged unrest throughout the Central African Republic (CAR), the remote town of Obo was plunged into turmoil earlier this summer after a skirmish between rebels and UN peacekeepers. In the wake of the death and destruction, tensions soared as local residents vented their fury towards the Blue Helmets, prompting the deployment of an interreligious peace mission backed by KAICIID to mediate and reduce tensions.

What happened next underscored the crucial role that CAR’s faith leaders and inter-religious initiatives can play in solving conflict and building peace in the war-wracked country.

The saga began one night in late July. By this point, the country had already endured more than seven months of widespread fighting after a coalition of armed groups launched a rebellion shortly before presidential elections last December — a new phase of upheaval in a civil war stretching back many years.

The small, remote town of Obo is located near CAR’s borders with South Sudan and the Democratic Republic of the Congo, guarded by a combined force of government soldiers and MINUSCA personnel, as the UN peacekeeping force is known. Encircled by an array of armed groups, Obo’s impoverished population depends entirely on NGOs for health and education services. 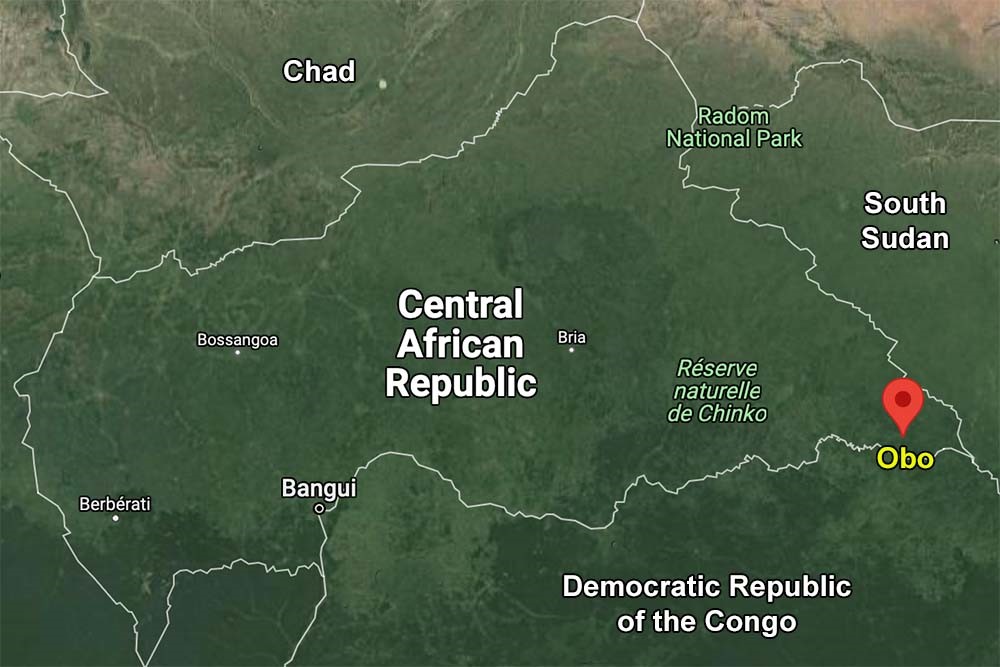 On July 26, tipped off about an impending rebel attack, the MINUSCA contingent deployed military vehicles around the town. Shooting later erupted and during the fighting, two people died, including a government soldier and a two-year-old child. A woman was seriously injured while homes and shops were set on fire.

Following the soldier’s death, Obo’s army detachment — which, by this point, had been on deployment there for 18 months, three times longer than the original six-month mission — denounced the peacekeepers, angrily accusing them of murdering their comrade in arms.

A smear campaign gathered steam, with the town's population claiming that MINUSCA had orchestrated the incident, and so they began demonstrating against the force to demand the Blue Helmets’ immediate departure. They threatened to intensify their marches and carry out belligerent actions if their demands were not met, disrupting peacekeeping patrols and the provision of aid — a key lifeline.

As tensions flared, two mediation missions were sent in — one from the government, the other from the military and the UN — but their efforts failed. Obo remained on a knife’s edge.

A new approach to mediation and peace

A third emergency mission was planned, this time using an interreligious group called the Plateforme des Confessions Religieuses de Centrafrique (PCRC), which is supported financially by KAICIID, as well as through trainings, activites and support on field missions.  Bringing together Catholic, Protestant and Muslim religious leaders, the platform supports peacebuilding in CAR through interreligious dialogue and campaigns against hate speech. 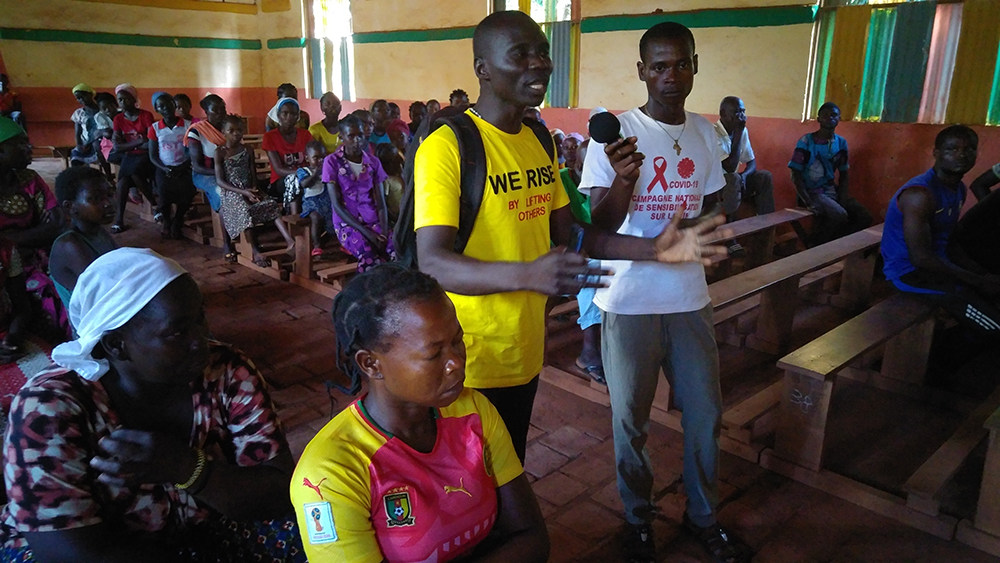 Young people of Obo speak up at the town hall meeting with the Interfaith Platform. The Platform engaged not only civil society and military, but youth and women as well. Photo: Boris Yakoubou

“Religious leaders occupy an important place in CAR as at least 95% of Central Africans say they are believers,” said Boris Yakoubou, KAICIID’s Country Expert in the country. “They use their influence to advocate for religious tolerance, peaceful coexistence and respect for civilians in times of conflict.”

So in August, the PCRC flew to Obo, a town essentially marooned from the rest of CAR due to the dangerous and desperately degraded roads linking it to the rest of the country. Among the team were Guérékoyame-Gbangou, Layama’s replacement, Imam Abdoulaye Ousselenge, Cardinal Nzapalainga’s representative, KAICIID’s Yakoubou and other PCRC members. 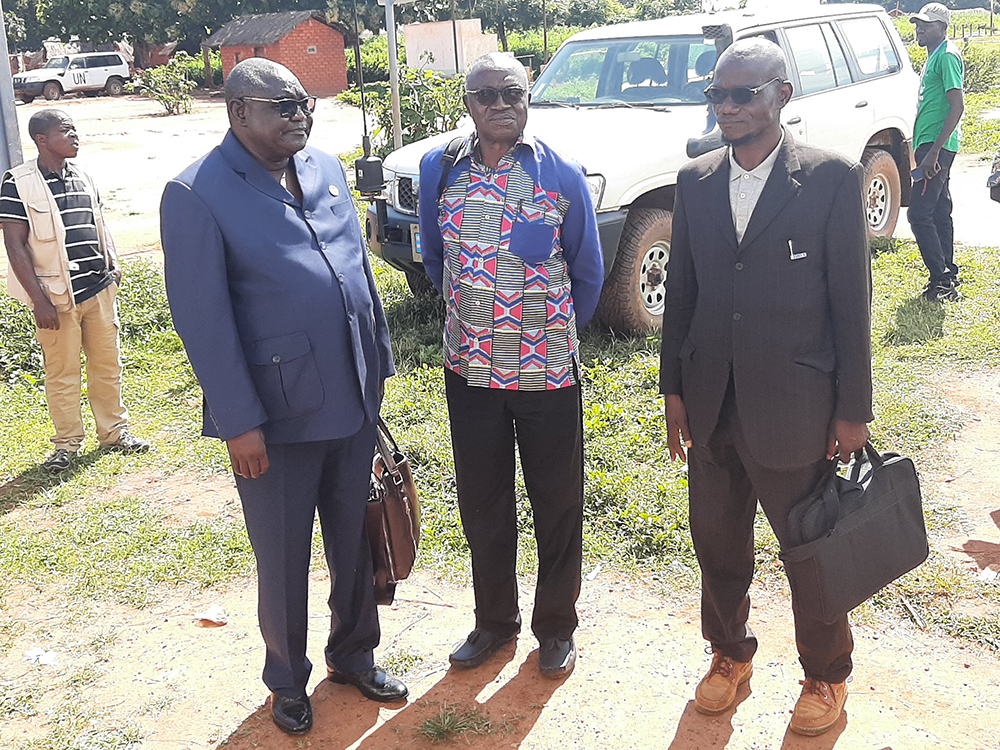 The Platform Members on the dialogue mission in Obo. Photo: Boris Yakoubou

One by one, they began speaking with the main actors involved — the army, the local population, UN peacekeepers, the regional governor and civil society groups. Inclusivity would be a cornerstone of the talks.

They listened to the grievances and began brainstorming ways to de-escalate the crisis, all while maintaining contact with key political decision-makers in the capital, Bangui.

“The PCRC brought together the various parties around the table — they listened to them and invited them to find an amicable solution,” said Paterson Ndomodecko, who coordinates the group’s youth programmes and attended the Obo talks. “Since its creation, the PCRC has played decisive roles in conflict resolution. Interfaith initiatives are essential to ensure peace in the country.”

With tensions so high, the PCRC decided against opening the talks solely with language of reconciliation. Instead, they created a safe space in which people could first vent their frustrations. “We let the population speak and we focused on active listening,” said Yakoubou.

Following these self-contained talks, a large public meeting was held during which each party had the opportunity to speak in an open forum. This led to a breakthrough and further conflict was averted. 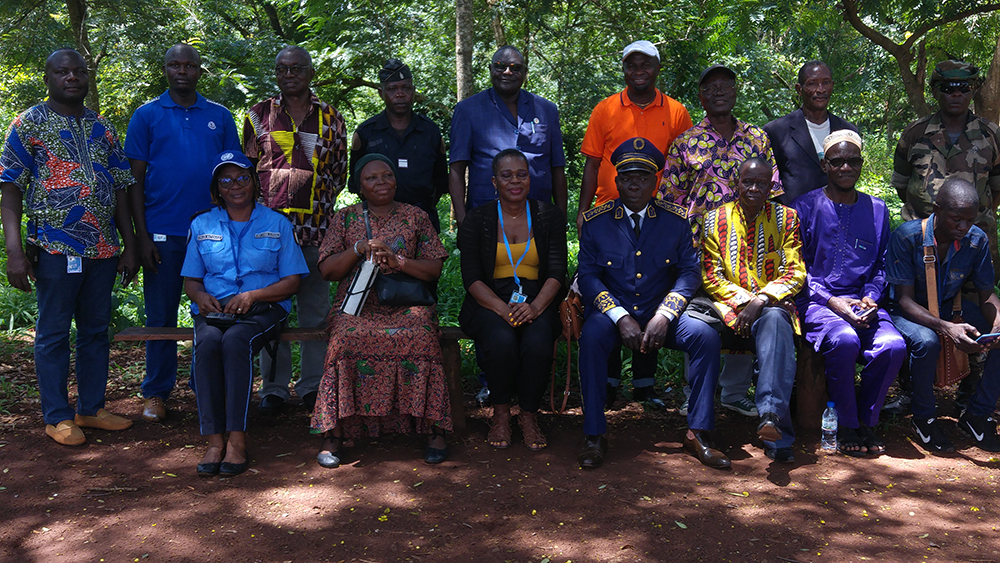 “There were public declarations jointly done by the FACA, the Prefet, MINUSCA and the heads of the PCRC,” said Agustin Nuñez-Vicandi, KAICIID’s Country Programme Manager in CAR. “That included the release of the FACA detachment, reparations to those who had suffered violence, and also the exchange of a Moroccan contingent.”

Following the success of this mission, the PCRC has decided to set up a new branch in Obo where it can continue its peacebuilding efforts and provide an early warning system, monitoring fresh tensions and nipping them in the bud.

Above all, the PCRC showed its power to defuse conflict and galvanize reconciliation in areas where international actors and the government lack local trust. Facilitated by their rare access and high standing in society, their swift and effective actions halted any escalation, even in such a volatile environment.

“Before you can address an issue, you have to be able to access and have dialogue with those who are directly involved,” said Nuñez-Vicandi. “This is the advantage that religious leaders have in CAR. Religion is the lifeblood that keeps the population hopeful of a peaceful future.”

During an interview in September 2021, Anas Alabbadi, Deputy Director for KAICIID’s Programmes Department, was distracted by... END_OF_DOCUMENT_TOKEN_TO_BE_REPLACED

Across Nigeria, a vaccionation and information campaign is empowering religious and traditional leaders to promote public... END_OF_DOCUMENT_TOKEN_TO_BE_REPLACED

Education is under threat in much of rural Nigeria as many children have been displaced by violence and hardship, with some... END_OF_DOCUMENT_TOKEN_TO_BE_REPLACED