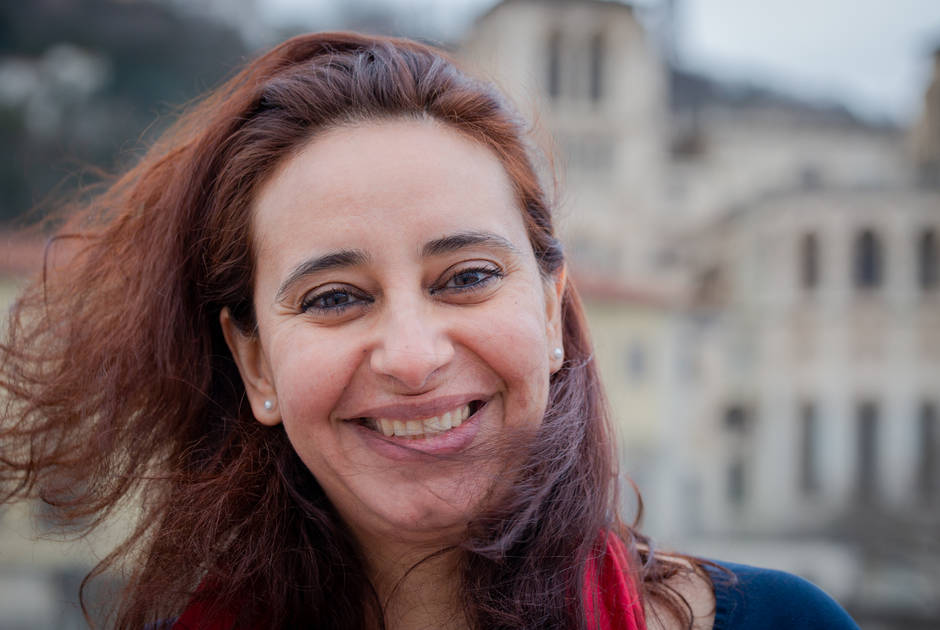 When she was seven years old, one of Ruth Ouazana’s playmates announced that she didn’t want to catch “the Jewish disease” from Ruth, daughter of Moroccan-Jewish parents. As they were both children of African migrants to France, that spiteful declaration stunned Ruth.

What element of her identity could anyone possibly fear being infected by? That marked the end of Ruth’s age of innocence and, in many ways, the beginning of a lifelong quest to better understand Jewish identity as well as how her religion intersects with other faiths.

Following that first brush with anti-Semitism, Ruth found herself exploring Judaism more intensely. She zigzagged across continents, breaking down barriers and building communities along her way.

Within the World Organization of the Scout Movement, she rose to Secretary General of the International Forum of Jewish Scouts. She also founded Limoud, the French arm of a grassroots Jewish learning movement.

In parallel, she worked as a lawyer in France, with additional stints in the UK and Israel. It was at the 2015 World Scout Jamboree in Yamaguchi City, Japan, that Ruth first learned about KAICIID and discovered the Centre’s principles of dialogue.

Meanwhile, back home, France was having an uneasy time finding the right approach to multicultural diversity. Worried about the growing division, Ruth and her husband formed ­The Roots of Tomorrow, a training initiative focused on interreligious dialogue and on managing cultural differences among Christians, Jews and Muslims.

Since then, the project’s success together with the tools that she gained in her Fellows training have given rise to similar initiatives.

Although Ruth had two decades of experience in interfaith relations prior to joining the 2019 European Fellows cohort, she credits the programme with adding important theoretical knowledge to her real-world experience. “It has helped to reinforce confidence in my approach to my work,” she said. 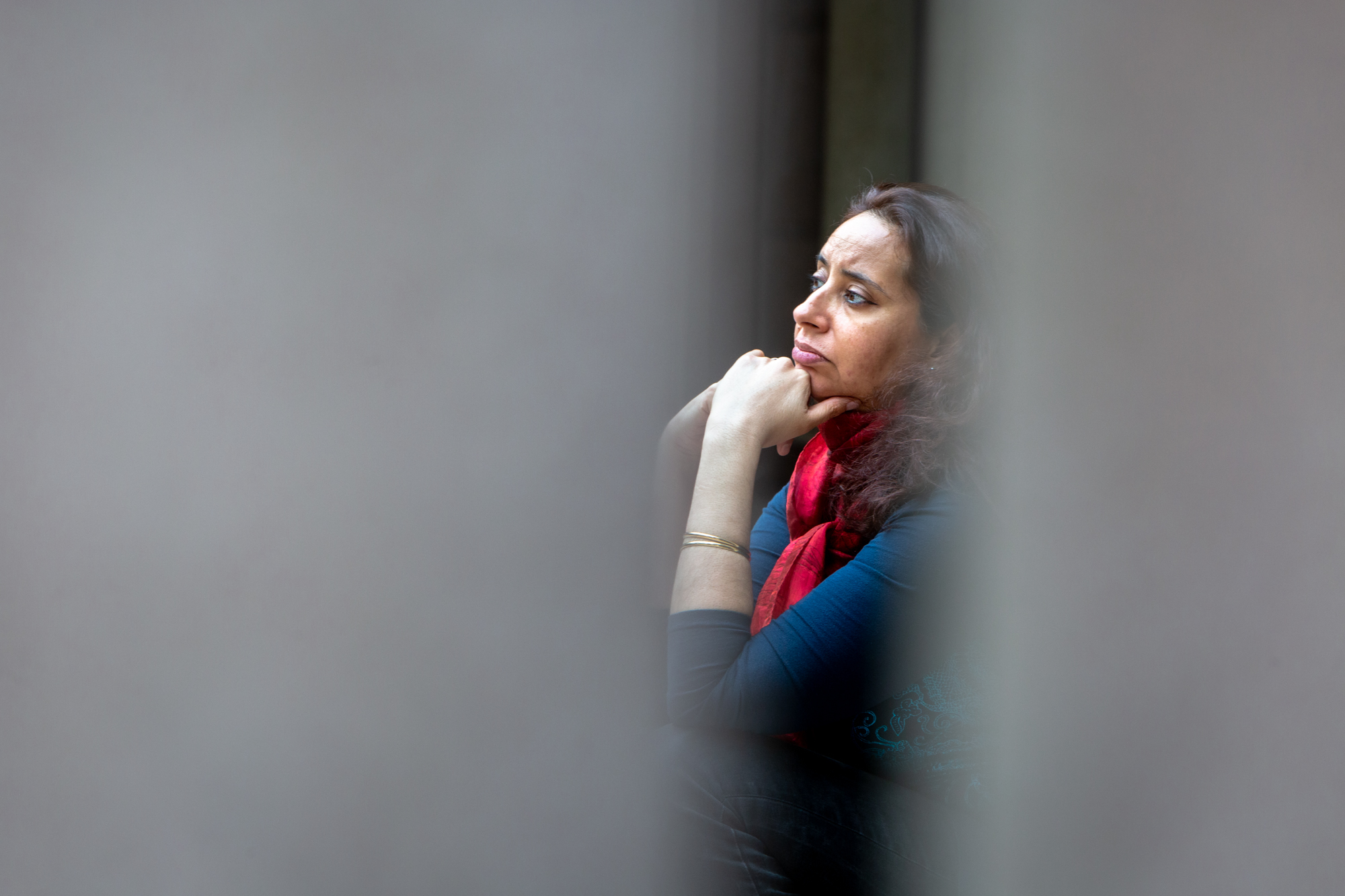 During the Fellows programme’s blended learning courses, she was taught the Head, Heart, Hands approach to imparting dialogical principles. “For me, the Heart part was about going to places where people were praying, so that they could experience it, live it, feel it,” she said.

The second part, Head, involved theological study. Here, Ruth has since reached out to la Pastorale du Tourisme, a service of social and spiritual support dedicated to schools and to vacationers in Lyon, to educate the service’s guides on the religions of people who come into their pastoral care.

The third part of the Fellows training, Hands, involved practical dialogue training, where the guides learned principles for engaging with people of diff­erent faiths, and how to apply those principles in real-world situations.

These are the same principles on which Ruth decided to base her first post-Fellows initiative, supported by KAICIID — a series of training sessions targeted at Christian, Jewish and Muslim counsellors, for a three-day immersive interreligious experience.

When KAICIID introduced its first European cohort in 2019, Ruth initially wondered if the new regional approach would really be a better fit for her than the global programming that the Centre had conducted until then.

“Then I realised that the European Fellows already had so much overlap, in terms of culture. It really helped us to understand one another when we got together because we had so many reference points in common such as a Western cultural background and our origins in Christian-majority democratic countries.

It turned out to be really beneficial for us all, as Europeans, to be starting with more or less the same common knowledge.” In the few months since she completed the Fellows programme, Ruth has appreciated the extent to which European cohort members share commonalities.

This helps them to tap into each other as resources for co-designing approaches to the challenges that each faces in their local communities. Back home in Lyon, the issue of common ground has taken on an especially urgent meaning.

Civic leaders have approached Ruth to help them in managing disaffected young people whose antisocial behaviour is driving them increasingly to the fringes of local society. “They’ve asked us to run training sessions. They told us that they felt an urgent need to do something to change the way young people were behaving,” she said.

Ruth has now o­ffered up her pilot project of Head, Heart, Hands dialogical training to civic leaders from suburbs that have socially vulnerable populations. She is grateful to KAICIID for investing in the initial stages of her project and for acknowledging its potential. She believes that this show of faith helped her to take a bold approach.

Today, she is already seeing the first seedlings of success — a growing yearning across religious communities to weave together the kaleidoscope of cultural threads that make up modern France. One Imam has already requested that each of the spiritual guides at his mosque participates in the next session of the dialogue training.

“I just want people to conduct themselves as humans,” Ruth said of her ultimate mission. “I want them to behave with humanity.”

Located midway between the Middle East and Western Europe, Serbia was hit hard by the “refugee crisis” of 2015. Fleeing war... END_OF_DOCUMENT_TOKEN_TO_BE_REPLACED

At a time of increased anti-Semitism, anti-Muslim hate, and xenophobia in Europe, it is a powerful moment when a rabbi and... END_OF_DOCUMENT_TOKEN_TO_BE_REPLACED

Humanitarian assistance is best administered face-to-face. Being able to look into a person’s eyes, to hold their hand or... END_OF_DOCUMENT_TOKEN_TO_BE_REPLACED