Five Things We’ve Learned After a Year of Pandemic 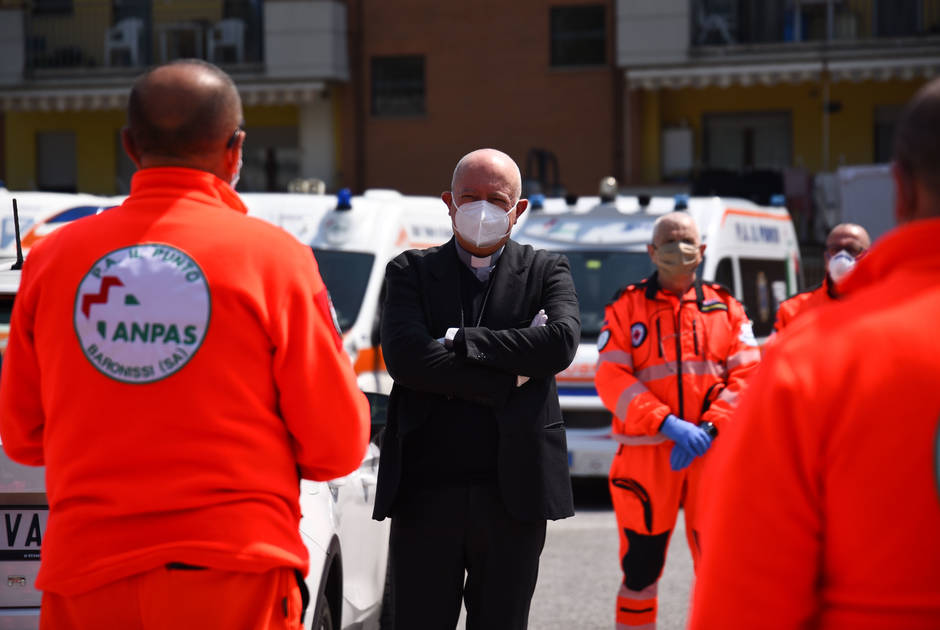 It’s hard to determine the exact moment the pandemic began – in mid-March after the official designation from the World Health Organization, or in the weeks before as basic necessities disappeared from grocery store shelves. For many, the pandemic began during the lockdown period, in those first days of isolation from family members and friends.

As a handful of infections turned into staggering statistics, religious leaders found themselves on the frontlines of an unprecedented crisis. They became medical responders, humanitarian aid providers, mental health counsellors, worship leaders and friends. They helped many of us process the immense sense of loss – of loved ones gone and livelihoods destroyed, of cancelled baptisms, weddings, and memorial services.

Over the past twelve months we shared many stories of faith shining a light in the darkness, as we interviewed hundreds of KAICIID’s stakeholders in countries across the globe.

After one year of lockdowns, we look back at how religion brought us together in the moments we were physically apart, and share 5 lessons we’ve learned during twelve difficult months, 5 lessons which can forge a more united future.

While governments around the world banned public gatherings and restricted travel to curb the virus, religious leaders and dialogue practitioners turned to creative methods to keep a sense of community.

In Austria, Father Andreas Kaiser of Ober St. Veit Parish taped photos of his parishioners to church pews to show them they were in his thoughts and prayers. He also wrote letters and made phone calls to older parishioners who struggled to use social media. “The idea is to maintain that sense of belonging and affiliation” he said.

In Argentina, Rabbi Marcelo Bater joined the Faith Phone Chain (Cadena Telefónica), a multireligious initiative which connected isolated or anxious individuals with a leader from their respective faith traditions. “I now use the phone 24 hours a day because people need to be in contact,” Bater said. “If you don't have any family, you are completely alone.”

In Saudi Arabia, young women found empowerment through weekly digital dialogues and youth leaders from a peacebuilding project in Nigeria discovered online meetings and WhatsApp groups allowed them to connect individuals who would not normally meet.

As COVID-19 emptied places of worship, our multireligious Board reminded people of faith that personal prayer and reflection offered the same access to the Divine as physical gatherings. They also called on religious communities across the world to exercise wisdom and judgement in their communal observances.
Creativity appeared in all aspects of worship. Faith leaders livestreamed weekly services, offered drive through Communion, and set up online reservation systems with QR code confirmation for prayer times at local mosques.

Across the globe, Buddhists participated in digital meditation sessions during Vesak and prepared traditional holiday meals with the help of online cooking classes.

As the pandemic progressed, hate speech against religious and ethnic communities ignited around the world, encouraging violence against minorities and refugees. Once again, religious communities responded to these alarming trends.

In India, Swati Chakraborty launched the WebPlatform4Dialogue to counter hate speech against Muslims, and in Nigeria, Father Stephen Ojapah joined a social media campaign to curb the spread of misinformation targeted at the country’s religious and ethnic groups.

In the Arab Region, graduates of KAICIID’s Social Media as a Space for Dialogue programme launched campaigns to combat online bullying, provide fact checking services, and advocate peace and inclusion.

As anti-Semitism and Islamophobia rose at alarming rates, prominent members of Europe’s Muslim and Jewish communities gathered in solidarity at a virtual commemoration on International Holocaust Remembrance Day. “We cannot stop, or rest, until we can ensure that no human being is forced to experience fear, loss or the denial of rights because of their identity or religious convictions,” said KAICIID Secretary General Faisal bin Muaammar.

Amid misinformation and growing distrust, communities looked to faith leaders to provide credible sources of information. Once again, religious leaders proved to be policymakers’ key partners when responding to a major challenge.

In Kurdistan, Iraq, Barzan Baran Rashid brought together the Ministry of Endowment and Religious Affairs and the Ministry of Health in Kurdistan, to train religious leaders to educate their followers on recommended hygiene guidelines. According to Rashid, collaboration between the two ministries was crucial in tackling COVID-19 in a region where more than a million people gather in most Kurdistan mosques for Friday prayers.

In Ghana, Mohammed Kassim trained religious leaders to use Facebook Live to broadcast health guidelines. His team also purchased airtime for two religious leaders so they could speak publicly on COVID-19 prevention.

Perhaps most importantly, religious leaders calmed fears over COVID-19 vaccines, affirming that they meet religious dietary and moral guidelines and are safe for public use.

As the virus levelled economies and exacerbated the divide between rich and poor, faith communities also became the providers of humanitarian aid.

In Myanmar, Paungsie Metta Initiatives trained a local pool of volunteers on emergency response and provided aid at quarantine centres. Additionally, they worked with alumni of their interreligious dialogue programme to source protective materials for minority communities.

In each of these endeavours, the world was asked to reinvent itself and change its priorities to protect the vulnerable. “In a world increasingly inclined towards self-interest, we can see the rebirth of some of the noblest human instincts as reflected in numerous cultures and religions,” bin Muaammar said in a statement at the beginning of the pandemic.

These instincts will help us build back and build better, across our economies, our health care systems, and our societies. As we emerge from the pandemic, we must rely on our resilience, our courage, our innovation, our shared values, and above all our faith, to lead us forward into the future.

In 2016, then UN Secretary-General Ban Ki-Moon met with faith leaders to discuss Myanmar’s peace and development process. In... END_OF_DOCUMENT_TOKEN_TO_BE_REPLACED

In July 2021, the Cowessess First Nation in Canada found 751 unmarked graves at the site of a former Roman Catholic... END_OF_DOCUMENT_TOKEN_TO_BE_REPLACED

In his own words, Rabbi Alex Goldberg has “reverse-engineered” his career. He pursued a rabbinic education only after... END_OF_DOCUMENT_TOKEN_TO_BE_REPLACED