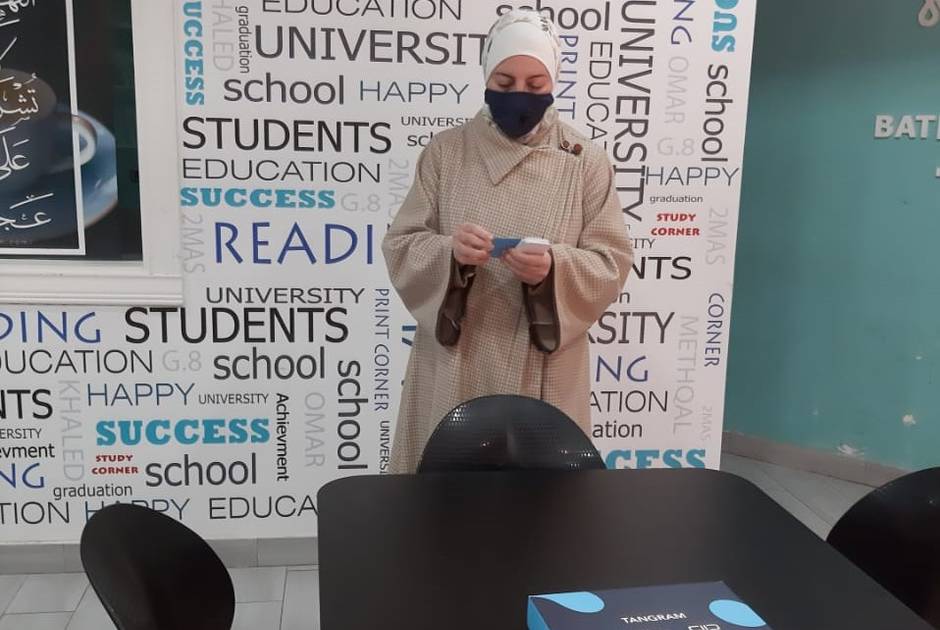 Dr. Rania AlAyoubi decided to share her skills and knowledge with people from different backgrounds.

When COVID-19 hit Jordan in 2020, Dr. Rania AlAyoubi knew that all the hardship and tension brought about by the pandemic would make a fertile environment for hatred to spread, unless a quick and constructive response to the issue was ensured in order to support social cohesion.

This is why the former KAICIID Fellow, now also a member of the Centre’s She for Dialogue project, decided to share her skills and knowledge in the fields of capacity building and creative thinking with people from different backgrounds, so that they could become “active citizens” in the fight against hate speech.

AlAyoubi’s Tangram Initiative, implemented in close cooperation with Jordan’s Ministry of Education, brought games and trainings to at least 3,000 individuals, including school teachers, NGO representatives, religious leaders as well as kids aged between 7 and 12. Based on the organisers’ estimates, the real number of people who benefitted from the project, both directly and indirectly, is at least double, as part of its goals was building capacity and communication skills for participants to be able to spread awareness even outside the project’s framework.

AlAyoubi’s project was one of 60 initiatives implemented last year as part of KAICIID’s #Dialogue60 grant project. Among all the proposals, as many as 25 initiatives focused on countering hate speech and were implemented in Egypt, Lebanon, Mauritania, Morocco, Sudan and Tunisia.

The #Dialogue60 project, which is preparing to initiate its second round for 2021, is part of the KAICIID Arab region programme, supported by the Interreligious Platform for Dialogue and Cooperation (IPDC). It aims at providing support for dialogue practitioners in different Arab countries in order to enhance social cohesion. Fighting hate speech is among its main themes, along with promoting dialogue for common citizenship and mobilising interreligious networks for a common COVID response.

“It all started in 2019, when we organised a global conference on the role of religion, media and policymakers in countering hate speech,” says Waseem Haddad, KAICIID Senior Programme Manager for the Arab region.

“Within our platform we had different religious leaders and faith institutions from several Arab countries and we knew that if we wanted to work together to promote peaceful coexistence, common citizenship and respect of others in this region, hate speech would be a huge obstacle to our goals. So we decided to support civil society, religious institutions, policymakers, as well as actively engaged individuals in their fight to counter and prevent hate speech.”

A focus on diversity

According to IPDC member Samira Luka, Senior Director for Dialogue in the Coptic Evangelical Organization for Social Services, hate speech is widespread in the Arab world. “It may hit people based on their gender or social background and, of course, also based on their religion.”

According to Luka, hate speech targeting people based on their faith is particularly difficult to eradicate. For this reason, dialogue sessions including participants from different religious and national backgrounds, were crucial for the success of most anti hate speech-focused #Dialogue60 projects.

“Within our initiative, we placed the focus on diversity,” says AlAyoubi. “We tried to cover all diverse components within the Jordanian context: Muslims and Christians were among the participants as well as people from other religious communities. We organised trainings in the capital city but also in other cities, to ensure decentralisation. We also covered a number of different nationalities".

In Iraq, another project which focussed on countering hate speech managed to provide participants from religious minorities targeted by sectarian violence and discrimination with a safe platform for dialogue and interactions with members of other communities. 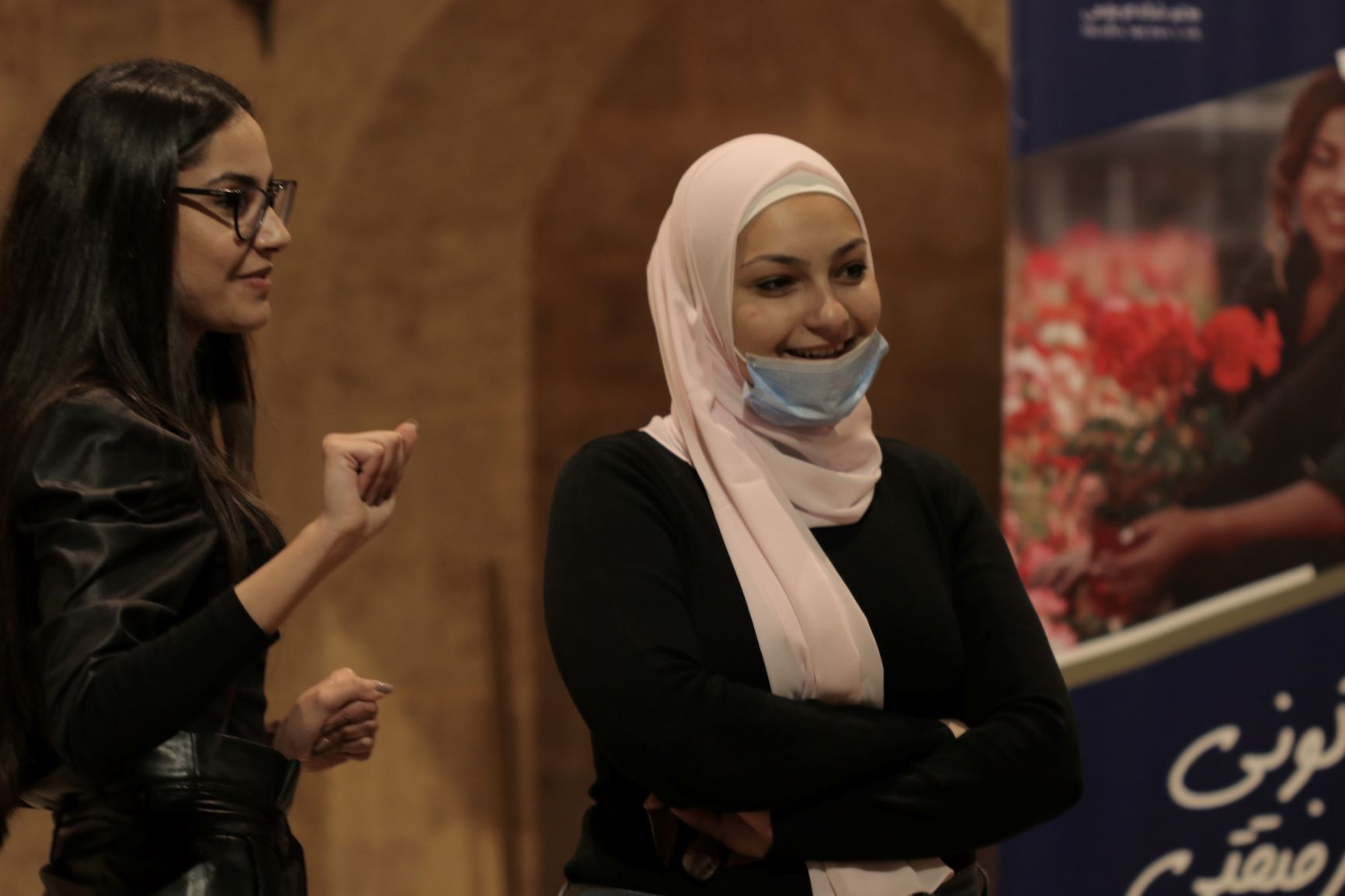 While some of the #Dialogue60 were run locally, others had a broader reach, like the Through Dialogue project, launched by four friends from Egypt, Algeria, Lebanon and Morocco, who organised six online dialogue seminars with speakers from Jordan, Iraq, Lebanon, Palestine and Syria.

Determined to promote interreligious dialogue and fight hate speech by setting an example through their friendship, the organisers, whose religious background is both Christian and Muslim, also managed to produce a series of six motion graphics they shared on YouTube.

According to Luka, finding new, modern means for the fight against hate speech is crucial in order to engage young generations and widen the reach of awareness campaigns.

Read more: What is Hate Speech?

“You need to find the right ways to effectively reach different segments,” Luka says. “Some people like taking part in conferences and theological discussions. Some others can be reached using “soft power”: media, theatre, cartoons, even songs can be used. They can help reach different segments and different groups, as young people are not too keen on sitting down and listening all the time. They prefer action and this is enriching to them.”

Online platforms such as social media are among the most effective tools to be used in order to reach the widest audience possible. Their effectiveness in the fight against hate speech also lies in the fact that they are often used to spread hatred.

“Those who are responsible for the spread of hate speech use the same tools as those who are fighting against it,” says Luka.

“Because these means are available, they should be used to implement different techniques and engage more people. Using the same weapons as your enemy, if we want to call it that way, can be very effective,” she adds.

Online campaigns were used by two young social entrepreneurs in Lebanon in a project aimed at preventing hate speech by countering fake news in Tripoli, in the country’s North.

Obeida Takriti and Nour Melli trained 12 youth of different religious backgrounds and nationalities on skills related with media and social cohesion. After attending the training, the young participants were able to launch three online campaigns.

“You are the city”, aimed to strengthen citizenship and promote community activism. “There are many layers of hate speech and discrimination in the society,” says Takriti. “This is why one of our campaigns was about people’s relationship with their city. A lot of people, especially the older generations, think that they own and run the city and make young people feel like they are not part of the society and they should either leave or stay within their own small groups. This is wrong and it creates tensions.” 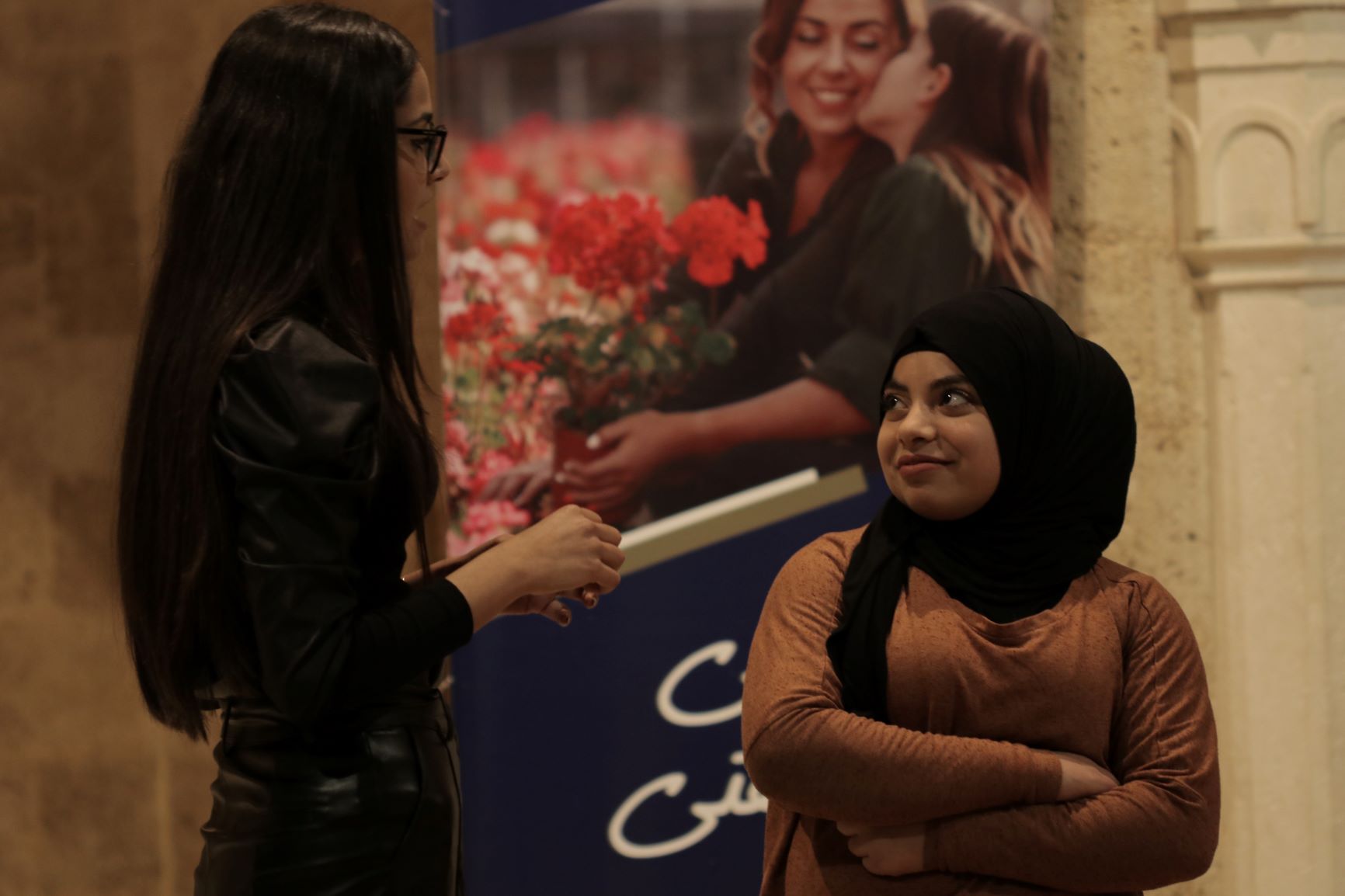 Another campaign, “Be my friend!”, focused on consolidating family values and opening the space for mothers and daughters to communicate. It is built on the principle that family ties play a role in creating a safe community, free from hate speech.

“It may seem like a simple or basic issue but we believe it's one of the main ones in Lebanon, especially in more conservative parts of the society,” Takriti explains.

The third campaign aimed at raising awareness against fake news. “We wanted to promote awareness and consciousness about the importance of not taking any news for granted, but actually exercise critical thinking instead,” says Melli.

Capacity building was a main component of the project, as participants learnt to work autonomously from the organisers and even managed to run a workshop for 25 mothers and daughters.

“We give these people a lot of responsibility,” says Takriti. “We don't manage the campaigns directly. They are responsible for filming and producing the contents and interacting with the press and the community.”

Haddad says that countering hate speech will continue being a main topic for the new rounds of #Dialogue60 grants.

“Around 30% to 60% of new proposals target hate speech and its implications in religious dialogue, social media and the news,” he says.

“This year we will focus more on how we can link civil society organisations, religious institutions and policymakers together. If we want to see a real change and make a difference in this region, we have to engage policymakers and institutions.”

Historical and archaeological sites, along with ancient sculptures, monuments and manuscripts stand as a testimony to our... END_OF_DOCUMENT_TOKEN_TO_BE_REPLACED

Father Nehme Saliba was born in multicultural Lebanon in 1974, the same year that the civil war broke out. Having lived his... END_OF_DOCUMENT_TOKEN_TO_BE_REPLACED