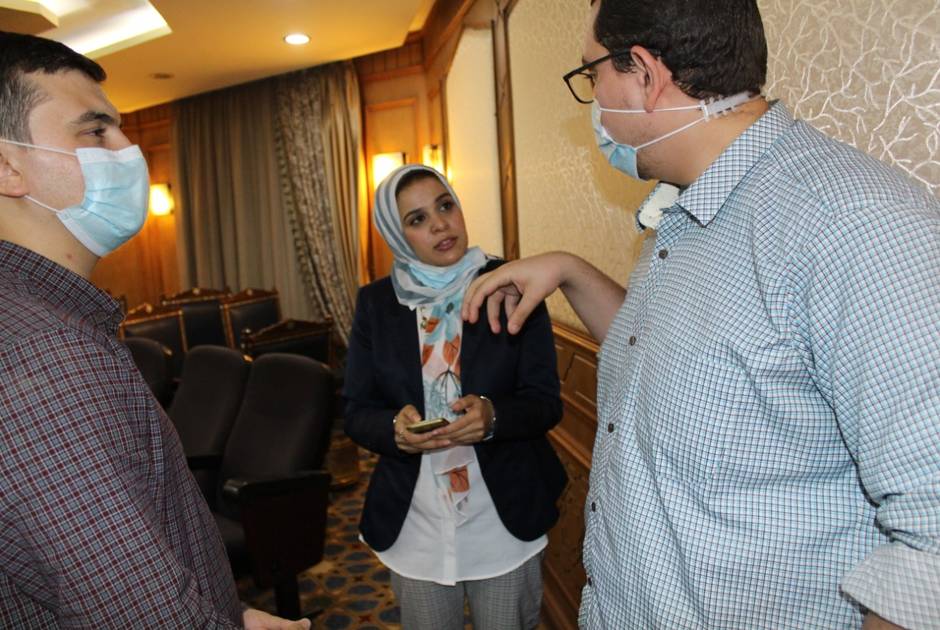 Rihanna Hamed, a member of MYF’s workgroup, during one of the dialogue sessions

At the close of 2019, Egypt was experiencing robust economic growth. Foreign direct investment had returned, construction was booming and tourism was on the rise. Within a few months, however, international travel and economic recovery came to a crashing halt amid a global pandemic.

Today, Egypt is facing a possibly greater challenge than COVID-19. Like most of the region, the country has a serious demographic crisis, putting Egypt's stability and full economic recovery at risk.

Nearly one-half of Egypt’s population is below the age of 25, yet the majority of young people are unemployed and lack access to quality education. Many feel disenfranchised, unable to find their place as meaningful contributors to society.

The situation has only worsened over the past year as young people have faced further isolation during lockdowns and social distancing.

As frustration has turned to despair, Egypt’s Mediterranean Youth Foundation (MYF) has launched a new initiative, backed by KAICIID, which seeks to harness Egypt’s brightest potential, putting young people at the forefront of peace and stability.

“Young people face four major challenges in the region today,” said Edwar Hanna, KAICIID Programme Manager for the Arab Region. “The perception that they are too young and inexperienced, a lack of recognition for their work as changemakers, insufficient participation in peacebuilding and conflict resolution, and a lack of real representation which ensures their voices and needs are heard.”

With the help of KAICIID, young leaders from MYF plan to turn this around. The mechanism they will use to get there is a landmark document, known as the Declaration of Human Fraternity or the “Abu Dhabi Declaration.”

Signed exactly two years ago, by His Holiness Pope Francis and His Eminence the Grand Imam of Al Azhar Dr. Ahmed El-Tayyeb, the historic agreement aims to be a “guide for future generations,” strengthening relationships between Christian and Muslim communities and fostering peace at all levels of society. 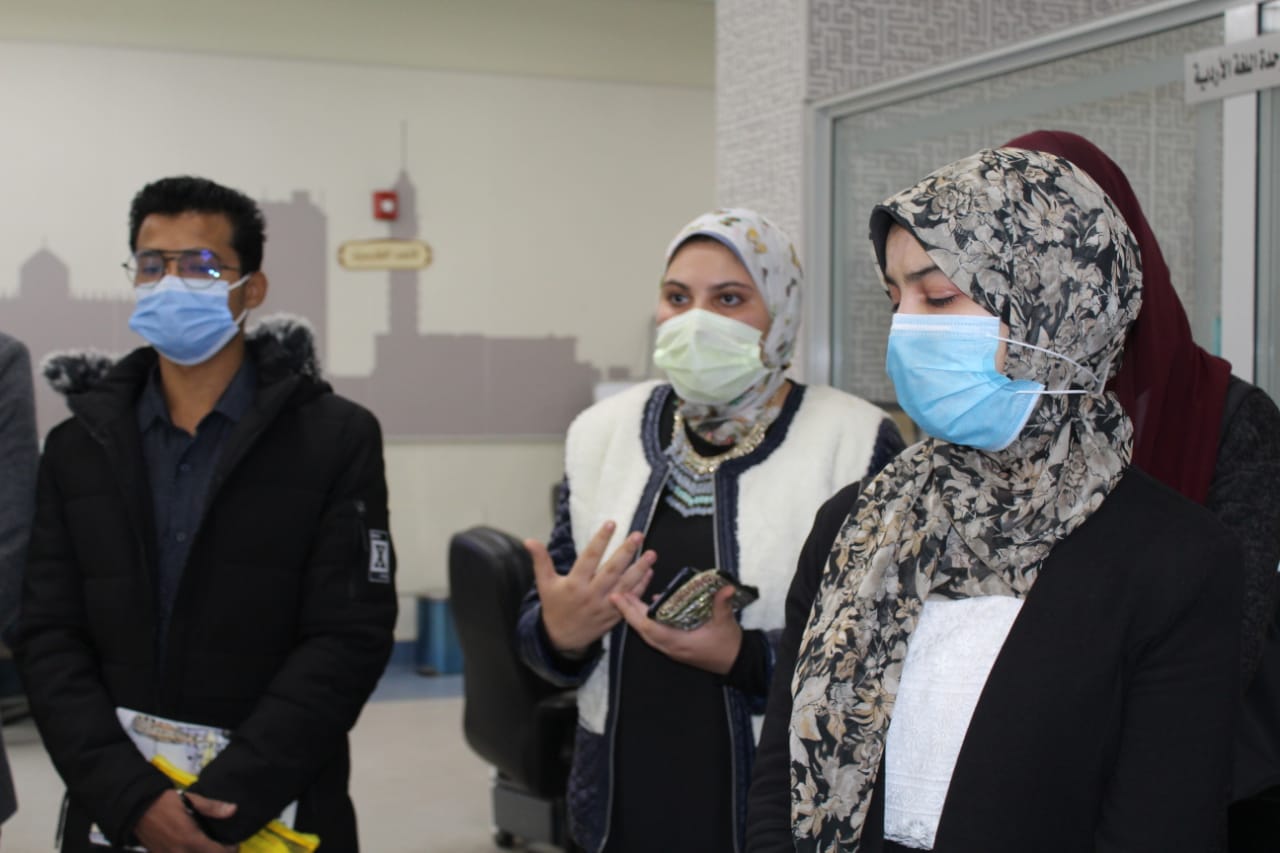 Today, MYF President Youssef Aroog hopes it will provide the roadmap for young people to turn their dreams of a peaceful society based on tolerance and equal opportunity, into a reality.

“The Arab world craves peace,” Aroog said. “Five years ago, our organization was the first to support United Nations Resolution 2250, which encouraged young people to have greater say on issues of peace and security. Today, with this new dialogue project, we are training youth on the importance of the Declaration of Human Fraternity and helping them to achieve its goals through initiatives led by and for young people.”

According to Rihanna Hamed, a member of MYF’s workgroup, the declaration is immensely important in a region where “violence, extremism, intolerance and terror are deeply rooted. We now live in an era where we must promote the values of humanity above our own personal interests.”

MYF’s initative takes place under KAICIID’s “Dialogue 60” project, launched in October 2020, which supports 60 organizations in 15 Arab countries by providing grants and guidance on project implementation in the field. Projects focus on three themes: hate speech prevention, COVID-19 response and, like MYF’s project, the promotion of common citizenship through dialogue.

Each initiative is further supported by the Centre’s regional platform, the Interreligious Platform for Dialogue and Cooperation in the Arab World (IPDC), which has been a vocal proponent of the Declaration of Human Fraternity.

Over the past few months, MYF has hosted a series of trainings on themes such as peacebuilding, conflict resolution, dialogue facilitation and project implementation. So far, 79 young people, between the ages of 18-29, have joined the project. Participants come from across Egypt, representing diverse religious affiliations and ethnic backgrounds.

Hamed says the biggest obstacle they’ve faced is COVID-19, which has forced MYF to rapidly adapt to changing health and safety measures. As a result, the organization has employed a hybrid approach to sessions – meeting physically when allowed in accordance with social distancing guidelines and also through online sessions.

Trainings and workshops have welcomed expert speakers from across Egyptian ministries, universities and religious institutions. Representatives from the Ministry of Youth have been present at all of the sessions.

Last month, MYF was also presented with an award by the Kingdom of Bahrain in recognition of their efforts to train young leaders to create sustainable, positive change and contribute to peace throughout the region.

Although the support has been overwhelming, Aroog is determined to ensure MYF’s project goes beyond the training room and triggers action in the field.

To that end, he sees the final segment of the project as perhaps the most important. Having completed training in project implementation, participants were divided into groups and tasked with developing a joint community initiative, based on the principles of human fraternity.

Since then, one of the groups has made major strides on a proposal for a youth institution, which will train children between the ages of 7-12 on the basics of peace, dialogue and fraternity. Group leaders are brainstorming lesson plans which will employ creative tools and art projects.

Aroog has supported the groups every step of the way, reaching out to his vast interfaith networks to find donors. KAICIID has provided regular mentorship and support in resource mobilisation and project monitoring and evaluation. If the youth institution is successful, Aroog and his team hope to replicate it in other cities throughout Egypt, ensuring young people are at the helm.

For KAICIID, this type of project sustainability is at the heart of the “Dialogue 60” project. “This is the first year we decided to do full-scale project mentorship and management,” Hanna said. “We are not just here to provide funding. Instead we are looking to build partners and networks, equipping them with the skills to facilitate community-led initiatives on the ground and respond to situations and crises in ways external organizations cannot.”

In the meantime, MYF is encouraged by the response and excitement from young people who finally have a place to explore their full potential.

“Our goal was to introduce a positive change across the Mediterranean region,” Aroog said, “We are excited to see young people empowering other young people.”

About the International Day of Human Fraternity

On 4 February 2019, His Holiness Pope Francis and His Eminence the Grand Imam of Al Azhar Dr. Ahmed El-Tayyeb signed a historic document, titled the “Declaration of Human Fraternity,” which aimed to promote dialogue between Christianity and Islam, as well as foster collaboration between faiths.

In August 2019, Cardinal Miguel Ángel Ayuso Guixot, President of the Pontifical Council for Interreligious Dialogue and member of KAICIID's Board of Directors, and Judge Muhammad Abd al-Salam, Secretary General of the Higher Committee on Human Fraternity, met with UN Secretary General António Guterres to discuss a World Day of Human Fraternity, which would commemorate this landmark agreement.

In December 2020, their efforts came to fruition. Adopted by consensus at the United Nations General Assembly, the official resolution, proposed by Saudi Arabia, the United Arab Emirates, Bahrain and Egypt, designated 4 February as the “International Day for Human Fraternity.” The resolution further recognized “the valuable contribution of people of all religions, or beliefs, to humanity and the contribution that dialogue among all religious groups can make towards an improved awareness and understanding of the common values shared by all humankind.”

Historical and archaeological sites, along with ancient sculptures, monuments and manuscripts stand as a testimony to our... END_OF_DOCUMENT_TOKEN_TO_BE_REPLACED

Father Nehme Saliba was born in multicultural Lebanon in 1974, the same year that the civil war broke out. Having lived his... END_OF_DOCUMENT_TOKEN_TO_BE_REPLACED