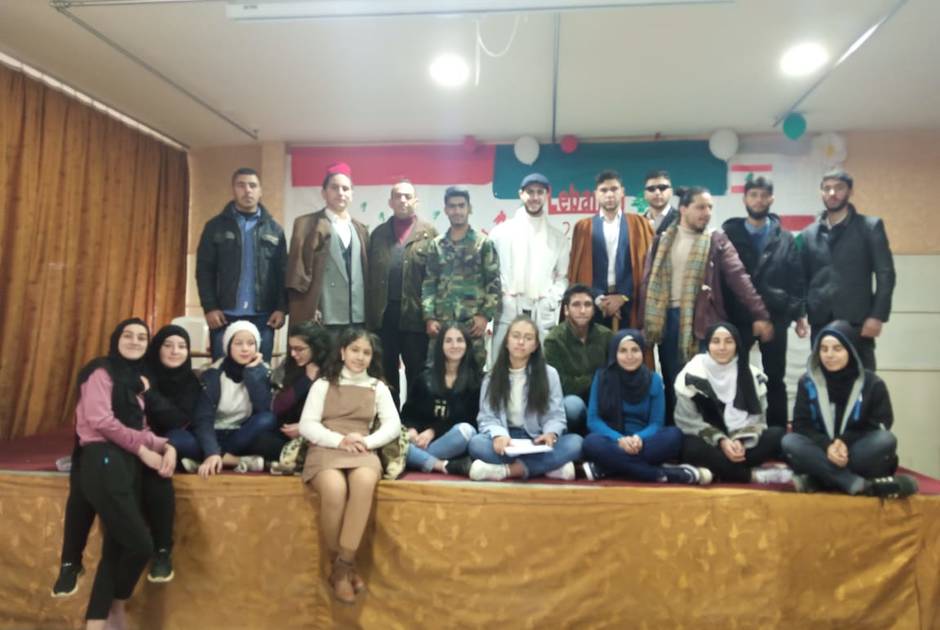 The crew of the enchanted village play - the Baalbek-Hermel Governorate, Lebanon.

Arts and culture are increasingly becoming practical tools to promote social cohesion, coexistence and reconciliation. As several successful initiatives have demonstrated, arts and culture can help stir healthy conversations on difficult matters such as intercommunal tensions and political violence, and bring about positive change to local communities. They also have the potential to hinder barriers for dialogue and to create a safe space for sharing different narratives.

Theatre, in particular, is believed to be a medium and a tool for local communities to discuss intercommunal issues, present different narratives of conflict and discuss social injustices.

Around the world, several international organisations have used art and culture to promote social cohesion and combat hate speech. KAICIID believes that art brings people together and helps them facilitate difficult but much needed conversations. The Centre has supported several local initiatives that use art as a tool to deliver a message of peace and social cohesion.

Art as a “uniting force”

In Lebanon, art is being used as a tool to defuse interreligious and sectarian tensions and elude extremism among youth. The country has gone through several political, economic and social challenges which aggravated with the outbreak of the pandemic. The lack of basic supplies such as fuel and water have contributed to increased tension between different sects and religious groups.

With the support of KAICIID, the Women's Platform to Lead (WPL) organization in Lebanon launched ‘Messages Through Art to Promote Dialogue and a Culture of Tolerance’ with the aim to raise awareness in the Baalbek-Hermel Governorate, mainly among the youth, on the importance of dialogue and tolerance and to encourage interreligious coexistence and acceptance. 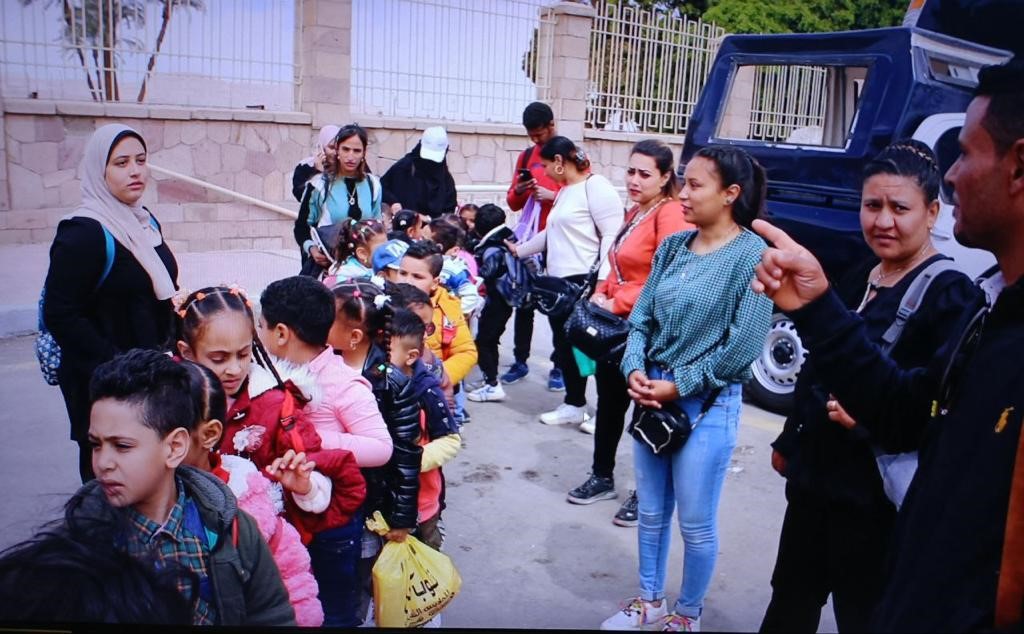 The WPL rallied around 60 participants for its main activity, a play titled ‘the enchanted village’. The crew was divided into two groups in order for them to be trained on different required skills.

Bassam Baki, project coordinator at WPL says that “art in all of its forms is a medium as well as a tool. It has the power to bring conflicting parties together and allow them to congregate for one cause, which is peace and social cohesion.”

All the project participants were between the age of 14 and 25. “This is the demographic that is most neglected in Lebanon and yet vulnerable to extremism,” Baki explains.

The project comes at a vital time, according to Baki, since political violence increased in the context of the parliamentary elections.

Baki says that arts have “magical powers”. “Using arts in interreligious dialogue activities creates a safe environment for the participants to voice their opinions and allows them to express themselves more freely. It also eliminates tension between different or conflicting religious groups. It is a uniting force,” he adds.

The project built on a previous project that was also launched in cooperation with KAICIID, ‘Reducing Domestic Violence Through Means of Communication’. Baki says that “gaining experience from executing a prior project with KAICIID has helped the WPL in professionally delivering this project and building a network with local communities.”

The project initially aimed at engaging 30 participants, however over 100 applications were submitted when the advertisement for the workshop was placed on Facebook. Around 60 participants were involved in executing the play.

Hassan Ismail, one of the participants, says the play was executed in a professional manner because of previous efforts. He says that participating in previous workshops regarding freedom of expression prepared him for this project. He adds that all the practices and experiences that were gained in improvisations in the previous projects led to the play being well produced.

The play tells a story of a young unemployed man who is struggling to find work to support himself and build a home with the woman he loves. It criticises the political elite in Lebanon and populist politics that enhance sectarian division.

In Egypt, another project was launched by the Heart of Egypt for Education and Development organisation, titled ‘Coexistence Between People of Different Religions in Upper Egypt’. The project aims at spreading the values of equality and justice using arts, sports and dialogue as tools to spread the values of coexistence and tolerance. The project focuses on the villages of Luxor Governorate and was a continuation of one of KAICIID’s 2020 Dialogue 360 initiatives.

Project coordinator Sameh Sabet Ata Soliman explains the importance of the project in its targeted area Luxor, and says “Luxor is one of the most important governorates in Upper Egypt, where it is considered a cultural city and depends mainly on cultural tourism. It has archaeological tourist sites, including the Pharaonic, Coptic and Islamic ones. Despite that, the villages have a low education rate that often leads to skirmishes between Copts and Muslims, therefore projects such as this one are crucial in the region.”

Luxor’s project focuses on training approximately 100 Christian and Muslim youth to build their knowledge on how to combat hate speech. Arts are widely used as a tool in these training workshops. The project also supports three initiatives to confront hate speech and spread peace and coexistence along with promoting the protection of different religious sites in Luxor. It also works on training 20 kindergarten teachers on how to promote coexistence among children of different religions, and detect early warning signs of discrimination.

For Soliman, as for Baki, “art is a unifying force”. He adds that “delivering ideas using arts is far more engaging than conventional tools, especially among young participants.”

Soliman commends the participants’ and social media audience’s engagement. For him, the success of the project “would not have been achievable without the sustained support from KAICIID”.

Lubna Jaber, one of the participants, says that it was her first time participating in a workshop about coexistence and tolerance. She adds that she has learned so much from it, “the most important aspect of which is that hate is a spectrum and that it can be subtle and not as obvious.” Jaber says that these workshops have inspired her to launch her own initiative in her local community, focusing mainly on bullying motivated by religious tensions in schools.

Marihan Ahmed, another participant, expresses her interest in launching her own local initiative to combat hate speech after she has attended one of the workshops organised by Soliman.

‘Art for art’s sake’ is an obsolete expression for peacebuilders and social innovators in the Arab region. To those pioneers, art is a tool, a medium and a method to bring about positive change to their communities.

Historical and archaeological sites, along with ancient sculptures, monuments and manuscripts stand as a testimony to our... END_OF_DOCUMENT_TOKEN_TO_BE_REPLACED

Father Nehme Saliba was born in multicultural Lebanon in 1974, the same year that the civil war broke out. Having lived his... END_OF_DOCUMENT_TOKEN_TO_BE_REPLACED

Imane Rabeh was only 15 when she first witnessed a friend being verbally abused at school for having a slightly darker skin... END_OF_DOCUMENT_TOKEN_TO_BE_REPLACED