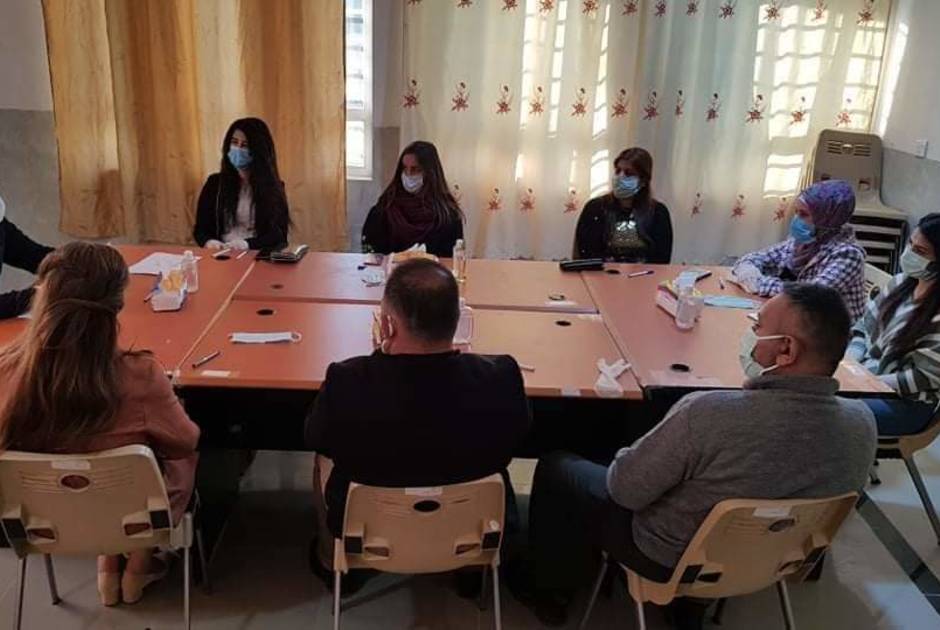 Fighting misconceptions and hatred through interreligious dialogue in Iraq is proving to be an achievable task, as young members of religious minorities targeted by sectarian violence meet with their counterparts from different faith communities to learn about each other with the help of a specialised multi-cultural team.

The Iraqi Diversity Group is comprised of people from various religious backgrounds who come from different cities and areas across the country, including Baghdad, Nineveh and Duhok. So far, they have brought together over 40 people who have taken part in different in-person sessions in Nineveh, Alqosh, Shekhan and Duhok.

Their project is supported by KAICIID through its Dialogue-60 Programme, which promotes interreligious and intercultural dialogue and cooperation in the Arab world.

“We felt that some Iraqi religious groups are neglected and there is not much awareness about their reality,” says Saher Merza Darwish, coordinator of the project. He explained that the initiative, run by a religiously diverse team of six Iraqis, was launched to raise awareness about some of the marginalised religious groups in the country, including his own community of Yazidis.

Merza is a human development trainer based in the Nineveh Plains, and heads the newly founded Peace Organization for Iraqi Minorities.

Seven years ago, he was forced to flee Sinjar, his home town, near the country’s north-western border with Syria, as Yazidis were targeted by the so-called “Islamic State” in what was recognised by the United Nations as a genocidal attack.

Merza has worked for three years promoting religious dialogue, peacebuilding and the protection of minority rights in Iraq. According to him, religious leaders of the country’s faith communities have a crucial role to play in countering discrimination and hatred.

The dialogue sessions organised by the Iraqi Diversity Group include Yazidi, Christian and Muslim participants who are interested and involved in the work of their religious communities, as well as civil society activists supporting interreligious dialogue or members of non-governmental organisations who are active in the area.

“I decided to participate because I work in this field and I wanted to enhance my experience, build relationships with others and learn about their culture,” says Nasreen Elias, a civil society activist who took part in one of the events.

“We talked about hate speech and misconceptions about religions,” she explains. “The best part of the session was about building mutual relations and strengthening religious dialogue.” During the session, participants engaged in a dialogue that challenged existing stereotypes and helped them build common ground based on shared values.

Fayza Ismail, a Yazidi human rights activist from the Nineveh Plains, said that her strong convictions on the importance of interreligious dialogue for peaceful coexistence influenced her participation in the sessions.

“Discussing stereotypes and finding ways to challenge them in order to approach other people in a correct way was particularly useful to me, because it turns out that I did have some wrong ideas about others,” Ismail admits.

“Talking to each other is very important, especially in these times, when we need intense interreligious dialogue in order to achieve peaceful coexistence and build bridges.” 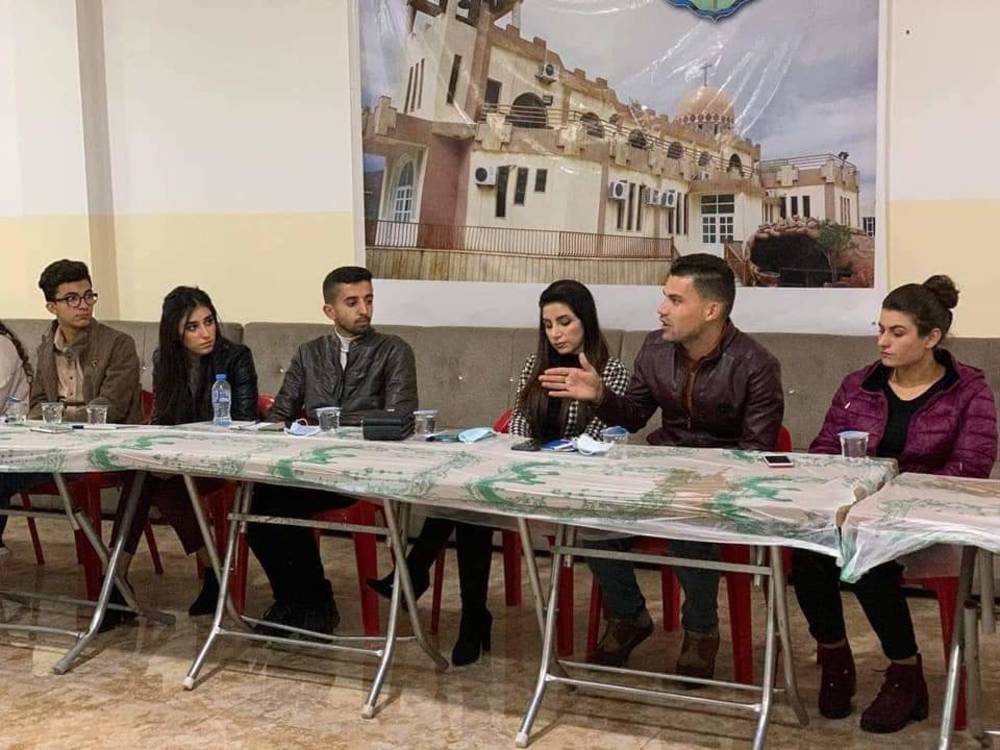 The first round of sessions, which gathered 11 participants, focused on the image of the other – how different religions are perceived by members of other communities.

“Members of different religious communities are sometimes influenced by misperceptions about other faiths,” Merza says. “We wanted to prove these prejudices wrong and explain why they are incorrect.”

The second dialogue session, titled ‘Peace Journey,” gathered 21 participants and targeted hate speech with the aim of raising awareness about this issue outside the communities of local religious minorities who have suffered the most from this form of discrimination.

“There was no specific theme…but we tried to learn about each other, as we do in every session. This time, for example, we asked our counterparts questions such as where, how often and how they pray in mosques, churches and other religious sites or at home,” he explains.

Twenty people took part in the third and last round of dialogue sessions organised by the Iraqi Diversity Group.

During their final gathering, on March 29, participants not only discussed religious diversity in a meeting, but also visited shrines, churches and mosques that have survived conflicts and sectarian violence and which have coexisted within a few miles from each for centuries in the region. 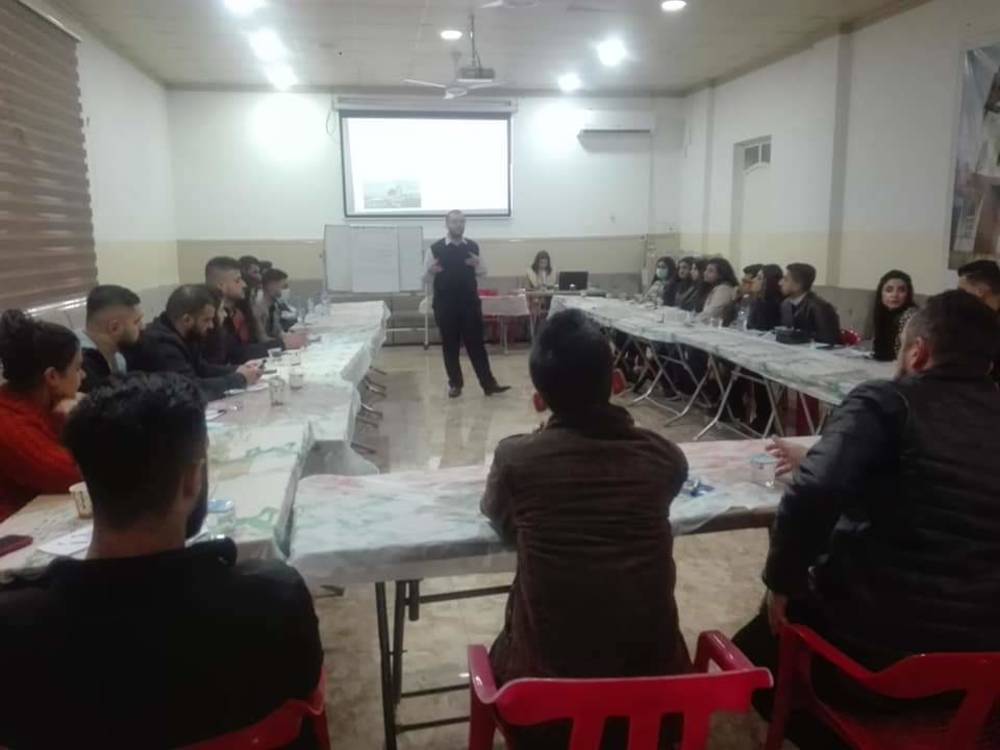 Symbolic locations as spaces for dialogue

The Iraqi districts and cities in which the dialogue sessions were held are particularly significant in terms of religious diversity.

The Nineveh province, where ISIS had established its stronghold in the region’s capital Mosul, is mainly Sunni Muslim, with a minority of Christians, some of whom returned only recently, after the city was liberated.

Alqosh, in the Nineveh Plains, is not far from the city of Mosul. Most of its mainly Chaldean Catholic population were forced to flee in 2014 as the terrorist group failed to take control over the city.

Shekhan, in the Governorate of the Iraqi Kurdistan region, is largely populated by Yazidis, with a minority of Assyrian Christians.

Duhok, also located in the Kurdistan region, has a mostly Muslim population while at the same time being home to one of the main Assyrian Christian churches in the region as well as to large communities of Chaldean Catholics, Syriac Christians and Yazidis. It also hosts a large population of internally displaced Yazidis and Assyrians who fled ISIS, as well as Syrian refugees from across the border.

Historical and archaeological sites, along with ancient sculptures, monuments and manuscripts stand as a testimony to our... END_OF_DOCUMENT_TOKEN_TO_BE_REPLACED

Father Nehme Saliba was born in multicultural Lebanon in 1974, the same year that the civil war broke out. Having lived his... END_OF_DOCUMENT_TOKEN_TO_BE_REPLACED