Come to the Feast: Building Friendships Across Faiths 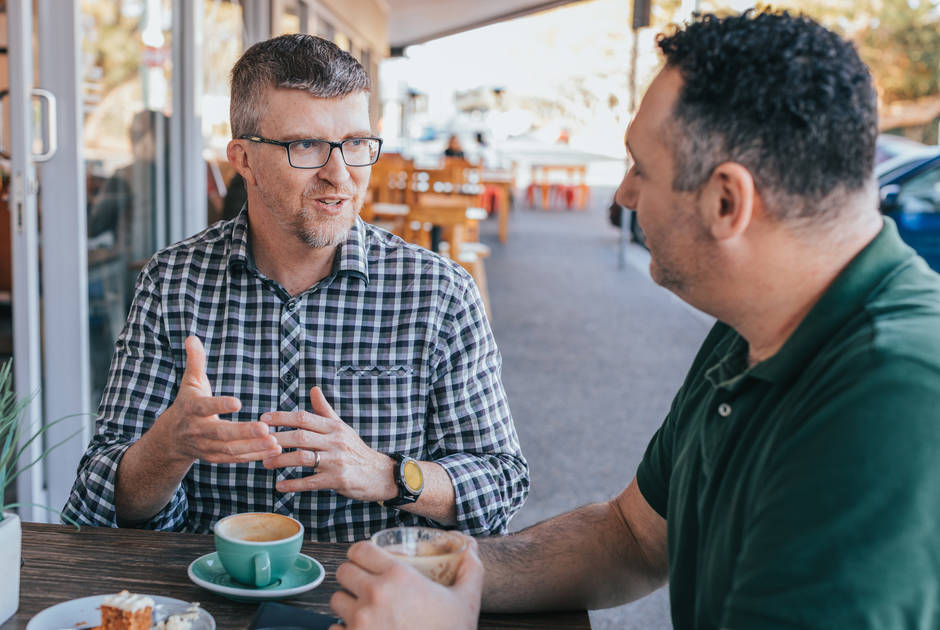 Tim Fawssett grew up in Far North Queensland, Australia, in the remote aboriginal community of Doomadgee. His parents were Christian missionaries there -- his mother a nurse and his father the local school principal.

“I was a white boy in a fairly large aboriginal community, but I never felt like an outsider,” Tim said. “We learned about aboriginal culture, art, dance, and heard the Dreamtime stories at school. Those formative years were very positive and helped shape my faith, identity, and worldview.”

Tim’s family left Doomadgee when he was ten-years old and moved to a predominantly white town nearer to Brisbane, Queensland’s capital city.

“Being a white boy in a mostly white school for the first time, I went through the unique process of working out what it meant to be part of a minority and then part of a majority population,” he remembers.

That experience helped guide Tim towards a career in intercultural dialogue.

From 1999 to 2009 he worked with Scripture Union Queensland (SU QLD), part of an international evangelical Christian movement. There he helped set up chaplaincy services at government schools to support students socially, emotionally, and spiritually. 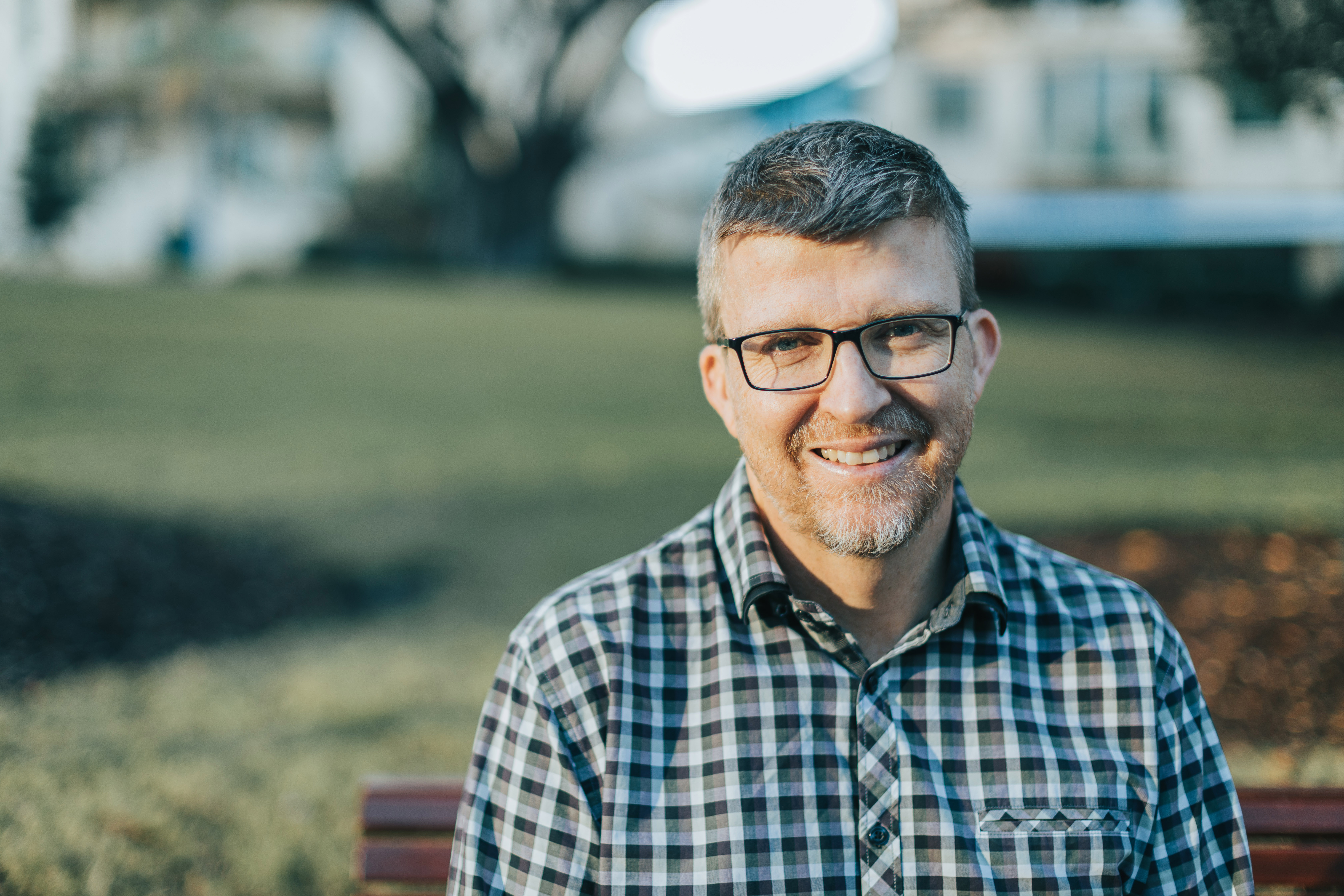 Near the end of that decade at SU QLD, Tim and his wife Merryn, a New Zealander who spent her teenage years in India, started looking for overseas opportunities that might expose their own kids to some of the cross-cultural experiences they had benefited from in childhood.

That was when Tim learned about The Feast, a youth-focused Christian charity in the United Kingdom that fosters interreligious and intercultural dialogue. In 2010 they packed up and moved halfway around the world to a Pakistani British suburb of Birmingham to help expand The Feast’s work.

“Trying to work out this balance between Christians, Muslims, Sikhs, and Hindus in Birmingham was the real start of our interfaith journey,” Tim said. “Living there helped my family build friendships with the local community and enhanced our work promoting dialogue among teens.”

Canon Dr. Andrew Smith (KAICIID Advisory Forum) had started what would become The Feast several years earlier, visiting schools in Birmingham to teach about Christianity. As he engaged with Muslim students, tired arguments rooted in stereotypes and misunderstandings gave way to honest conversations about faith and identity. Andrew set up The Feast as a formal charity in 2009 to encourage and equip more young people to discuss their beliefs and create friendships across faith, based on trust and respect.

Under Tim’s leadership, The Feast expanded to other areas of the United Kingdom including Bradford, Luton and Tower Hamlets, and brought on Muslim and Sikh youth workers and volunteers to lead community engagement. In 2017, Tim’s last year as CEO, The Feast hosted 50 youth encounter programmes, working directly with 2,700 young people. 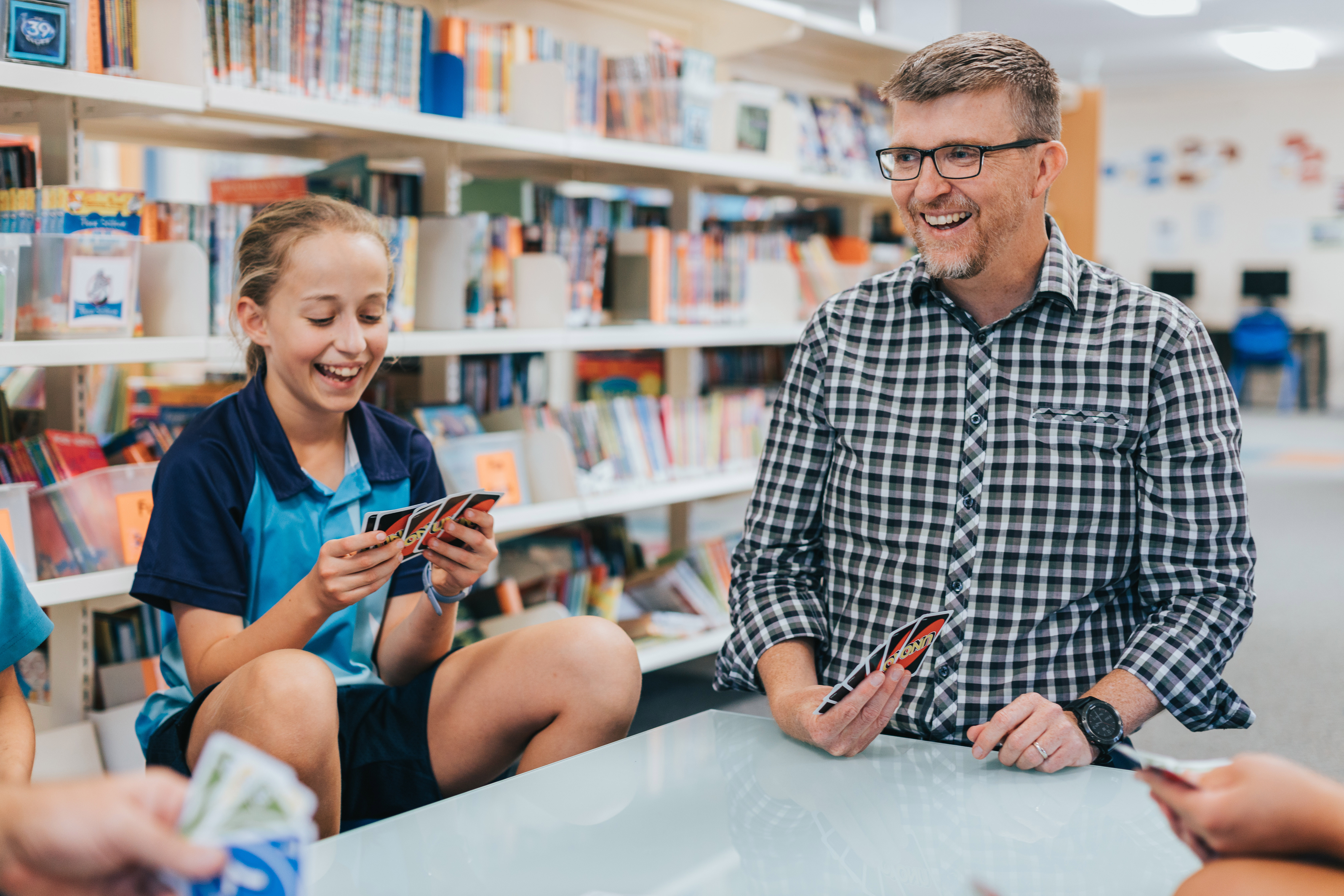 “We reached out to mosques, churches, gurdwaras, and schools. We’d throw out questions like, ‘How does your family celebrate and teach faith?’ or ‘What does prayer look like?’ It was an opportunity to talk and listen and learn,” Tim said. “I was skeptical at first, but watching these kids have these conversations and come away thinking more about what they believed and more comfortable in who they were while getting to know each other was amazing.”

The Feast uses a small group approach for most activities, working with just 10 to 15 teenagers from different faiths at a time to foster deep personal change and dialogue. Activities include movie and sports nights, weekend adventure camps, photography courses, and even stand-up comedy.

“The comedian taught the kids how humour can be used for good rather than tearing people down,” Tim said. “Any activity we thought would be fun and engaging became an opportunity to nurture conversation and to frame general questions that would spark dialogue about their faiths, backgrounds, and cultural identities.”

Before The Feast, Tim says most interfaith work in Birmingham either tried to change people’s beliefs or tried to bring people together by ignoring real differences and disagreements. 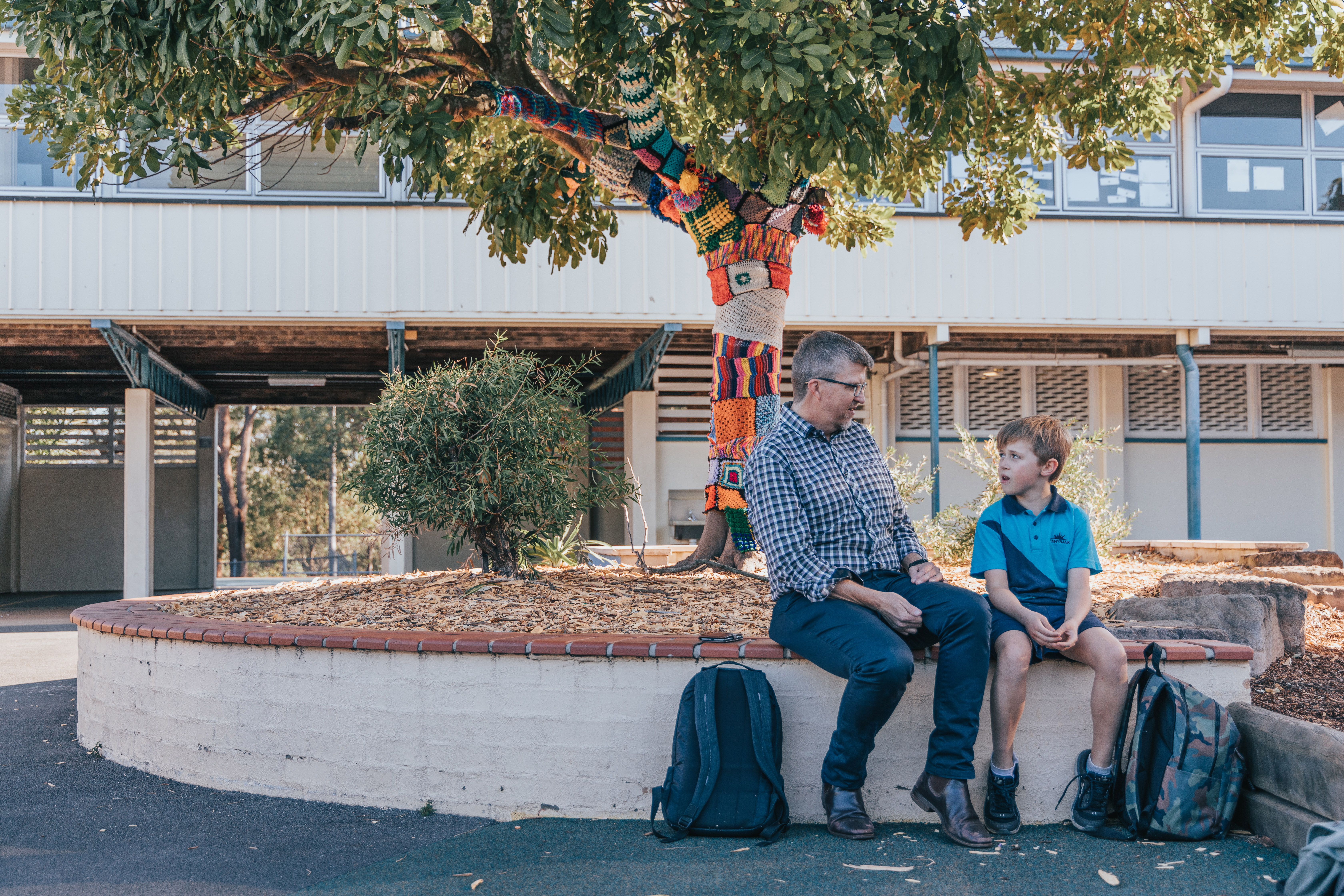 “What made The Feast unique is that we waded into awkward spaces where kids were challenging each other and talking about things passionately without the group dynamic breaking down,” he said. “We had a full spectrum of Christian, Hindu, Muslim, Sikh and Humanist communities. Everyone, no matter their faith story, was treated with real dignity.”

Tim helped The Feast build an ambassador network of young interfaith leaders who continue to strengthen relationships among Birmingham’s diverse communities. At the end of 2017 he moved back to Brisbane to recreate this magic as SU QLD’s Cross Cultural Innovation lead. In this role he’s adapting The Feast for Australia with a new programme called CHAT (Cultural Hearing, Asking, and Telling). Through schools and camps, CHAT trains school chaplains to work with newer immigrants, refugees, aboriginals and other diverse and isolated communities.

“Too many of these communities are living in bubbles and silos, and too many white Australians are unaware of the struggles they face,” Tim said. “Through CHAT, we want to connect these communities and create empathy and understanding so that they can break through culturally imposed glass ceilings and enjoy the fullness of living in Australia.” 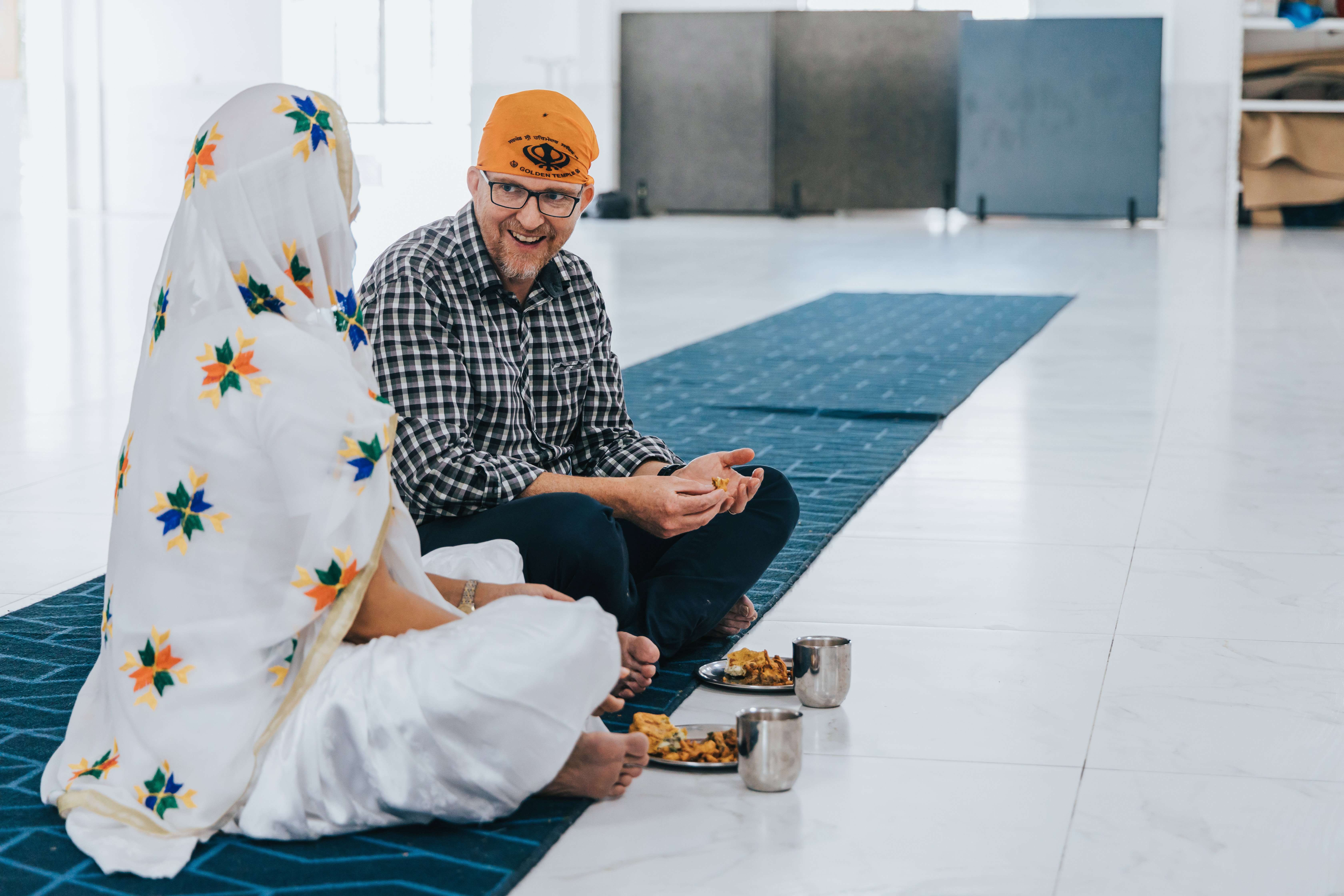 He hopes The Feast’s work in the United Kingdom and CHAT’s work in Australia will give participants positive outlets for social change, make minority communities more resilient, and encourage majority communities to stand up for their neighbours and fight against prejudice.

On a personal level, Tim’s work is already paying off.

“My nine-year-old son was born in Birmingham. Now back in Brisbane, he’s eager to understand his mum’s Kiwi story, has started to learn a bit of Maori, and wants to understand aboriginal ethnicities in Australia. He’s starting to work out who he is in the world and have empathy for others. It’s so special to watch him grow like this and follow our lead,” he said.

Tim Fawssett is one of KAICIID's featured Heroes of Dialogue. To find out more, click here 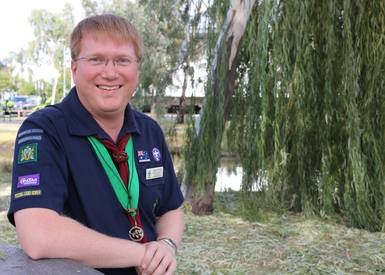 Ross Tutin: “Scouts have been role models for interreligious dialogue”

Ross Tutin is a Scout from Brisbane, Australia who serves as the Leader of the Spiritual Development Unit and as a Global... END_OF_DOCUMENT_TOKEN_TO_BE_REPLACED