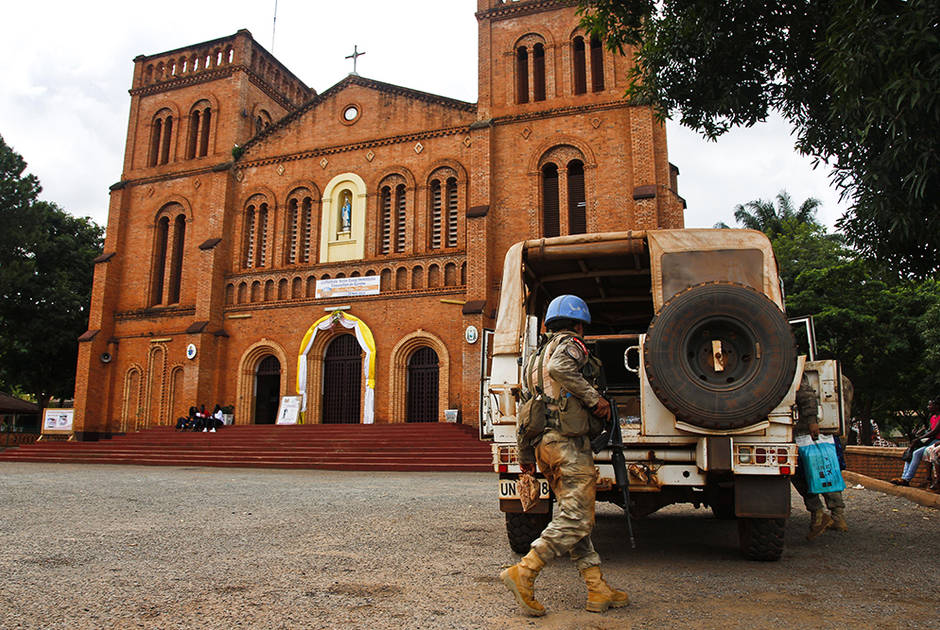 A UN soldier climbs into a military vehicle outside of the Bangui Cathedral. Photo: Jack Losh

After rebels launched an offensive in the Central African Republic (CAR) late last year, government forces pushed back and have been gaining ground across the country. This counter-attack is overshadowing urgent calls for dialogue to minimise the impact on civilians and address underlying grievances. Despite the government’s battlefield successes, leading religious figures insist that the route to a lasting peace does not lie through a military solution. Instead, they are urging all parties to gather around the table and find a truly sustainable and inclusive resolution.

“Military victory alone is not enough,” says Cardinal Dieudonné Nzapalainga, the Archbishop of Bangui. “Otherwise, the flame will sustain itself and cause further violence. It’s important to put out the fires now by reaching out.”

The ongoing upheaval comes two years after the signing of the Khartoum Agreement, a major peace deal between the government and 14 rebel groups — an agreement that subsequently collapsed during the recent eruption of violence. But as the turmoil moves into a new and uncertain chapter, minds are being focused on the future of CAR’s peace process — whether it can be resuscitated and, if so, what role religious leaders can play as independent and conciliatory arbiters deeply embedded within communities.

“Violence leads to violence in the short, medium and long term,” says Imam Abdoulaye Ouasselogue. “There needs to be a sincere and inclusive dialogue, the application of which must not suffer from any political calculation.” 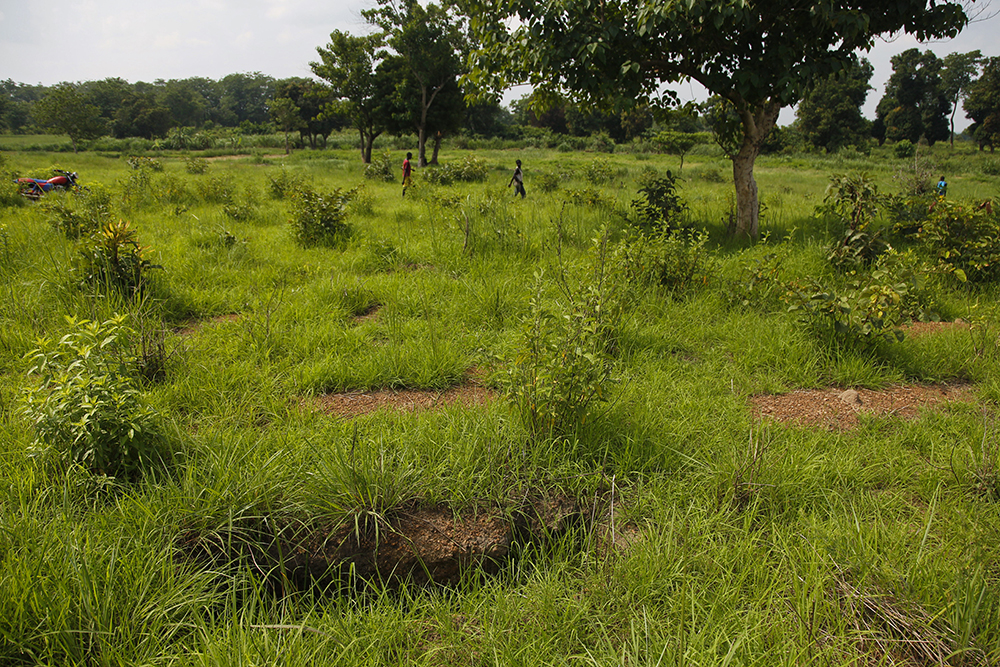 Unmarked graves at a site on the outskirts of Bossangoa, CAR, where civilians were massacred. Photo: Jack Losh

While such a development may sound welcome, the reality is that civilians are being caught in the crossfire as deadly force fails to defuse tensions. UN investigators and other rights groups have documented atrocities and other violations of human rights.

In the north, after troops seized the rebel stronghold of Kaga-Bandoro, clashes recently forced over 2,000 refugees to cross into Chad, wading shoulder-deep through a river that separates the two countries, carrying their few belongings on their heads. Some have since resorted to crossing back into CAR’s perilous terrain to find food or salvage what little is left from their properties.

Earlier violence during years of protracted insecurity had forced more than a million people from their homes. The result is that, today, nearly a third of CAR’s entire population is displaced, alongside soaring child hunger — with at least 24,000 children younger than five at risk of severe acute malnutrition.

The current strong-arm strategy also carries deadly consequences. “The military solution is not the answer,” said Feralin Mindende-Mobaka, KAICIID’s Country Project Officer in CAR. “Dialogue is best. Civilians are dying. The risk is that this could all fuel more violence.”

Through face-to-face dialogue, it is possible to learn of the opposing side’s needs and find common ground. “As long as you are not seated around a table with the belligerents, you cannot imagine what they want,” said Reverend Nicolas Guerekoyame-Gbangou who, alongside the Cardinal and Imam, stands among the country’s top religious leaders. “Dialogue will always be an effective weapon for any conflict resolution.”

There is no question that stability is a critical component of peace; robust yet accountable security forces must play a role in that process, experts say. CAR’s borders are extremely porous, allowing arms and fighters to enter from surrounding crisis zones — and that fuels unrest.

“A country in crisis does need security, and that would be provided by the military,” said Agustin Nuñez-Vicandi, KAICIID’s Country Programme Manager in CAR. “But there’s also a great need for reconciliation and other elements such as transitional justice, the reintegration of armed factions back into society, and so on.” 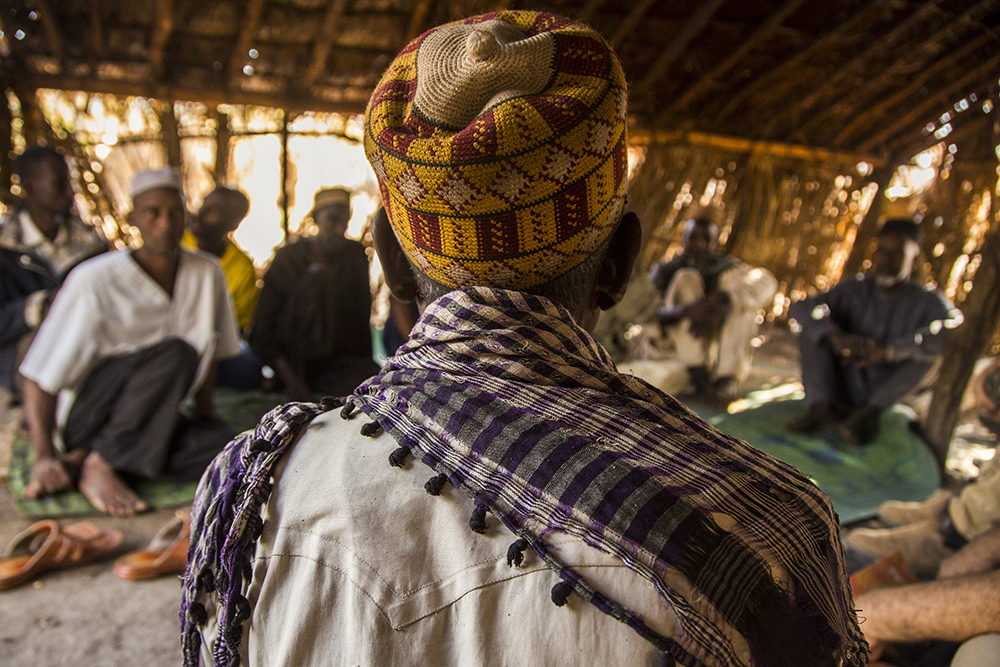 Elders of a Muslim community displaced by fighting gather for a meeting in their camp in the Chinko widlife reserve. Photo: Jack Losh

Religious leaders can play a key role in that process of reconciliation and in the creation of an enduring peace. Unconnected to factional politics, they serve as neutral intermediaries whose spiritual standing sets them apart from any agenda-driven realpolitik. Such bold independence enables them to converse with an array of figures — from politicians to rebels, as well as their congregation who endure the sharp end of the conflict.

With more than 95% of the country’s population claiming a faith in CAR, religion is a potent force. That means its leaders — whether Protestant, Catholic or Muslim —can offer spiritual solace from the pulpit as well as pragmatic humanitarian assistance through their institutions. As trusted agents integrated within the community and the establishment, these figures hold great authority.

“They sensitize the population to tolerance, forgiveness and reconciliation,” said Boris Yakoubou, KAICIID’s Country Expert in CAR. “Beyond their role of mediation, they play the role of spiritual fathers.”

And it is that rare standing that must be utilised when building an enduring peace - whether influencing grassroots groups, giving voice to the marginalised, championing human rights, applying pressure to policymakers and, ultimately, bringing the warring sides to the table.

There are signs that support for a renewed peace process is gaining momentum. In April, a mini-summit on CAR’s security situation took place in Angola, bringing together several regional heads of state. At the centre of their talks was the 2019 ‘Khartoum’ peace deal, which was agreed in Sudan’s capital. Angolan President João Lourenço called for all actors to work together “to guarantee a dialogue and…boost the Khartoum Agreement”, with the support of the international community.

The emphasis on reviving the peace process suggests that, despite severe cracks, it may still be fixed. Numerous ceasefires have been signed over the years, and yet the violence has not subsided sustainably. CAR’s religious leaders believe there is hope for this one, although creating another agreement — or at least some revisions — remains a possibility.

“For me, the peace deal is still relevant,” said Cardinal Dieudonné. “We must make an overall assessment and then we will see if it is necessary to have another document. Only a framework of dialogue can allow people to empty themselves of the venom inside.”

While the rebels are widely regarded purely as predatory profiteers, they too have their demands and were initially born out of legitimate concerns of marginalised members in Central African society. Consulting with all relevant parties, including armed groups, engaging with their demands and allowing their concerns to be aired will form a critical part of any peace process. 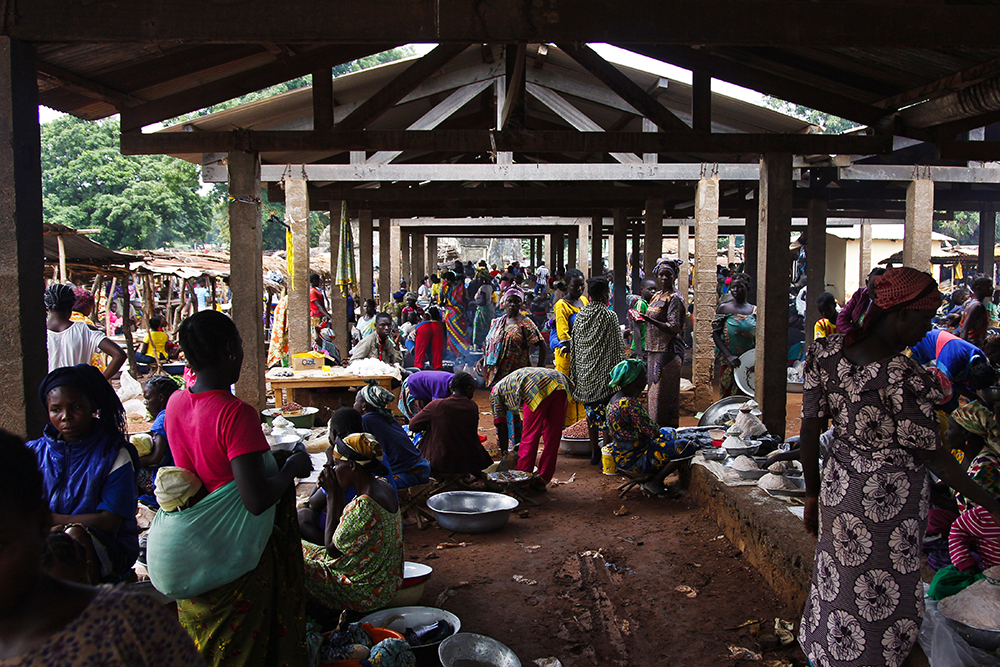 Complicating that, however, is that this ad hoc coalition comprises a hotchpotch of armed groups, local and foreign, that lack a single chain of command and bring different grievances and motivations. Some factions condemn sanctions against their leaders and accuse the government of showing an absence of good will. Others fear arrest during tentative talks or fume against the lack of lucrative rewards during truce talks. All of this impacts the mistrustful relationship between rebel chiefs and senior government officials.

Given the dramatic changes that have occurred since the last deal, Imam Ouasselogue believes that a revised strategy may be necessary — a sort of ‘Khartoum 2.0’.

“[The armed groups] are for a new dialogue, but the government [among other parties] want to keep the Khartoum Accord,” he said. “The current reality on the ground, with the new facet of the crisis, requires a new approach.”

For over 15 years, Albert Mbaya has worked as a reporter in one of the most dangerous contexts on earth for journalists,... END_OF_DOCUMENT_TOKEN_TO_BE_REPLACED

As a child growing up in Nigeria, Fatima Madaki hoped to study medicine, believing that to be the best way of saving lives... END_OF_DOCUMENT_TOKEN_TO_BE_REPLACED

Trained in the art of interreligious dialogue, these faith leaders are making Nigeria a more peaceful place. For those... END_OF_DOCUMENT_TOKEN_TO_BE_REPLACED