“We Practice What We Preach”: Four Friends Promote Interreligious Dialogue in the Arab World by Setting the Example 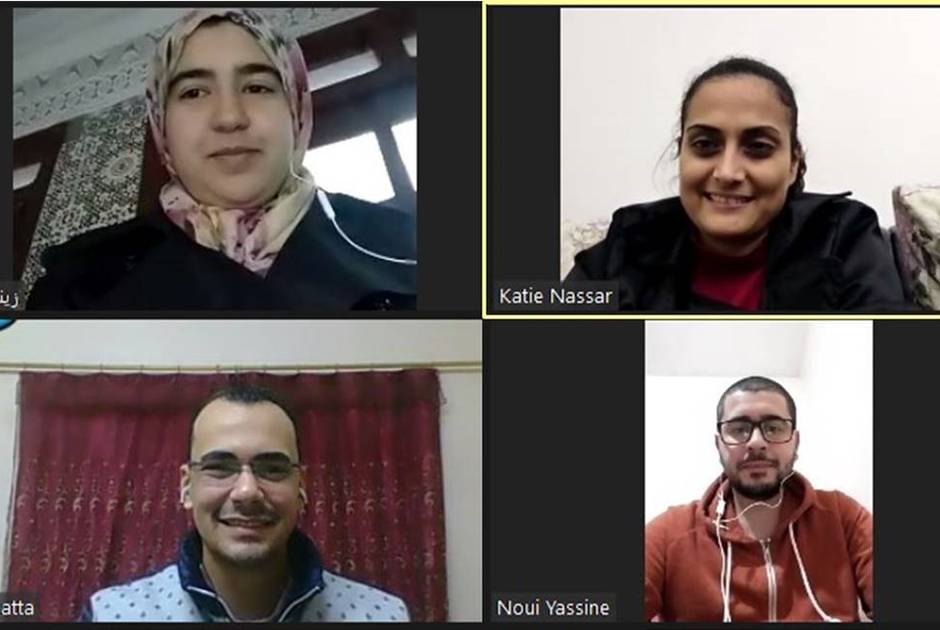 When they met for the first time, three years ago in Lebanon, Yassine Noui and Mina Atta Boustorous had no idea they would become two among a group of four close friends able to set an example of successful interreligious dialogue for other youth in the Arab world.

Noui and Boustorous, an Algerian PhD researcher in Islamic Sciences and a student from Cairo’s Theological University, now 37 and 27 years old respectively, took part in an interreligious dialogue training organised by KAICIID and followed by participating in the Centre’s Youth Forum a year later in Jordan.

“That’s where we met them,” recalls Katie Nassar, a 33-year old PhD Lebanese researcher in Islamo-Christian studies who took part in the Forum along with Moroccan peer Zeinab Benabdelkrim-Filali, a 27-year old PhD student in philosophy who is also a Scout.

“Our friendship became stronger and stronger despite distance and religious differences, and we realised that other young people in the Arab world and elsewhere can profit from our experience,” Nassar says.

“We felt there was a strong need to promote interreligious dialogue and this is why we came up with our project.”

“Through Dialogue” is one among the 60 projects supported by KAICIID within its Dialogue 60 programme in 2020, a series of grants for initiatives promoting interreligious dialogue and cooperation in the Arab world.

Six online dialogue seminars, with speakers from Jordan, Iraq, Lebanon, Palestine and Syria formed the main part of the project, which also included the production of six short videos.

“We wanted to prove how it is entirely possible to build strong relationships beyond differences,” Nassar explains. “I am a Lebanese Maronite Catholic and Zeinab is a Moroccan Sunni Muslim, but I am closer to her than to many of my Christian friends at home.” 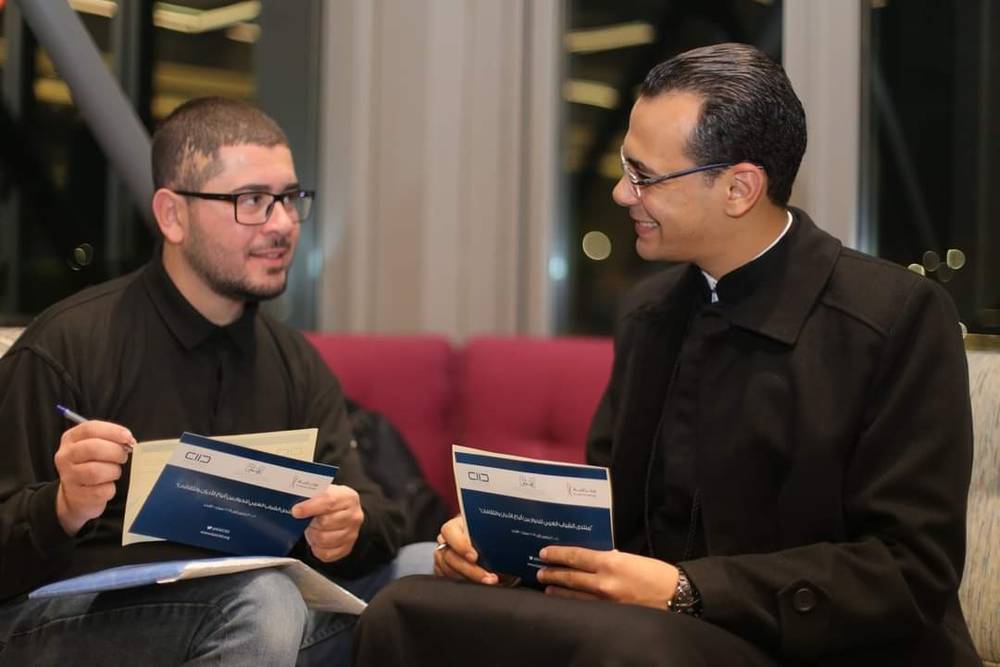 The international and interreligious group of friends also produced a series of motion graphics aimed at explaining the difference between dialogue and debate.

“The first of the four episodes we have already produced are actually about our friendship,” says Boustorous, who scripted the videos in Egyptian Arabic.

“We are like brothers and sisters and incredibly happy to work together,” he says. “We know our story is a successful one and feel the need to promote this beautiful experience.”

The group of four was also able to turn their project into a success story, as the webinars, videos and social media posts on the project’s Facebook, Twitter YouTube and Instagram earned an audience of 60 thousand viewers.

“We were very surprised by the impact our initiative had,” says Nassar. “This is why we decided to organise a follow up with more online seminars and videos. We think there is a need for that, so there is definitely more to come.”

Nassar, who has previous experience running social media projects, says the initiative was not initially supposed to be held online.

“At the end of 2019, we had a totally different idea of what it should be like, then the COVID-19 pandemic came about and we had to adapt our plans to all the travel and gathering restrictions, so we decided to use social media.”

According to Noui, while being forced to rely on social media under the health emergency circumstances, found this to be an unexpectedly fruitful option for engagement. 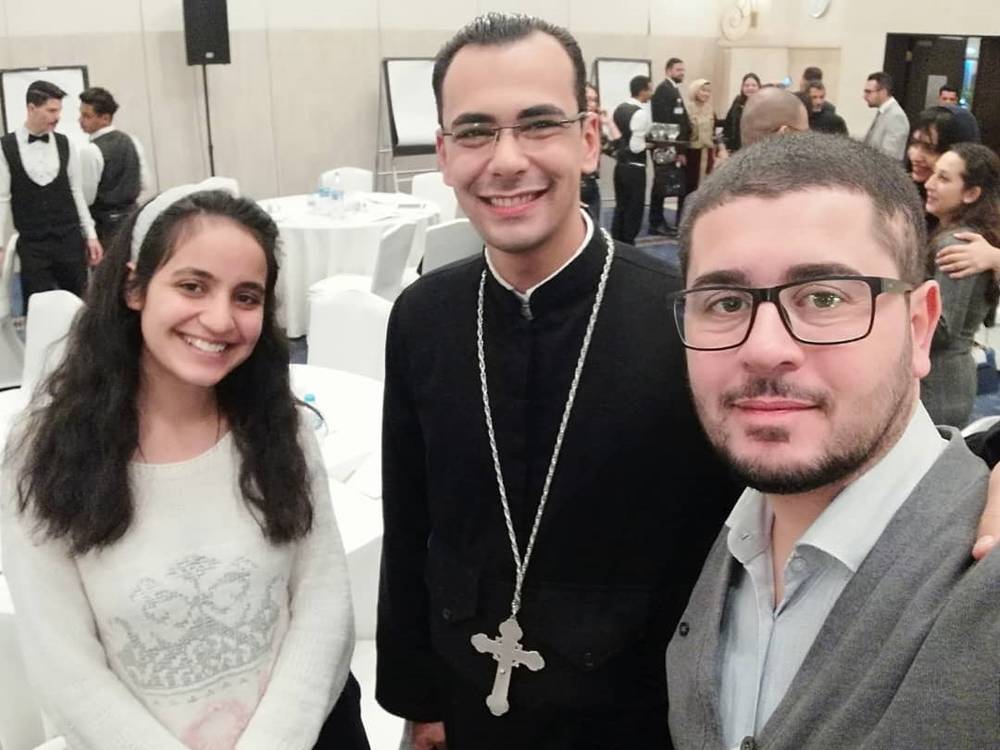 Noui knew from the very start that his friendship with Boustorous could benefit other people if promoted as an example.

“I am a practicing Muslim and Mina is a practising Christian: this was never an obstacle to our friendship,” he says.

Noui says the example set by interreligious friendships can  appear controversial to some in the region.

“There is a dogmatic mentality we need to change,” he says. “Promoting a culture of dialogue is necessary in order to live together and it also reflects God’s will: the Quran says people were created different from each other so they could interact and work together for peace.”

This task, though, can be very challenging in more conservative religious environments.

“It is difficult to address the issue of interreligious dialogue, or the lack of it, in the Arab world,” says Nassar.

“In some places it’s a taboo. Where I come from, you can talk about it and, for instance, celebrate Easter without anyone being upset about it. It’s not like that everywhere.”

Nassar’s home country, Lebanon, endured a civil war between 1975-1990 which resulted in numerous fatalities and displacements.

“I was born into a civil war in Lebanon,” Nassar says. “Syria, nearby, is still trapped in a similar situation. Iraq is still trying to get out of it. This is what the lack of dialogue brings about: war, terrorist groups like ISIS… and this does not only concern the Arab world. It is happening in Europe and elsewhere too, so all countries can actually benefit from the example we are setting.”

According to Boustorous, ignorance and misconceptions resulting from a lack of dialogue are among the main factors behind wars and violence in the Arab world.

“Interreligious dialogue is what we can use to bring peace to our region,” he says. “Religion should serve humanity by promoting peace. People should not be at war to serve religion.” 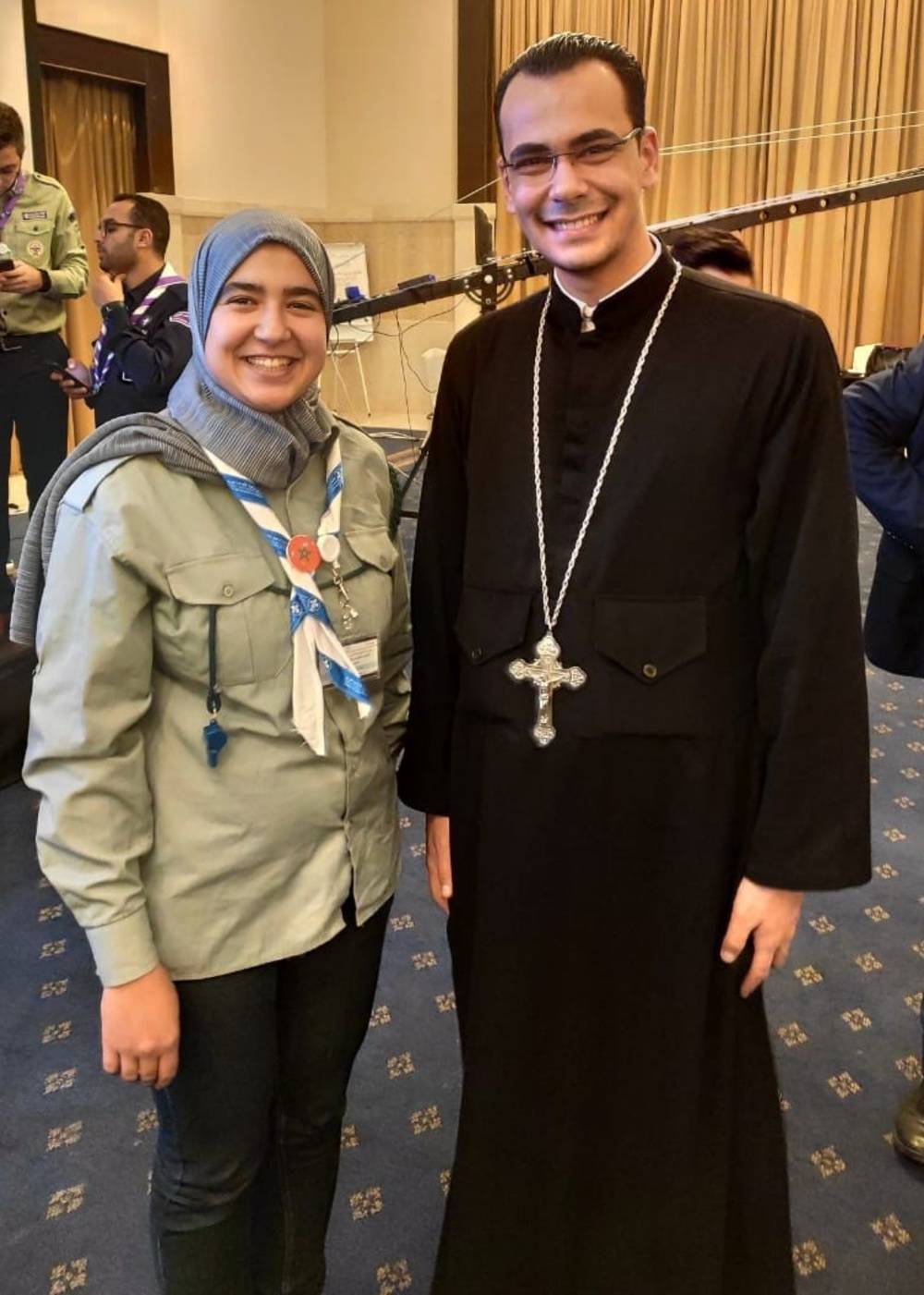 15 October 2021
KAICIID Sponsors 100 Dialogue Projects in The Arab Region
11 May 2021
Following a Stellar Year of Achievements, KAICIID Renews its Call for Proposals for the 2021 Dialogue60 Grant Programme
END_OF_DOCUMENT_TOKEN_TO_BE_REPLACED

Historical and archaeological sites, along with ancient sculptures, monuments and manuscripts stand as a testimony to our... END_OF_DOCUMENT_TOKEN_TO_BE_REPLACED

Father Nehme Saliba was born in multicultural Lebanon in 1974, the same year that the civil war broke out. Having lived his... END_OF_DOCUMENT_TOKEN_TO_BE_REPLACED