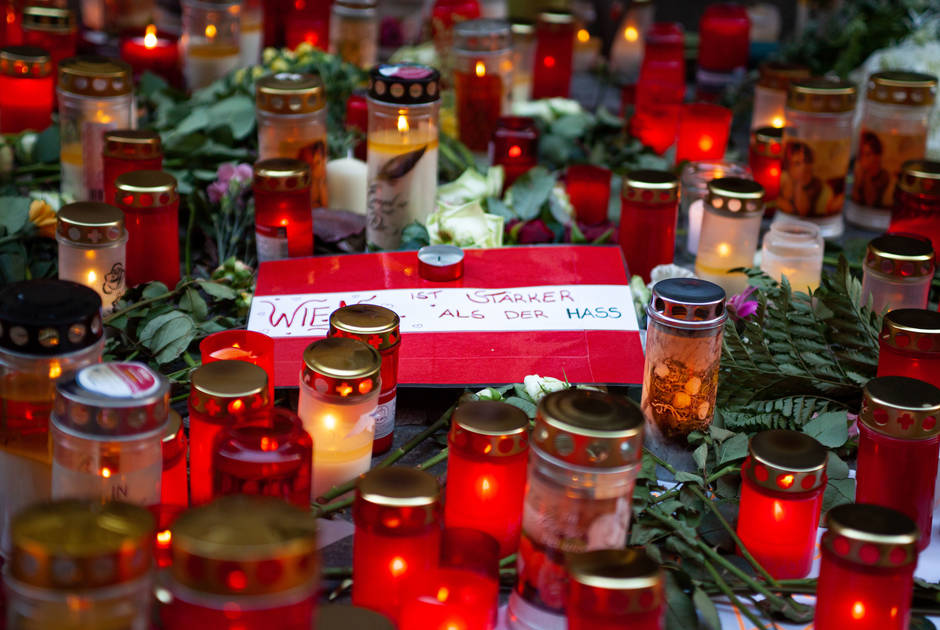 Through the winding cobblestone streets of the inner city, representatives from Vienna’s diverse religious communities quietly led community members, politicians and journalists in a united march against the hate perpetrated during last week’s terror attack.

Only three days before, on Nov. 2, in these same streets outside of Vienna’s main synagogue, rapid pops of gunfire tore through the air, as the shooter made his way through the historic city centre.

The attack, which killed four and injured seventeen, was attributed to a supporter of ISIS. The violence has sent shockwaves across the city, which has repeatedly been ranked as one of the most liveable and safest in the world, and is already heavily burdened with rising COVID-19 cases.

As soon as he received news of an active shooter, Imam Tarafa Baghajati anxiously phoned his friend and colleague, Rabbi Schlomo Hofmeister. 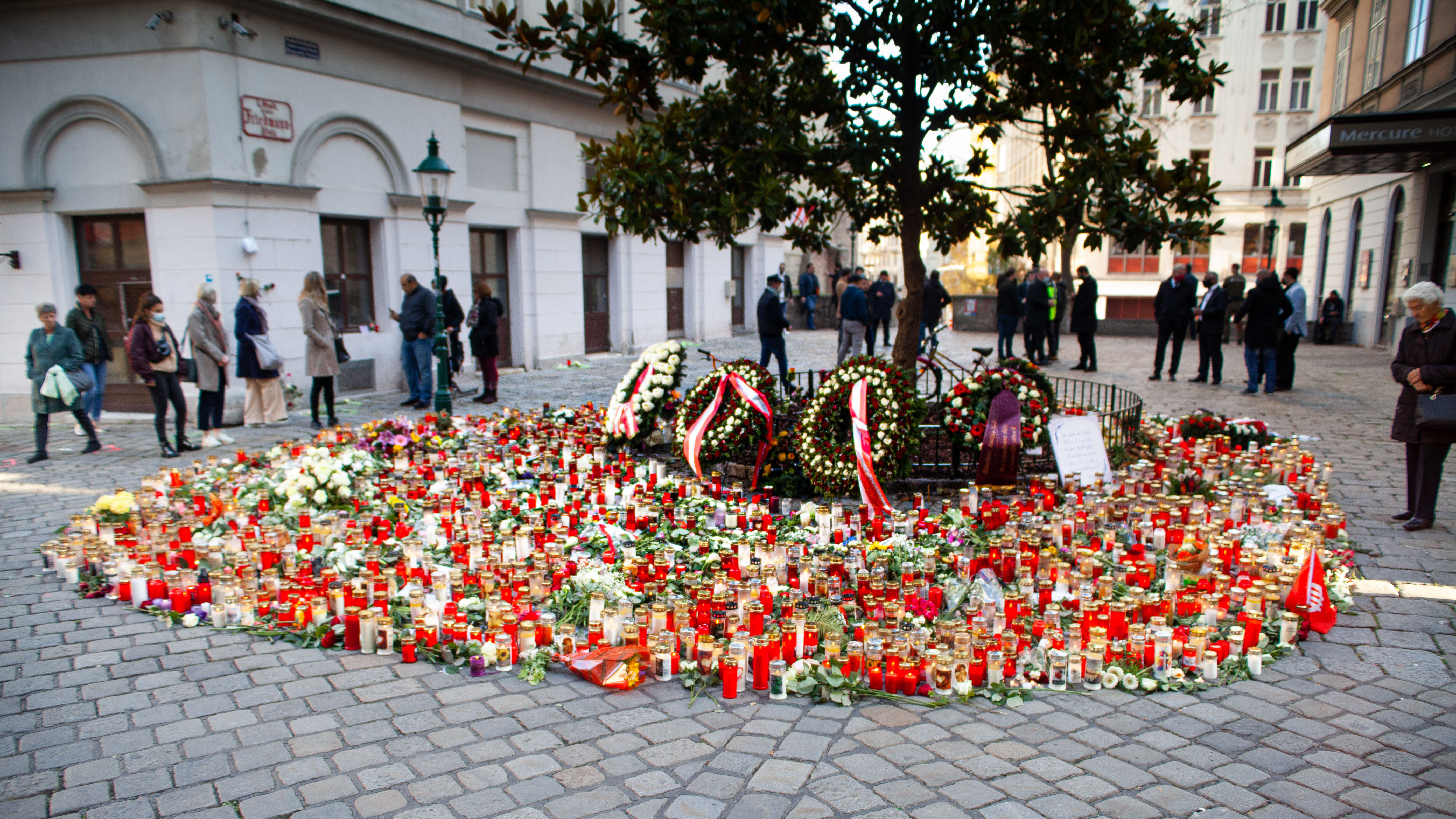 Both men serve together on the KAICIID-supported Muslim-Jewish Leadership Council (MJLC), which works to stop acts of violence and hatred, particularly those targeted at Europe’s Jewish and Muslim communities.

“At the beginning, when we heard about the attack, my first worry was Rabbi Schlomo”, Baghajati said. “He was the first one that I called. He even saw the attacker from his window. He lives right by that street.”

Although it remains unclear if the attack was an act of anti-Semitism, it was Rabbi Hofmeister who pitched the idea for the memorial march. He quickly gathered some of the city’s most prominent religious leaders including Baghajati, Cardinal Christoph Schönborn, President of the IGGÖ Ümit Vural , the Orthodox Metropolitan Arsenios (Kardamakis) and the Evangelical Lutheran Bishop Michael Chalupka.

“When hatred, hate speech and violence are exercised in the name of religion, we need to be the first to stand against it, condemn it and make it clear that there is no such thing,” Hofmeister told journalists at the march. “There is no hatred and no violence in the name of God.” 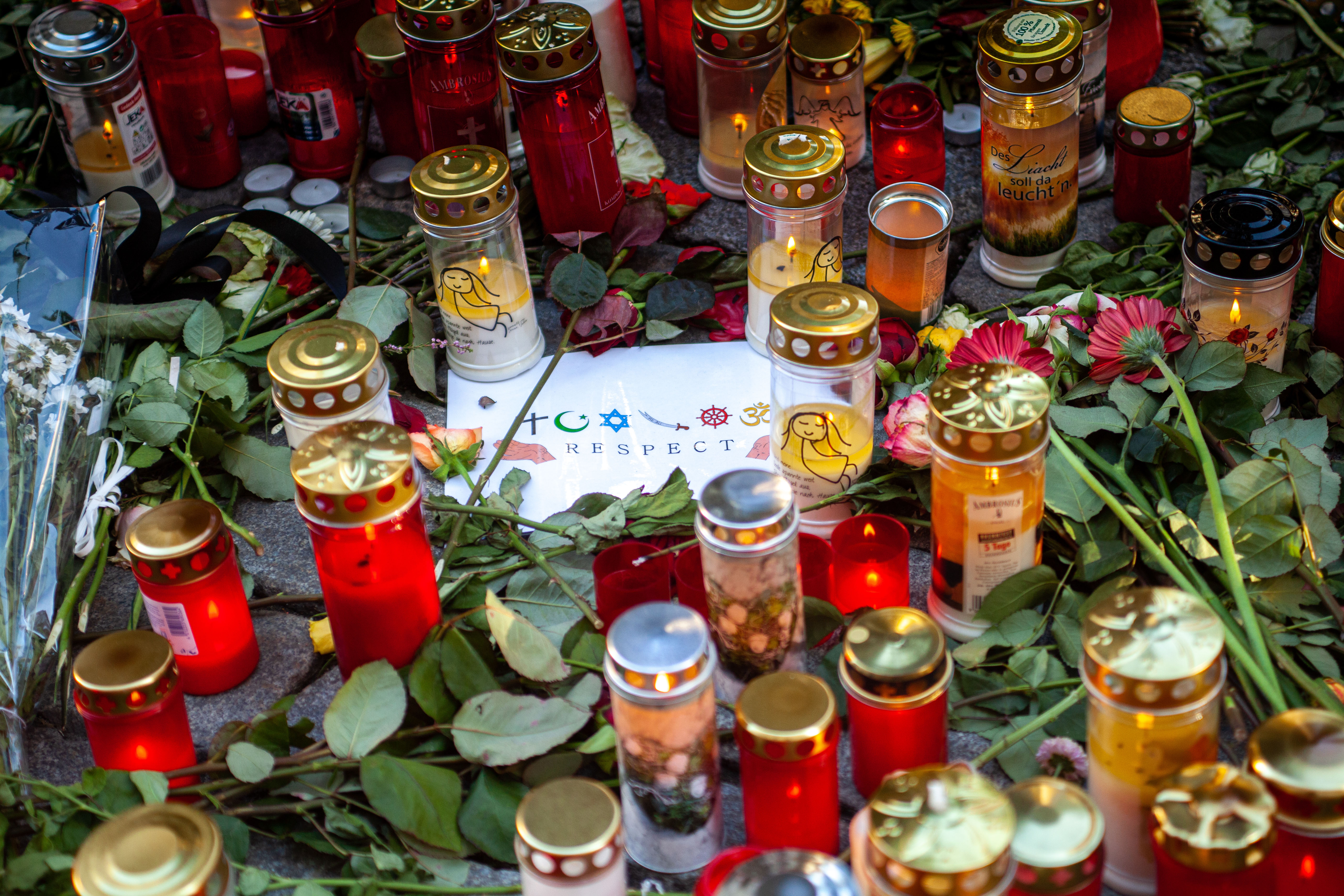 The route of the memorial march followed the path the shooter had taken – from Vienna’s Hoher Markt, down the Jerusalem stairs and finally to Schwedenplatz. Along the way, tangible reminders of the attack still lingered. Bullet holes torn through the walls of restaurants. Chairs and tables overturned from the harrowing moments when Vienna’s citizens dove for cover. Faded bloodstains on the cobblestone streets.

Whitney Gerdes, from the International Association for Refugees, happened upon the interfaith march as she was walking through the city offering prayers of her own.

“I decided to walk through the memorial sites and pray for the victims – for the peace of God to be in that space and where there was fear, to be grace and love,” she said.

She joined the marchers in front of a large memorial in the Desider-Friedmann-Platz, where religious leaders lit candles and laid flowers.

Gerdes was encouraged to see the city’s faith leaders come together, as well as a firm commitment not to give in to anti-Muslim or anti-migrant sentiments. “There was a sense that we wanted to stay united,” she added. 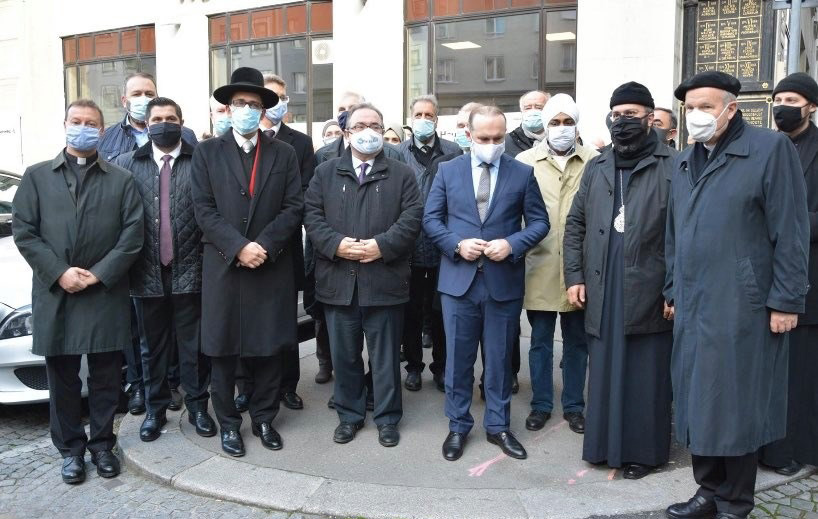 Father Andreas Kaiser, parish priest at Ober St. Veit, said he’s heard stories of profound gestures and an outpouring of community support from his parishioners, many of whom were near the attack site last Monday. “All of this comes out of a deep religious motivation of love for the other (Christliche Nächstenliebe), because of the deep conviction that love is stronger than death. This is how faith becomes manifest, even though many may not realise it,” he added.

This sentiment was echoed during an interreligious remembrance service at St. Stephen’s Cathedral which was livestreamed the day after the attack. Throughout the church, prominent members of Vienna’s Buddhist, Christian, Jewish, Muslim and Sikh communities were spread out, physically distanced, but united in a powerful wall of solidarity.

In the past week, interfaith initiatives like the march and the service at St. Stephen's have spread throughout the city. According to Hofmeister this is because the attack was against the city’s peaceful coexistence, rather than aimed at or stemming from one religion. “This was an attack on Vienna. On all of us,” he said.

“These are not just empty words,” Baghajati added. What happened on Monday shows us that the kind of interreligious work we do is not just something that happens at conferences, for glossy publications, or for dialogue sessions. We have to 'live' interreligious dialogue in schools, in the streets.” 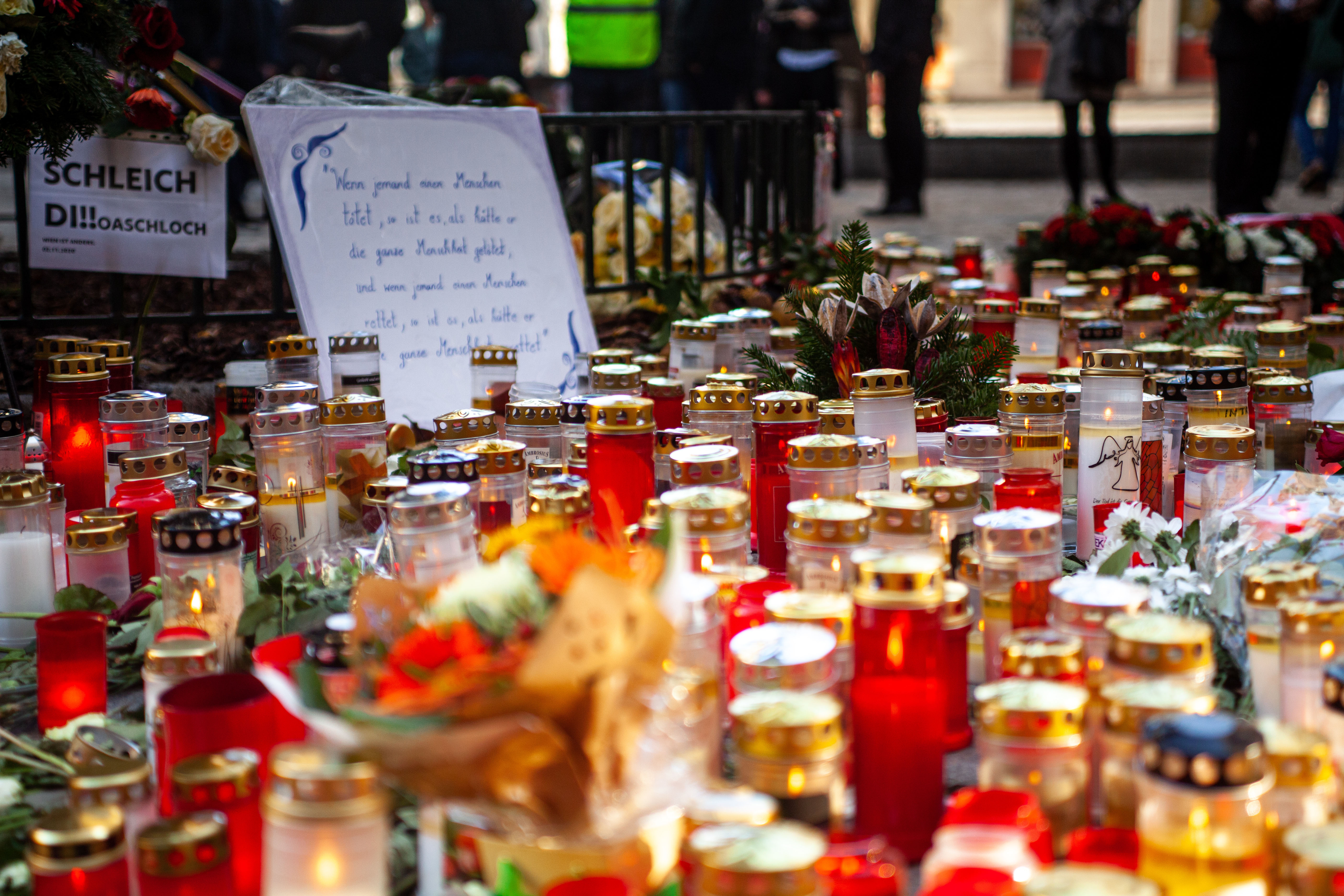 A few days ago, Father Kaiser took his own meditative walk through the streets where the attack took place. Reverently he lit a candle at one of the memorials and watched while others did the same.

“Candles, in pretty much every religion, are a symbol for prayer,” he said. “And it’s not only religious people who light candles. People who are not affiliated with any particular religious belief do too, because deep inside every human being is, in a way, a sense of the religious or spiritual.”

In this area of the city known for its noisy bars and restaurants, a sacred, solemn stillness has fallen. For a moment, the world is quiet here.

But it’s not completely silent.

Amidst the grief are symbols which speak volumes of the community’s resilience and strength. Signs laid atop makeshift memorials declaring that “Vienna is stronger than hate” and “Our religion is love.” People holding one another close as faith leaders offer up hushed prayers and soft words of comfort from holy texts. Young people defiantly placing flowers into bullet holes.

Testaments to a city which will not be divided or defined by hate. Solidarity and hope are sovereign here.

Located midway between the Middle East and Western Europe, Serbia was hit hard by the “refugee crisis” of 2015. Fleeing war... END_OF_DOCUMENT_TOKEN_TO_BE_REPLACED

At a time of increased anti-Semitism, anti-Muslim hate, and xenophobia in Europe, it is a powerful moment when a rabbi and... END_OF_DOCUMENT_TOKEN_TO_BE_REPLACED

Humanitarian assistance is best administered face-to-face. Being able to look into a person’s eyes, to hold their hand or... END_OF_DOCUMENT_TOKEN_TO_BE_REPLACED