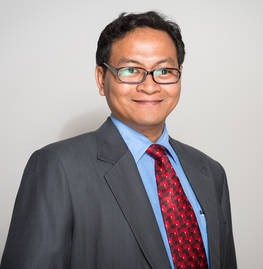 Muhammad Afdillah is a secretary and faculty member at the department for the Comparative Study of Religion, Faculty of  Ushuluddin and Philosophy at State Islamic University of Sunan Ampel, Surabaya, Indonesia. The institution belongs to the Ministry of Religious Affairs (MoRA), Indonesia. He holds two master's degrees in social science and religious studies. At his alma mater, he teaches history of religion, Islam in South-east Asia and religious pluralism. In the past five years, his research has focused on peace and violence in religions, religious regulation, religious persecution, and the academic study of religion. He has been awarded several grants to support his research and studies on these issues, such as the Henry Luce Exchange Student and MoRA Scholarship.

In addition to his academic pursuits, he also volunteers as secretary at the Department of International Relations in Muhammadiyah of the East Java Provincial Board. He assists with the organization of monthly interreligious dialogues in the East Java province. Overall, he utilises his skills and experience to assists scholars working on the fields listed above; helps government officers in policy making regarding religion and society, and socio-religious conflict; and supports NGO activists and individuals in supporting minority groups confronting socio-religious conflict.