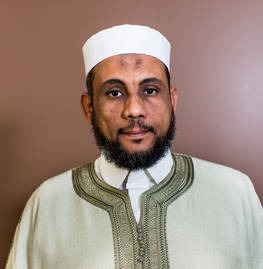 Mohammed Issa Abu Nujila is a lecturer of Arabic and Islamic studies at the University of Benghazi and a member of the League of Libyan Ulema.  He is an Egyptian academic who holds a master's degrees in science and Arab legitimacy. He has been teaching for 25 years, including 10 years at the university.

Abu Nujila served as Head of the Department of Arabic and Islamic Studies, Faculty of Education, at the University of Benghazi from 2011-2013. In addition, he was the Chairman of Curriculum Development. Moreover, he is a founding member of the Faculty of Islamic Studies of Thought in Benghazi, chairing the Scientific Committee since 2012.

Abu Najila has authored several books, including: The Globalization of Moral Values, and The Flag: Bounty and Controls. He is interested in education and interreligious dialogue. He also conducts research on religious texts and analyzes them scientifically to highlight the universal innate values ​​of humanity.

His motto is: “Honesty is key, and dialogue is the path of reform.”