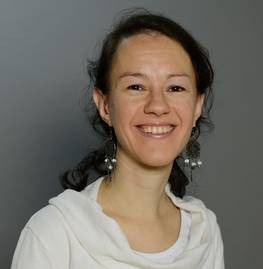 María del Milagro Dallacaminá is an International Relations professional and Mediator. She is currently working in Community Mediation and in a Project against Human Trafficking. Since she was at University, she has been interested in human rights and their relation to interculturalism. In fact, her thesis title was: “The universality of human rights: a view from cultural diversity.” She is from Salta, the north of Argentina and has lived in 9 different cities, including a rural area in Angola –working with children and youth, with the Salesians of Don Bosco- and in Nairobi –studying Social Innovation at Amani Institute and working at Gatoto Primary School. These and other experiences have helped her develop skills in teaching, training, active listening, empathy, and deepened her interest in interculturalism and peacebuilding. She is an active member of the Work of Mary- Focolare Movement since 2008. She was a volunteer for two years, driven by the vision of unity and understanding between cultures and religions. The dialogue that the Movement promotes is founded on the spirituality and, in particular, on the central importance of love, following the Golden Rule: “Do unto others as you would have them do unto you.” Ms Dallacaminá truly believes in this vision of Chiara Lubich, the foundress. She says that she likes “building bridges, not walls”, not as an engineer, but as a mediator; building bridges between religions, people, countries, and cultures.