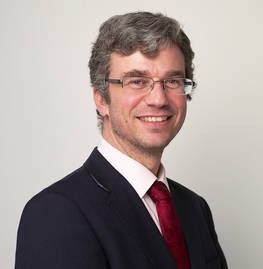 Lior Kaminetsky is a 7th generation Jerusalemite, born to a traditional and musical Jewish family. He occupies a unique niche, combining Judaism and music. Lior serves as the Rabbi of Birmingham's Central United Synagogue in the United Kingdom, holding Rabbinic Semicha (certification) from Ohr Torah Stone. In addition, he is an internationally acclaimed Israeli violinist, holding a Doctorate of Musical Arts degree in violin performance from University of Southern California and a master’s degree from the Jerusalem Academy of Music and Dance and the Hebrew University. Lior is active in promoting interreligious and intercultural communication and understanding via music and religion.

His diverse creative work includes his recent 2018 documentary film "Keeping the Flame Alive" about fur-flung Jewish communities in Middle of America; his 2017 musical compilation "From Bach to Carlebach" featuring Lior's own classical solo violin arrangements for popular tunes, and his "Mediterranean Klezmer Ensemble" musical album from 2006.

While making a change is not always easy we have the power to make it happen, as Lior says - "In the world of doing there is no failure, only ups and downs. The only failure I recognise is letting the fear control my ideas".