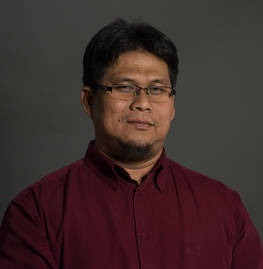 Kriya Langputeh was born on 19 March 1971 in Satun Province, Southern Thailand. He is from a native Malay speaking ethnic group with the majority of the group living in the current three border provinces. As a Thai national, he went to Thai public school where the language of instruction was Thai while he attended a Malay language-based Islamic religious school in the evening and during public holidays. He obtained his first degree in Islamic Revealed Knowledge and Human Sciences from the International Islamic University Malaysia (IIUM Malaysia). He also obtained a Master's Degree in Comparative Religions from Mahidol University in Bangkok in 2000. He currently lives in his hometown and has worked for the Yala Islamic University since 1999. He is also currently working on his PhD research at the University of Brunei Darussalam, funded by the Brunei Sultan Scholarship. His dissertation is titled Interreligious Dialogue: Approaches for Peacebuilding. He is also an active participant in lectures, conferences and seminars, especially in the field of Peace and Conflict Management.

Fellows Project: The Role of Interreligious Dialogue for Peace in the Southern Thailand Conflict

In November 2015, 200 students gathered at the Fatoni University in Southern Thailand for the one-day training seminar “The role of interreligious dialogue for peace in the southern Thailand conflict.” All the participants invited to this seminar attend the course on “Islam and the Way of Life” in several faculties in Thailand. Concepts related to interreligious dialogue and peacebuilding were discussed and

analysed. The main aim of this training seminar was to provide the framework for peaceful coexistence in the southern Thailand border provinces and widen the perspectives of youth activists on religion and interreligious dialogue. The concept represented a mixture between the definition of a seminar and a training course. Specifically, it combined the comprehensive inputs and participatory outcomes of a training with the open approach of a seminar.