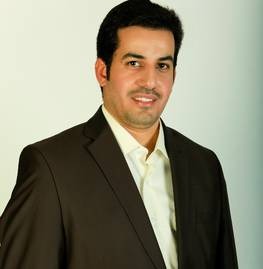 Khaled Mfareh Al-Otaibi holds a BA in media and major in public relations from King Abdul-Aziz University.  He’s currently director of the general supervisor of the minister's office at the Ministry of Justice. He represented the Kingdom of Saudi Arabia in of external missions with high-level delegations. As a result, he managed to build a network of people from different sects, countries and backgrounds.He then took part of the KAICIID experience, which enabled him to promote the concept of religious tolerance and acceptance of others.

‎‏Khaled Al-Otaibi's motto in life is: "The value of people is only in their principles. No money, titles and ranks will remain."