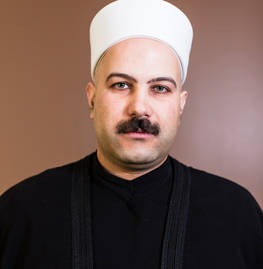 Khaldoon El Hassanieh is a Druze religious leader from Lebanon. He has a bachelor’s degree from the Lebanese State University, Faculty of Sciences, as well as two degrees from the Modern University for Business and Science.