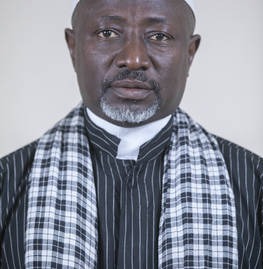 He was the Iimam and chief Imam of Muslim Students SocietysvSociety (MSS) of Liberty Academy and Oyo Area Unit "A" Council "E" respectively. He was serving voluntarily asd an assistant (volunteer) in Council of Muslim Youth Organisations (COMYO) from where he was found capable to serve as coordinator of an Islamic Propagation Centre (IPC) established by same COMYO later known as NACOMYO, in 1986. In 1989, his appointment was taken over by World Assembly of Muslim youth (WAMY) African Secretariat, tilluntil 1996 when he became Deputy Chief Imam of Imo Central Mosque, Shell Camp, Government House Street,Owerri..