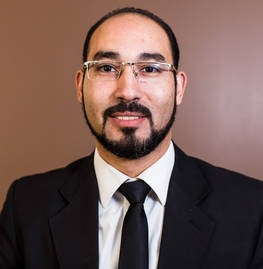 Hani Dawah is the deputy of the Senior Media Counselor of the Grand Mufti of Egypt, as well as the deputy of the “Buhramiyya Sufi Order”, one of the most popular Sufi Orders in Egypt. In addition, he was an assistant to the representatives of Al-Azhar in the 50-member committee tasked with amending the 2012 Egyptian constitution.

Hani studied the elementary level of Islamic sciences in the study circles of the Azhar mosque under the auspices of a group of renowned scholars such as Dr. Ali Gomaa, the former Grand Mufti of Egypt and a member of the Grand Council of Scholars, and many others. He studied Sufism under the auspices of Sheikh Akram Akeel Mazhar. His bachelor’s degree was in mass communication specialized in journalism. He also has a degree in electronic journalism and another degree in social media from the BBC Academy for Journalism, London, United Kingdom. He worked in the field of media and journalism until he was promoted to Deputy Editor in Chief of the online news website Masrawy, one of the largest news sites in Egypt.

He manages a training program in international protocol and negotiation at the Diplomatic Institute in Cairo, which is affiliated with the Egyptian Ministry of Foreign Affairs.

Dawah has made numerous contributions to the field of combating extreme ideologies and has been an advocate for integration, coexistence and interfaith dialogue among different religions and cultures by drafting reports and conducting research on fatwas on extremism in Egypt’s Dar al-Iftaa. He is a regular host on a number of television programmes and contributes daily articles for a number of websites such as the Huffington Post, Masrawy, al-Akhbar and al-Aram. His articles are also translated into English and published on the English website of Dar al-Iftaa. Moreover, he participated in conferences handling issues such as combating extremist thought and remedies for the phenomenon of Islamophobia, among other issues.

Hani Dawah’s motto in life is: “I admit the religion of love, wherever it takes me along the way. This is my belief and my way above, and faith I practice every day.”