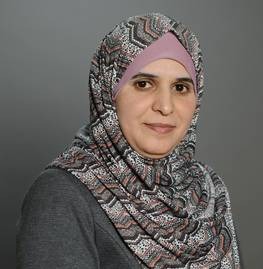 Dr. Sameera Abdulla Alrefai is currently working as an Associate Professor at the Faculty of Sharia, Department of Islamic Studies, Yarmouk University, Jordan. Dr.Sameera has participated in several conferences and events of various topics such as the fourth international conference for scientific research, titled “Scientific Research Pillar of Sustainable Development in the Digital Age” (2015). She is also a researcher contributing to several publications since 2011 and still has some other works in manuscript. Dr. Sameera is also an member of the World Union of Muslim Scholars, a member of the scientific counselling committee for Al Modawwana Journal, which is a Fiqhi Journal issued by the Islamic Fiqh complex in India, and a member in several arbitrating and reviewing committees, such as the arbitrating committee for researches of the annual book “The Dictionary of Divine Sunna in the Holy Qur’an”. Dr. Sameera is widely interested in IRD and ambitious in supervising and discussing topics in this domain.