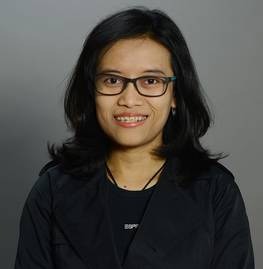 Amanah Nurish received her Ph.D from the Indonesian Consortium for Religious Studies (ICRS), Gadjah Mada University – Yogyakarta, Indonesia. She is actively involved with several research projects as well as assessment for the program on religion, environment, development, and empowerment. Her special focus in the field of religious studies is on minority religions in Southeast Asia, especially the Baha’i community. She has been involved for many years with religious minority and interfaith issues. She intensively advocates for the civil rights of the Baha’i community, as a non-official religious community in Indonesia. Amanah is a dedicated scholar and social worker, working in both the academic environment and NGOs. She was a member of a Ford Foundation-sponsored research team on population, religion, and family planning that investigated target areas in Central Java. She has been a visiting research scholar at several outstanding universities such as: Utrecht University – The Netherland, National University of Singapore, Chulalongkorn University - Thailand, and Temple University – United States, etc.