Prevention and Response: The Contribution of Religious Leaders to Counteracting Violent Extremism and Promoting Social Solidarity in Europe

In recent weeks, Austria and France have sadly become the latest countries in Europe to be affected by violence linked to religious concerns. In the aftermath of a terror attack, religious leaders carry heavy responsibilities; not only as leaders of communities which need reassurance and protection, but also as intermediaries between groups and institutions among which relations may have been severely strained. The effectiveness of their responses, the support they receive from other sectors and the collaborative relationships they form can be crucial to maintaining social solidarity and preventing more crimes taking place.

The International Dialogue Centre (KAICIID) and the European Council of Religious Leaders (ECRL)- Religions for Peace Europe, have both observed with dismay the violence of the last two months. They have sought to offer representatives of different sectors an opportunity to come together to reflect on the best possible responses to violent extremism, and to identify the optimal means and areas for collaborating to manage and prevent it. Participants in the dialogue activities will consider what courses of action have had the most positive impact in the past and whether such examples can be learned from, adapted and replicated to help in other contexts. They will also analyse when and how partnerships between faith leaders and policy makers function most successfully to maintain trust and solidarity and to prevent alienation, radicalization and potential violence.

The webinar will gather a group of European religious leaders and representatives of secular organizations. The moderated conversation will address the difficult task of making the right response in the immediate aftermath of an attack, as well as the steps needed to prevent acts of violent extremism in the long term. The audience will be welcome to pose questions during the last part of the session. Ideas drawn from this discussion will both build upon and feed into a series of KAICIID initiatives designed to promote social cohesion in Europe next year. 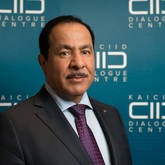 H.E. Faisal bin Muaammar is currently founder and Secretary General of two organizations focused on enhancing understanding and knowledge: the International Dialogue Centre (KAICIID) in Vienna, and the King Abdulaziz Public Library (KAPL) in Riyadh. H.E. Mr. Bin Muaammar is also Advisor to the Custodian of the Two Holy Mosques. His senior positions in the Saudi Arabian administration have included Vice Minister of Education, Advisor to the Royal Court of then-Crown Prince Abdullah bin Abdulaziz Al Saud, and Deputy of the National Guard for Cultural and Educational Affairs. 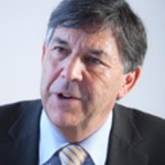 Reverend Dr. Thomas Wipf is the President of the European Interreligious Council of Religious Leaders (ECRL) – Religions for Peace Europe since 2012. He has pursued theological studies in at the universities of Basel, Münster and Zurich. Later he was given the doctorates of Theology honoris causa from the Universities Münster, Westphalia, and the University Debrecen, Hungary, for his services for European Protestantism. After his time as a protestant-reformed parish Pastor from 1975 to 1998, he was the President of the Reformed Church in Switzerland of the Community of Protestant Churches in Europe and Member of the Presidium of the Conference of European Churches. Additionally, he is the founder of the Swiss Council of Religions and served as its first President from 2006 to 2010. 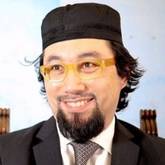 Imam Yahya Pallavicini is president of COREIS, the Islamic Religious Community of Italy, one of the principal organizations of institutional representation of Islam in Italy with a vocation for theological training, ecumenism and intercultural education in the West. Yahya has been a member of the Italian Minister of the Interior's Council on Islam in Italy since 2005. Moreover, he is a member of the ECRL European Council of Religious Leaders and ISESCO Ambassador for Dialogue among Civilizations. In 2006 Yahya supported the Message of Amman and participated among the 138 Muslim international scholars in A Common Word Initiative. Since 2015, in cooperation with the United Nations, KAICIID and other partners, he has been participating in the writing of a Plan of Action for Religious Leaders to Prevent Incitement to Violence that could lead to Atrocity Crimes. Since 2018 he has been coordinating the Muslim Jewish Leaders Council (MJLC). 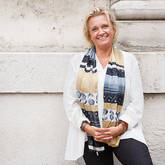 Associate Professor Dr. Regina Polak is head of the Department for Practical Theology at the Catholic-Theological Faculty at the University of Vienna. She is an expert and internationally recognized scholar and lecturer in interdisciplinary research on socio-religious transformation processes in Europe, religion in the context of migration and urbanisation and interfaith dialogue with a special focus on Jews, Christians and Muslims, including research on racism and all other forms of group-related hostility. As a practical theologian, she connects her academic work with disseminating her research results through the promotion of public and media projects on interfaith and intercultural encounters and dialogue. She is engaged in Christian-Jewish and Christian-Muslim Dialogue organisations. She is the theological advisor of the Commission on Migration of the German Bishops´ Conference 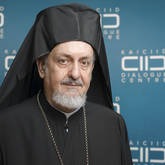 His Eminence Metropolitan Emmanuel Adamakis of France is Exarch of the Ecumenical Patriarchate of Constantinople and member of KAICIID Board of Directors Over the past 14 years, as president of the Orthodox Episcopal Assembly in France, His Eminence Metropolitan Emmanuel of France has tirelessly encouraged inter-orthodox as well as interreligious dialogue and cooperation. He is Co-President of the Council of Christian Churches of France, as well as Co-President of the World Conference of Religions for Peace (WCRP). Metropolitan Emmanuel has been a Member of the Central Committee of CEC since 2003 and a Board Member of The International Dialogue Centre (KAICIID) since 2012. He has been named “Chevalier de la Légion d’Honneur” in France, among other Church and State distinctions, for his services representing the Ecumenical Patriarchate to other faiths, and to the European Union. 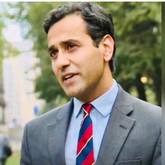 Rehman Chishti MP was the Prime Minister’s Special Envoy for Freedom of Religion or Belief from September 2019 to September 2020, taking forward 17 of the 22 recommendations of the Bishop of Truro’s Independent Review for the Foreign Secretary of FCO Support for Persecuted Christians. He successfully advised the Government to join the 31-member state International Religious Freedom Alliance (IRFA) as a founding member. In August 2020, Rehman was appointed as co-Vice Chair of the IFRA.  He has been the British Member of Parliament (MP) for Gillingham and Rainham since May 2010.  Rehman has received seven national awards and was listed by the BBC as one of the highest contributing MPs in Parliament.  Rehman campaigned passionately on the Asia Bibi blasphemy case and in November 2018 wrote a letter to the Government calling for her to be granted asylum which was eventually co-signed by over 120 parliamentarians. In 2018, Rehman was the Vice Chairman of the Conservative Party covering faith and communities. Before entering Parliament, Rehman practiced as a Barrister, specialising in criminal law. 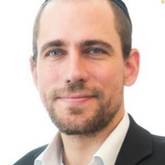 Chief Rabbi Schlomo Hofmeister has been the Community Rabbi of Vienna since 2008. He has received various rabbinic ordinations in different theoretical as well as practical areas of Jewish Law from some of the most prominent rabbinic authorities of the 20th century as well as a Master of Science degree from the London School of Economic and Political Sciences (LSE). He is a Board Member of the Conference of European Rabbis (CER); the President of the Union of Mohalim in Europe (UME); the Chief Rabbi of Lower Austria, Burgenland, Styria and Carinthia; the Secretary General of the Rabbinical Court of Austria and also the highest rabbinic representative of the Jewish Community of Austria in all interreligious and socio-political matters. 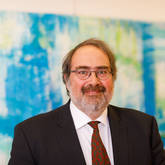 Professor Dr. Markus Ladstätter is university professor at the Graz University of Education, Executive Chairman of the World Religions Commission of the Austrian Bishops' Conference, Head of the Commission for the Interreligious Dialogue of the Diocese of Graz-Seckau and Consultor of the „Pro Oriente“ Foundation. He has studied theology, religious studies, Jewish studies and sinology in Vienna, Jerusalem and Taipei. Between 1993 and 2003, Ladstätter was research assistant at the contact point for world religions of the Austrian Bishops' Conference. Until 2006 he was university assistant in Vienna and lecturer at the Institute for Jewish Studies, the Institute for Religious Studies at the University of Vienna, Danube University Krems and at the Institute for Religious Studies at Karl-Franzens University Graz, as well as of the Vienna Theological Courses. Between 2006 and 2012 he was (founding) vice-rector of the Graz University of Education. He created and managed the educational program for the course in world religions as well as numerous interreligious encounter programs and excursions in Israel, Iran, India, China and other countries in Asia and Africa. He has participated in the “Dialogue of Cultures” task force in the Austrian Foreign Ministry. 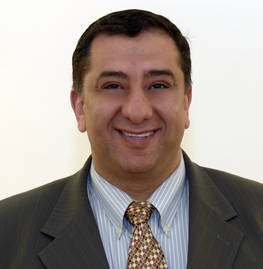 Prof. Mohammed Abu-Nimer is a Senior Adviser at the KAICIID Dialogue Centre and Professor of International Peace and Conflict Resolution at the American University. He served as the Founder and Director of Salam Institute for peace and Justice, and co-founder of Journal of Peacebuilding and Development. He has worked for over three decades in number of conflict areas, including: Middle East, Chad, Niger, Mindanao, Sri Lanka, etc., on issues related to conflict resolution; Islamic models of peacebuilding; inter-religious dialogue; civic education; forgiveness and reconciliation; and evaluation of peacebuilding programs. He has published many scholarly books and articles, and his most recent is: Making Peace with Faith (2018). 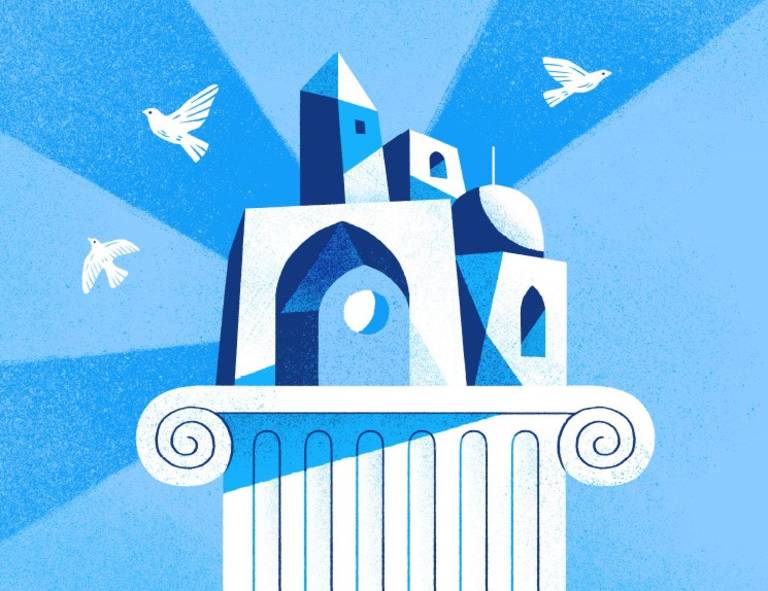 United in Diversity: Preservation of Cultural and Religious Sites 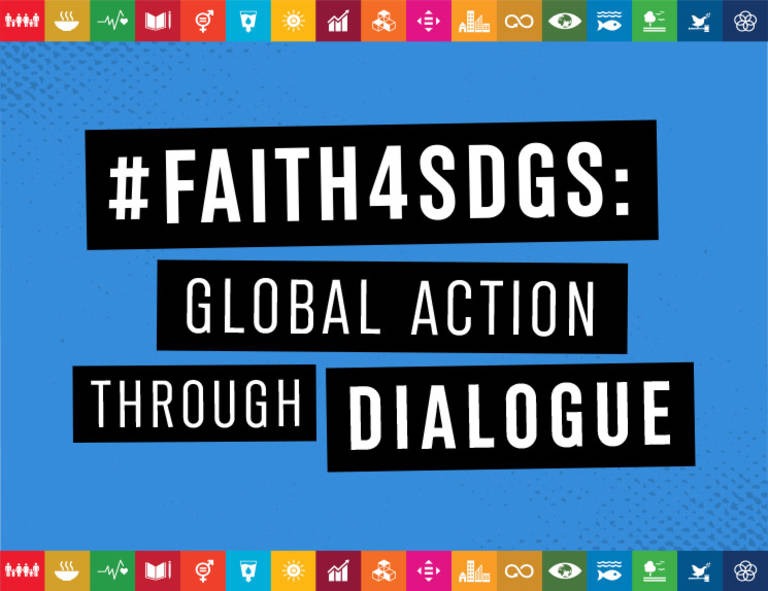