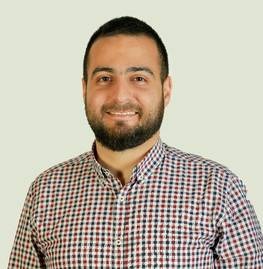 Deacon Garen holds a degree in agricultural engineering and a master’s degree in plant production and biotechnology from the Lebanese University in Beirut. He also studied in the Eparchical School of Diakonia in Lebanon and was ordained an Armenian Apostolic Orthodox Deacon in April 2018. Deacon Garen graduated from the Ecumenical Institute of Middle East in 2016. He is currently an ecumenical researcher and an active member in the Ecumenical Department Board of the Armenian Church, Catholicosate of the Great House of Cilicia.

Deacon Garen is an active member of the Armenian Church University Students Association (ACUSA) and is the chairman of World Students Christian Federation (WSCF) Lebanon Youth Ecumenical Committee. He works, teaches and acts in several Christian-Muslim interfaith programs in the Middle East and inter-churches.