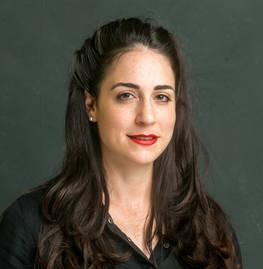 Parliamentary and Diplomatic Liaison, South African Jewish Board of Deputies

Chaya holds a Bachelor of Music (BMus) degree from the University of the Witwatersrand, as well as an extensive list of qualifications in Jewish education. Chaya regularly represents the SAJBD at civil-society and government forums, particularly regarding anti-racism, human rights, and social cohesion initiatives, where it is important that the Jewish community is vocal in its efforts to work towards a more tolerant society. Chaya is also a social cohesion advocate of the South African Department of Arts and Culture.

Chaya believes that prejudice can only thrive when there is no communication between people of different backgrounds and beliefs. It is through engaging in honest, respectful discussion that members of different faiths, as well as those of different cultures and political orientation, can overcome such negativity and connect on a human level. In the present era, and in view of the worldwide rise of religious fundamentalism and intolerance, we are seeing an ever-greater need for interreligious dialogue.