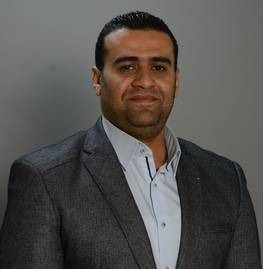 Bishoy Zayed Fikry is the dialogue coordinator at the Coptic Evangelical Organization for Social Services in Egypt. In this capacity, he works to build capacity among religious leaders and community leaders in facilitation, and to strengthen inter-community ties. He believes that this supports tolerance, pluralism and the respect of individual rights. He has formed a committee of religious leaders, from among those he has trained, to disseminate these values in their communities.
He also works on a project for young religious leaders, implemented in cooperation with the Ministry of Islamic Endowment. The New Generation program engages young Muslim and Christian religious leaders in open-minded and respectful dialogue with researchers, intellectuals, media experts, scholars and civil society leaders concerning new ideas and opinions that expands their horizons and promote understanding of issues affecting Egyptian society.
In the aftermath of sectarian violence after the Egyptian revolution, his organization was involved in organizing immediate meetings to calm the situation, and to prevent further incitement and inflammatory speech.